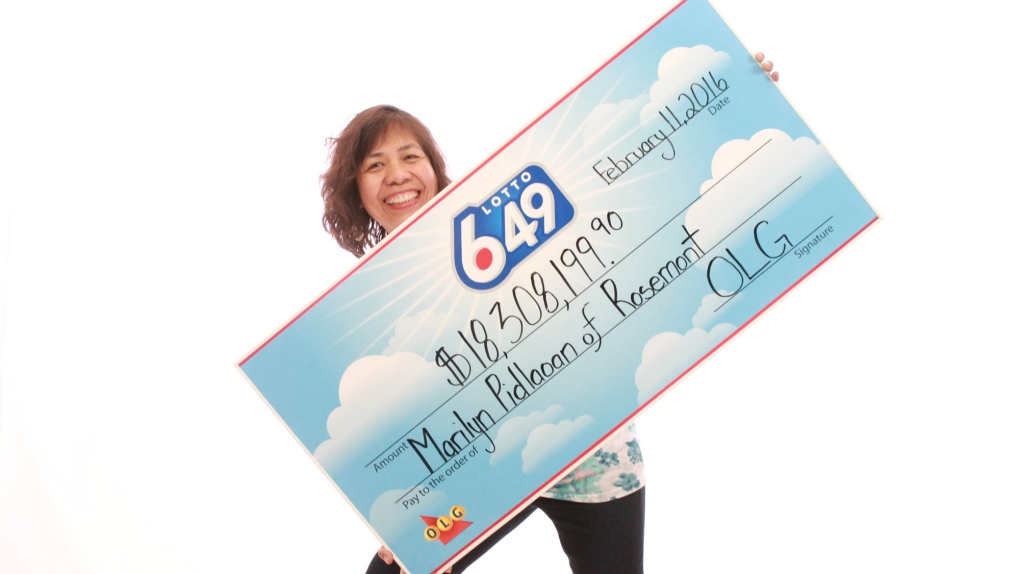 A small-town Ontario grandmother is more than $18 million richer after winning the Lotto 649 jackpot.

Pidlaoan is from the hamlet of Rosemont, a community approximately 95 kilometres northwest of Toronto.

The grandmother told OLG she'd been busy with work, and only discovered she'd won on Wednesday.

Paul, her husband, arrived at the store minutes later, and the pair discovered she'd actually won more than $18 million.

"My legs were so wobbly, I needed Paul to help me to my car," she said.

She told OLG she hasn't decided how she'll spend all her money, but that she wants to give some of it to her brothers and sisters in the Philippines. She also wants to pay for her grandson's education, and buy her husband a new tractor and a pair of cowboy boots.