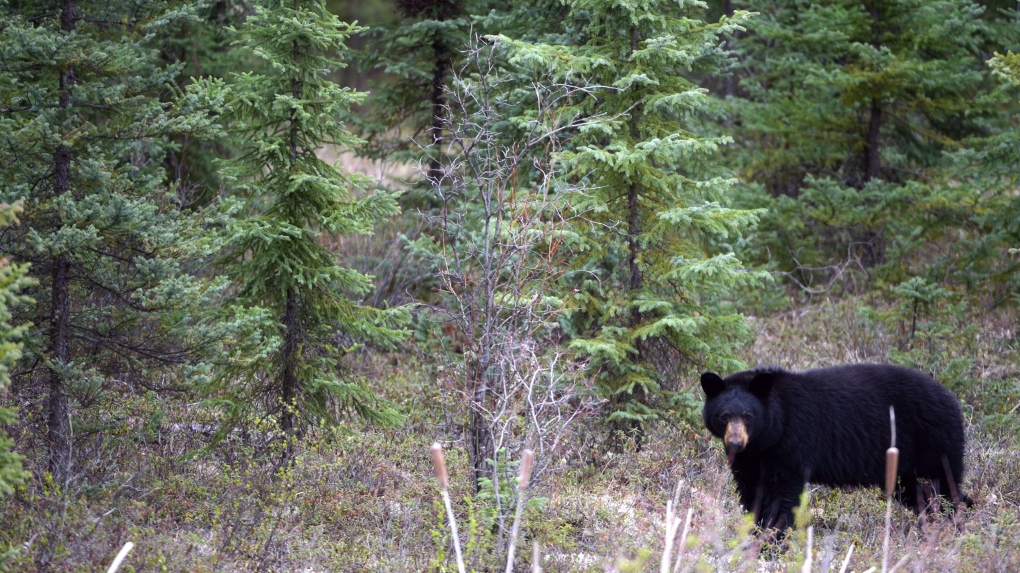 A black bear stands near the side of Highway 881 near Conklin, Alberta on Tuesday May 10, 2016. (THE CANADIAN PRESS/Jonathan Hayward)

WHITESHELL, Man. -- Officials in Manitoba say an eight-year-old girl was injured over the weekend when a black bear attacked a tent at a backcountry campsite.

The province says in a news release that the girl was camping with her family on South Cross Lake in Whiteshell Provincial Park on Saturday when the attack occurred.

The release says the family had taken many safety precautions including hanging food in a bear-proof barrel in a tree away from the campsite.

After the bear swiped the tent, injuring the girl, it climbed a tree and tried unsuccessfully to get into the food barrel.

The girl's father was able to scare the bear away from the campsite, which allowed the family time to gather some essentials, alert other campers and escape into their canoe.

The girl was treated and released from hospital with cuts to her face.

"Conservation officers are searching for the bear and there is an effort to trap it," the province said Monday, noting the animal was last seen swimming towards Caddy Lake.

"The backcountry campsite where the attack took place has been closed for the time being."

The province is reminding outdoor enthusiasts to take steps to avoid conflict with bears. It says to never approach or feed bears, and to keep dogs on a leash.

It also says to store anything that might attract a bear, such as food or garbage, in a secure building or bear-resistant container, and to make noise, travel in groups, and keep children close by.