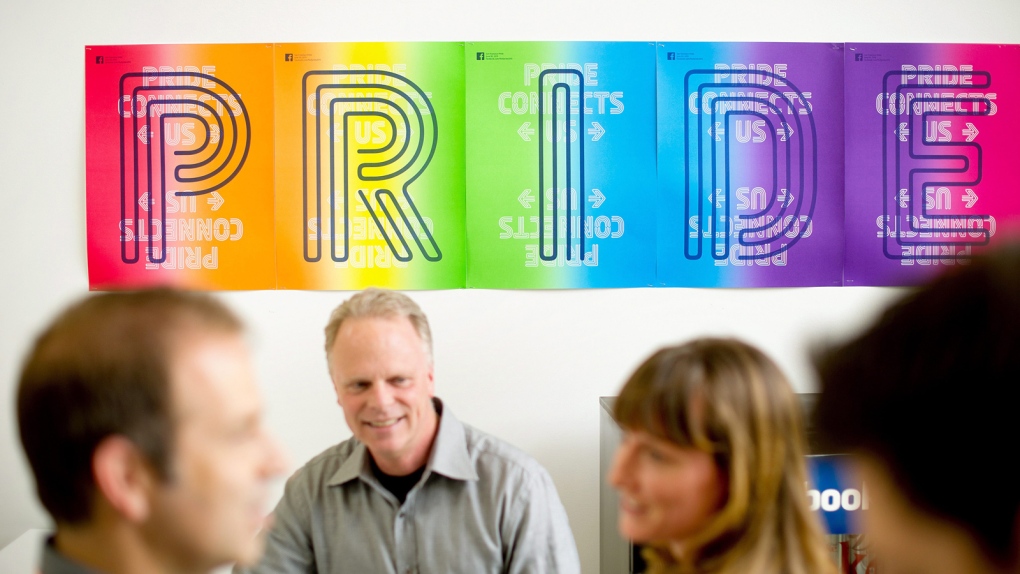 Education, hours worked, occupation and industry were controlled for because the data also showed, for example, that gay women are twice as likely to have a bachelor’s degree than straight women, and gay men are less likely to end up some higher-paying industries like construction.

Waite says this leaves discrimination as the most likely explanation, and there is some qualitative research to back up that theory.

“Court cases and attitudinal research show employers and customers, in some cases, have a preference for working with heterosexuals, so for gay men we think maybe this is explaining some of the wage disadvantage,” he explains.

For gay women, previous research suggests their advantage over straight women has more to do with “perceptions of productivity,” according to Waite.

“Employers perceive heterosexual women as most encumbered by marriage and having children,” he says.

Gay women are less likely to be parents, and when they are, employers might not worry about their productivity because there are two women sharing the child rearing, he says.

The wage gap for gay men wasn’t present in the public sector (think teachers, nurses and government workers), adding weight to the idea that discrimination explains much of the pay disparity.

Waite believes that’s because of protections in the public sector against “arbitrary evaluation” and mechanisms to address potential discrimination.

“For example, in the public sector we have unions, more formally entrenched anti-discrimination legislation and a more rigid pay scale than the private sector.”

The study is based on hundreds of thousands of couples who told 2006 Census takers they were married or living together (and were therefore also asked whether they were in heterosexual or same-sex relationships). It excluded visible minorities, immigrants and aboriginals as those groups are believed to experience discrimination for other reasons that may have been difficult to distinguish.

Waite says he and Denier believe the research could be used to decide whether sexual orientation should be included in federal employment equity legislation.

“Right now the Employment Equity Act includes women, visible minorities, aboriginals and people with disabilities, so employers have to go to some lengths to include these people,” he says.

Waite says he and Denier also considered using more recent data (like the 2011 National Household Survey), but opted to publish based on the last Census because of fewer potential issues with the quality of the data.

The findings are consistent with similar studies done in other countries, he adds. “The other studies in the U.S., Europe and Australia find the same pattern: that gay men earn less and lesbians earn more than their heterosexual counterparts.”