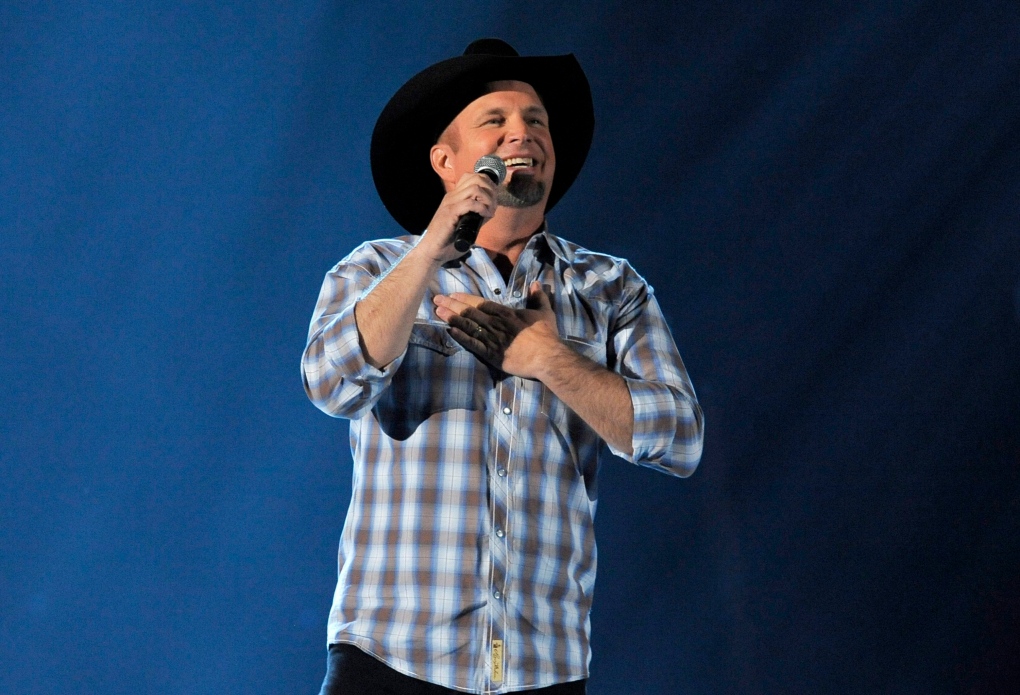 HAMILTON -- Country superstar Garth Brooks arrived in Hamilton on Thursday "fired up" for the first of five concerts amid news that his shows inadvertently bumped 228 Syrian refugees from the hotels they'd been living in.

Brooks was due to meet with the media on Thursday afternoon and reporters were eager to get his reaction to reports that an influx of fans in town for his concerts had ousted refugees from the hotel rooms they were being housed in since coming to Canada.

The singer cancelled that media appearance after bad weather rerouted his Hamilton flight to nearby Toronto. His representatives said there were no plans to reschedule.

A day earlier, it was revealed that refugees in the city were being bused to St. Catharines, about 55 kilometres away, because Brooks fans had snapped up many local hotel rooms when they ordered their concert tickets back in January.

City officials expect more than 80,000 visitors to descend on Hamilton over the next four days while Brooks is in town.

While he didn't speak with reporters, Brooks did tweet: "Fired up!!! Get ready Hamilton, we're bringing it!!! love, g."

Brooks rolled into Hamilton as part of a massive global comeback tour that launched in late 2014. It's the first time he's played the city in nearly 20 years.

The first show sold out within 45 minutes and promoters quickly announced four more shows, including a second performance on Saturday night.

Wesley Urban Ministries, which helps some of the government-assisted refugees get their footing in Canada, said they weren't surprised by the relocation.

"We knew about this temporary shortage well in advance," said Andrea Buttars, manager of resource development at the organization.

A spokeswoman for Hamilton Mayor Fred Eisenberger said she was confident in the plan to temporarily relocate the refugees.

"As the concert -- and by extension the hotel rooms -- were booked (in January) the decision to temporarily relocate the newcomers for the next four days, while disruptive, was made in advance," said Amanda Kinnaird in an email.

"Our partners in the Niagara Region were ready and accommodating."

Brooks is one of country's most endearing stars with hit singles like "Friends in Low Places" and "Thunder Rolls."

His wife Trisha Yearwood, whose most popular songs include "How Do I Live" and "Georgia Rain," will also take the stage to perform.