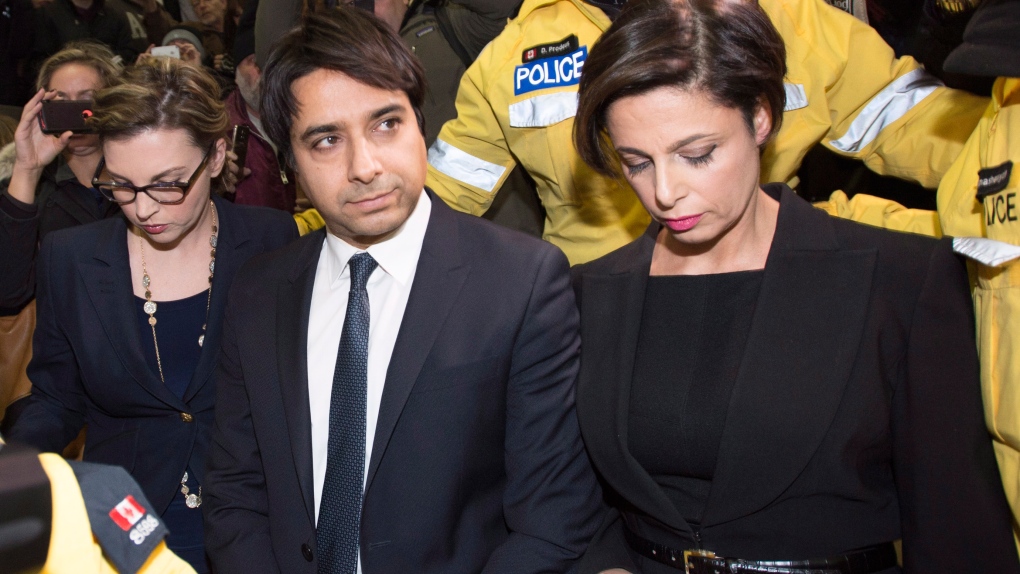 TORONTO -- As a certified celebrity, Jian Ghomeshi soared to dizzying heights of national and even international admiration before his career crashed and burned amid allegations that he used his stardom as a shield to hide his sexual predilections that police allege crossed from the kinky to the criminal.

On Monday, the courts will begin sorting out whether he engaged in consensual "rough sex," as Ghomeshi claims, or whether, as three women claim, he sexually assaulted them.

Whatever the verdict, expected several weeks down the road, it's an open question whether the former host of the CBC radio program "Q" will ever be able to recover from the barrage of bad publicity the allegations unleashed.

Those who know Ghomeshi best describe him as a complex character: thoughtful and considerate, a bit weird, possessed of an uncanny knack for connecting with people.

"I knew him to be a charming, if temperamental, narcissist who desperately wanted to be adored," Ghomeshi's friend, Leah McLaren, wrote last year in an article for Toronto Life.

Those who worked with him, according to an investigative report made public, described him as moody, often mean and disrespectful, and "creepy" toward female colleagues he worked with.

For years, however, nothing seemed to block the ever-brightening light that was Ghomeshi.

Born in England to Iranian parents before coming to the Toronto area at age 9, Ghomeshi, 48, would earn widespread accolades for a golden-voiced interview style that put his celebrity subjects at ease and elicited sensitive information.

He had initially found himself in the public spotlight as a singer-drummer with Moxy Fruvous, a modestly successful satirical folk-pop group, in the late 1980s. But in 2002, the stars began aligning for him when he shifted to broadcasting, becoming host of an arts-oriented program with Canada's public broadcaster.

Several more music-related CBC gigs followed until he had earned the street cred that allowed him in 2007 to launch his own live radio show called "Q." With its top-drawer guests succumbing to a hip Ghomeshi's soothing but persistent prodding, the program became the centrepiece of CBC Radio's lineup, with a devoted following that included many among younger Canadians.

A chat in which another Canadian icon, Leonard Cohen, discussed mortality, love and sex won plaudits. On another occasion, Beach Boys legend Brian Wilson reflected on his troubled life. Joni Mitchell discussed giving up a child with him. Neil Young, Jay Z, Paul McCartney and Barbra Streisand all faced off with him across the microphone. The invisible audience across the continent lapped it up.

When a petulant Billy Bob Thornton, an Oscar-winning actor-turned-musician, took umbrage at the questions and murmured his way through an interview in 2009 while complaining about Canadian audiences, Ghomeshi's star seemed to shine even more fiercely. The international attention the episode garnered would help pave the way for an increasingly successful "Q" foray into the vast American market in 2010.

Ghomeshi's award-winning star was burning brightly. Through it all, however, whispers about his sexual conduct with women were becoming louder.

"He used his insecurities as an excuse to be temperamental, petulant, even cruel," she wrote.

The accusatory whispers ultimately culminated in a roar of accusations and outrage in October 2014, when CBC fired him, saying it had seen "graphic evidence" that he had physically injured a woman. The ensuing scandal, which garnered international headlines and sparked a nationwide conversation about consent and sexual harassment, saw more than two dozen women allege physical or sexual assault at his hands. CBC itself came under fire for failing to stop what colleagues said was his abusive behaviour.