From disappearance to arrest: Timeline and map of key events in Calgary case 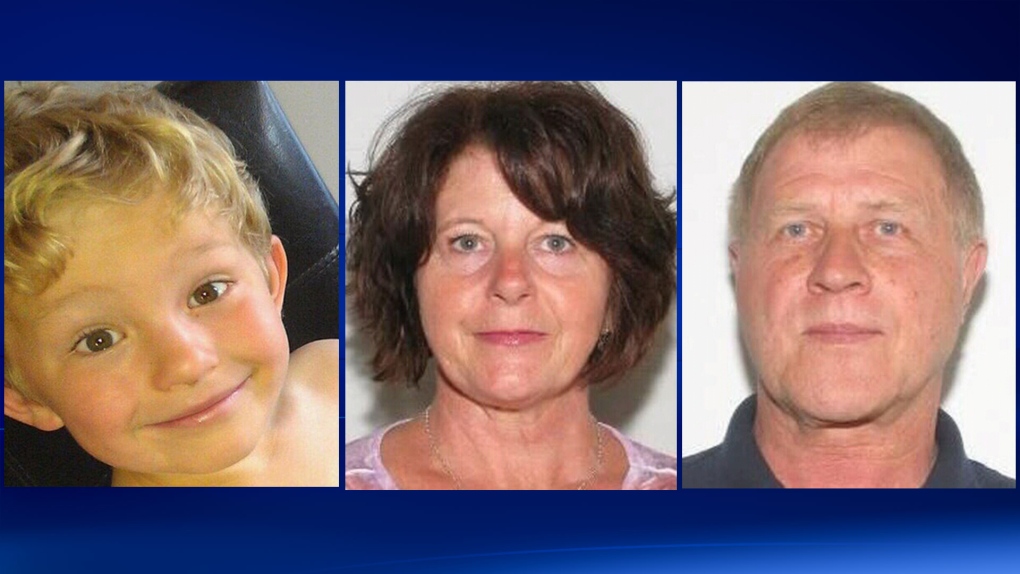 This map shows key locations in the police investigation into the disappearance of Nathan O’Brien, Kathryn Faye Liknes and Alvin Cecil Liknes.

Here’s a timeline of events in the investigation, with links to more information.


June 30 – Disappearance of Calgary boy, 5, grandparents being treated as 'suspicious'

The trio went missing over the weekend as the grandparents held an estate sale at their home.

Police say they didn’t initially issue an Amber Alert because they didn’t have a description of a suspected abductor or a vehicle, but then changed their minds.

“We have no information to go on at this time, and that’s the reason we’re reaching out to the public,” says police spokesman Kevin Brookwell.


July 1 – Calgary police: Missing boy, grandparents 'did not leave on their own volition'

Police say they’re concerned for the safety of Nathan O’Brien and his grandparents, and fear that “foul play” was involved in their disappearance.

Calgary police spokesman Duty Insp. Keith Cain says the grandparents’ house showed signs they “did not leave on their own volition.”

The parents of five-year-old Nathan O’Brien issue a public plea for the return of their son and the boy’s maternal grandparents Kathryn Faye Liknes and Alvin Cecil Liknes.

Rod O’Brien, Nathan’s father, asks that “whoever has Nathan, to find it in your heart to drop off our little angel … to where he can be rescued and reunited with his family.”

Police Staff Sgt. Doug Andrus says the grandparents were in the process of moving out of their Calgary home, and held an estate sale the same weekend they went missing.

Investigators appeal to anyone who attended the estate sale on June 28-29 to speak to police.

In a chilling remark, Staff Sgt. Doug Andrus says evidence at the scene indicates someone would be in “medical distress.”

Police also say they want to speak to the driver of a green truck captured on surveillance video.


July 7 – Who is Douglas Garland, 'person of interest' in Calgary Amber Alert case?

More details emerge on Douglas Garland, described by police as a “person of interest” in the case.

On July 7, Garland appears in court on unrelated charges stemming from his use of a false identity in the 1990s, when he lived in British Columbia.

Calgary police spokesman Kevin Brookwell confirms Douglas Garland’s sister is in a relationship with a member of the Liknes family.

Brookwell also says Garland isn’t the only “person of interest” in the case.

Investigators hold out hope that Nathan O’Brien, Kathryn Faye Liknes and Alvin Cecil Liknes will be found alive, and an Amber Alert remains in effect.

Police search a municipal dump in northwest Calgary in connection with the missing persons case.

Meanwhile, person of interest Douglas Garland appears in court via closed-circuit camera on an identity-theft charge unrelated to the missing persons case. Lawyers agree to his release, but Garland must remain in custody until he can prove he has a permanent address.

Police descend on a second Calgary landfill to search for clues into the missing persons case. Officials say some items have been taken from the dump sites for analysis, but it’s not clear if they are relevant to the case.

Investigators searching a rural property north of Calgary confirm that a “quantity of chemicals” was found at the farm in Airdrie. Police say it’s too early to speculate on whether the chemicals are part of “typical farm operation” or are being “used for something else.”

Douglas Garland, still a “person of interest” in the investigation, is released from police custody on $750 bail. Garland had been charged with two counts related to identity fraud and possessing a stolen credit card.

Police said they would search the home of the grandparents once again, and continue to search through a Calgary landfill and a rural property north of Calgary.

Police make a final sweep of the grandparents’ Calgary home.

Police say they're also continuing to search a northwest Calgary landfill and a rural property and some of its surrounding lands near Airdrie, north of Calgary.