From California to Canada: A look at newspaper front pages day after Raptors historic win

For the first time ever, a team north of the border has been crowned NBA champions after the Toronto Raptors dethroned the Golden State Warriors in Game 6 of the NBA Finals.

Raptor fans flooded the streets of Toronto in the early morning hours on Friday after the team clinched its first ever NBA title after dropping Golden State 114-110. Chants of “We the North!” could be heard inside Oracle Arena in Oakland as the Raptors hoisted the Larry O’Brien Championship Trophy and waved a Canadian flag on centre court.

Kyle Lowry, who scored 26 points and helped the team clinch the win, struggled to find words to describe the feeling.

“It’s surreal. I played basketball to provide for these two,” he said, gesturing to his two sons by his side. “Toronto – Canada -- we bought it home baby! We brought it home.”

The historic victory marks the first time that a team outside the U.S. won the NBA Finals. 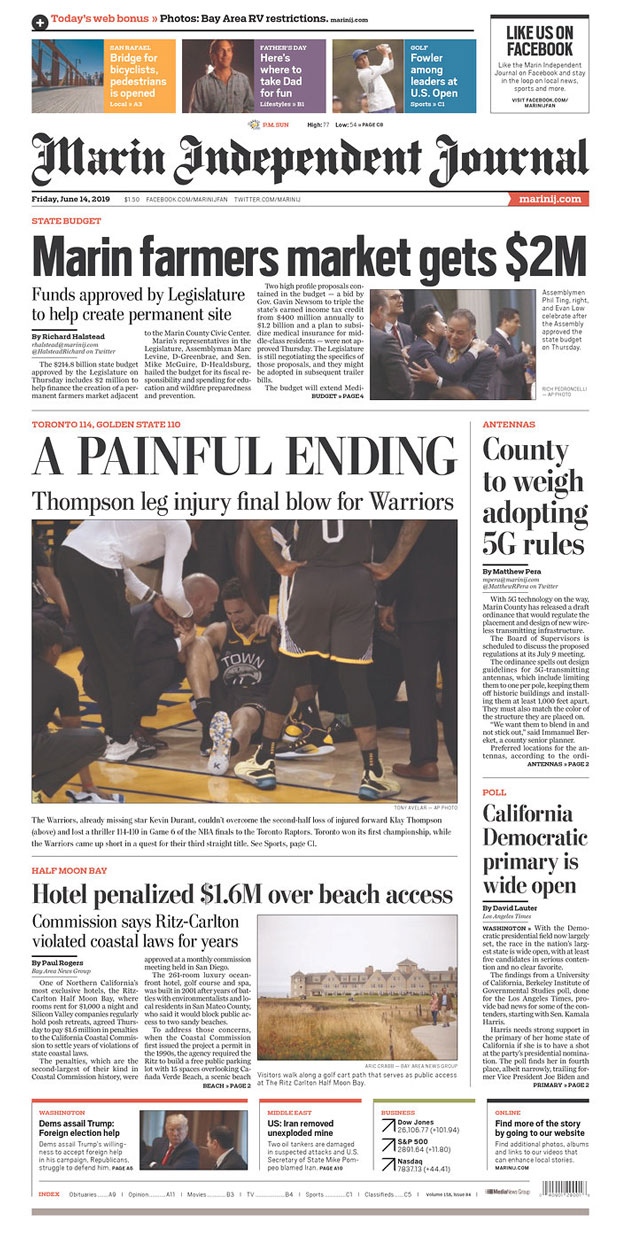 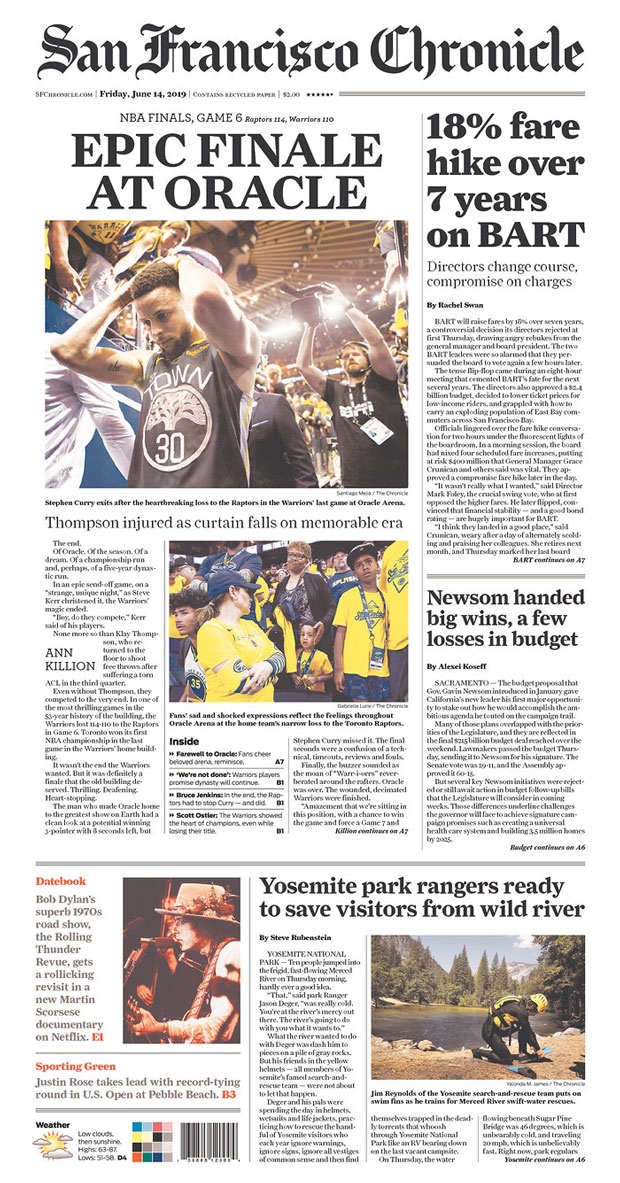 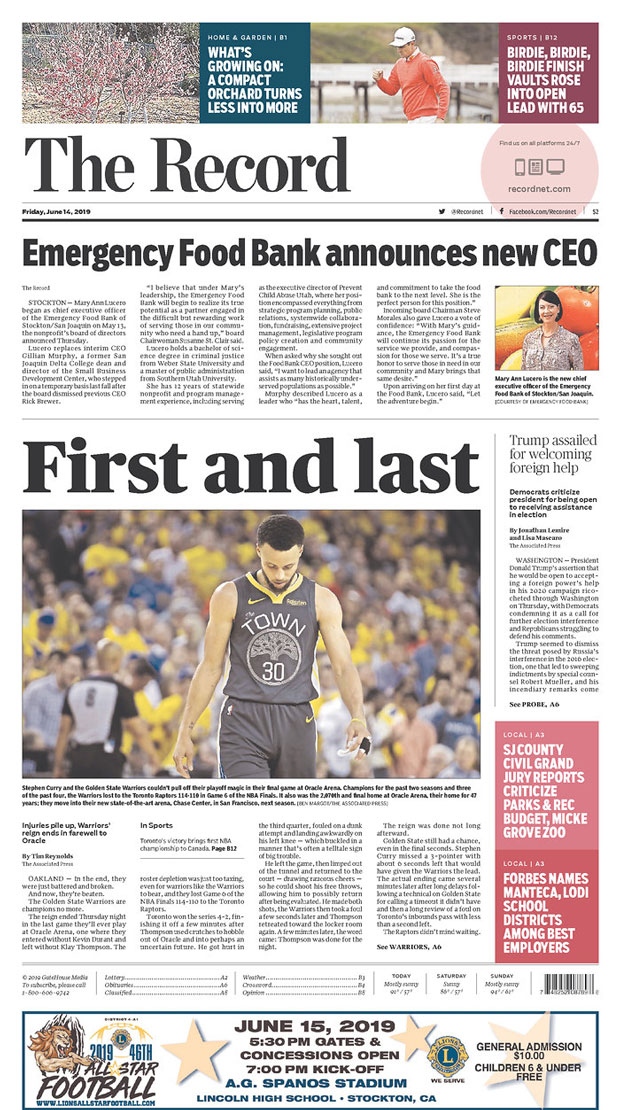 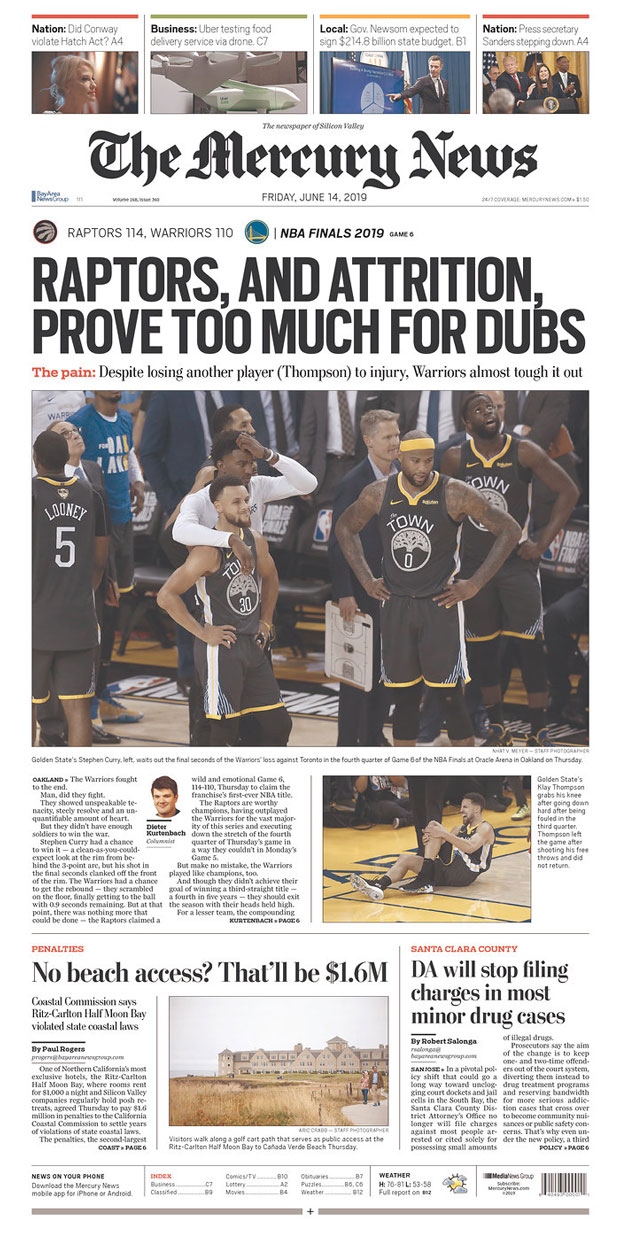 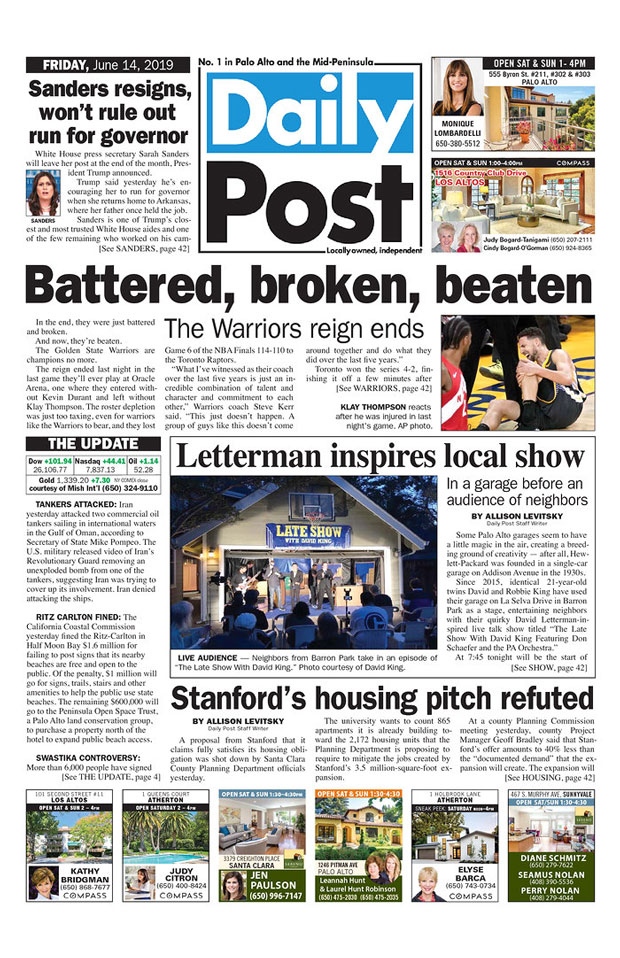 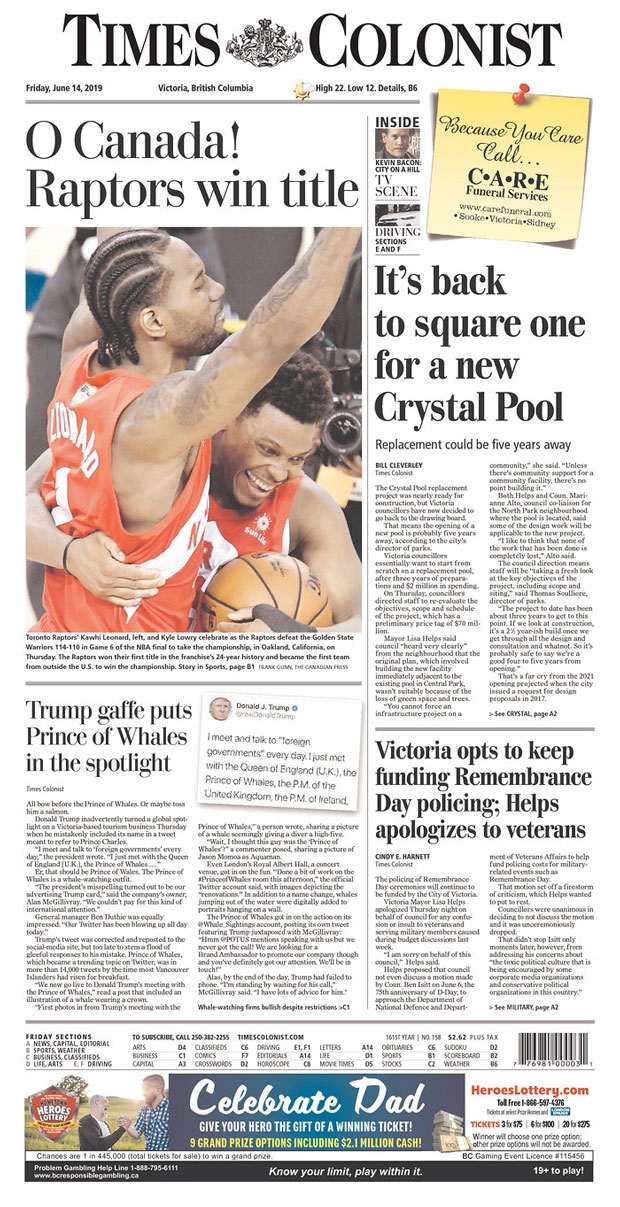 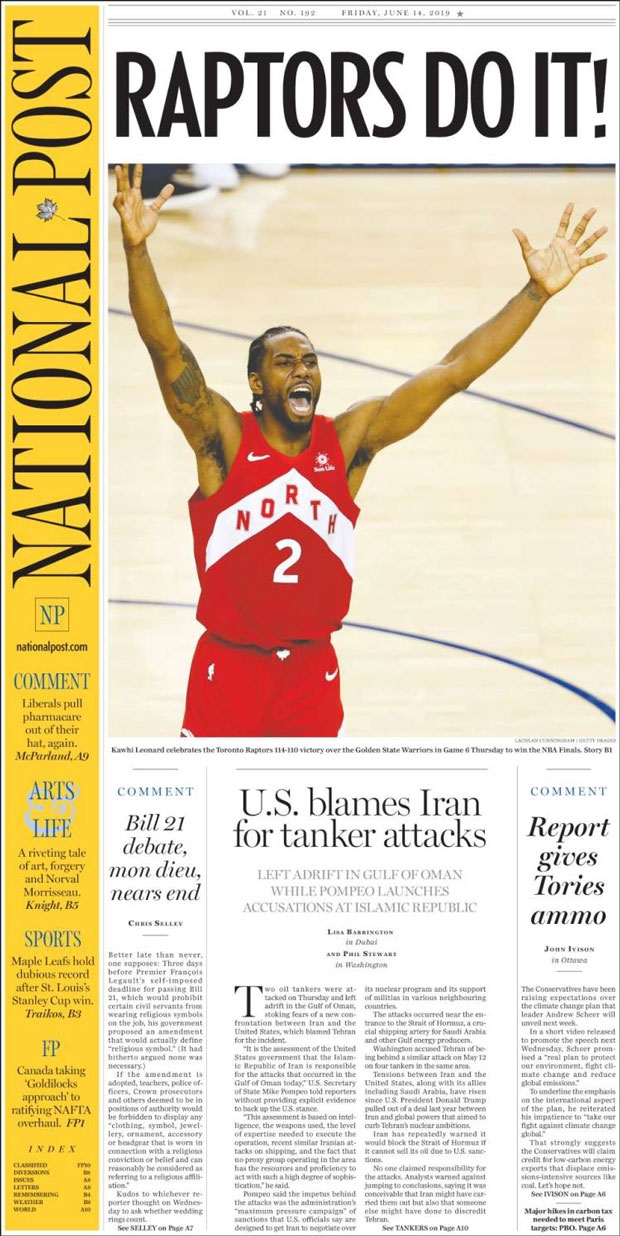 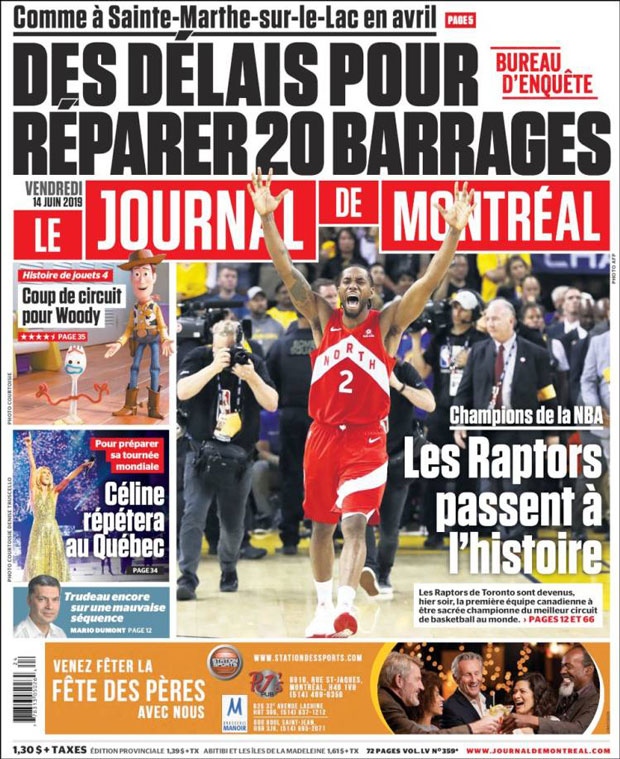 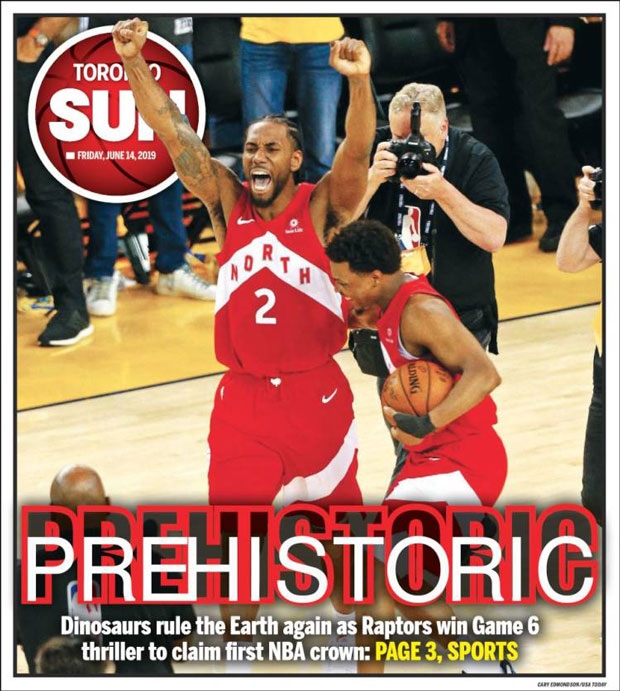 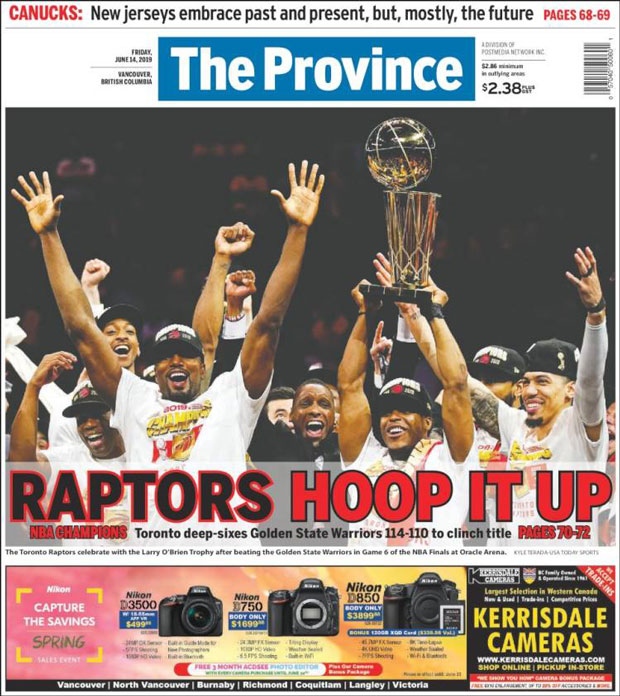 -with a file from Graham Slaughter