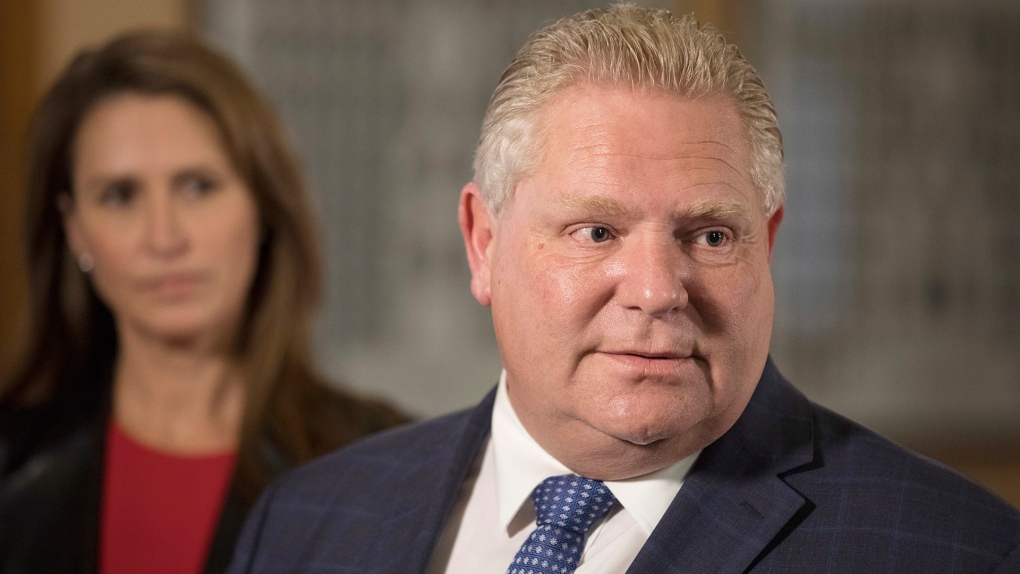 TORONTO -- The Ontario government will not move forward with a proposed policy that called for gender identity references to be removed from the sexual-education curriculum, Premier Doug Ford said Monday after the issue surfaced at a weekend gathering of his Progressive Conservative party.

Parental rights advocate and prominent social conservative Tanya Granic Allen had put forward a resolution Saturday that called gender identity a "Liberal ideology" and asked that references to it be deleted from the sex-ed curriculum that's currently being revamped by Ford's government.

Delegates at the convention had voted in favour of having Granic Allen's resolution debated at next year's policy gathering, prompting critics to call on Ford to denounce the entire idea.

On Monday, Ford stressed that Saturday's vote on Granic Allen's resolution was non-binding.

Ford's office followed up on his remarks with a brief statement saying the premier will "explore every option as Leader of the Ontario PC Party to prevent this resolution from moving forward."

Education Minister Lisa Thompson also stressed that the gender identity resolution at the weekend convention "has nothing at all to do with government policy."

"It was a resolution put forward to impact a policy convention that is a year from now," she said, adding that she's interested in providing a "safe and support environment" for all students.

Granic Allen -- who has raised concerns about social conservative voices being ignored in the party -- said Monday that she introduced the resolution on gender identity because Ford talked about the issue during his run for the Tory leadership.

"Doug says he listens to the people," she said. "Is he going to listen to the people? I don't know ... I'm just following Doug's lead on this issue."

Ford promised both during his run for the Tory leadership earlier this year and during the spring election campaign to repeal and replace the sex-ed curriculum, saying parents had not been adequately consulted.

He scrapped the modernized curriculum shortly after taking office and said teachers would use a document previously updated in 1998 while the province consulted parents. The government later updated that document but its moves stirred confusion about what teachers could and could not tell students about sex education.

"It speaks to a broader issue about lack of understanding," she said. "The conversation is really broader than a resolution at the Conservative convention. It's something that we need to educate people on."

Lyra Evans, the first trans person elected as a school board trustee in Canada, said she'd hoped to hear a firm denunciation of the policy from Ford and thought his response fell short.

"I definitely think it benefits trans communities in Ontario to have the premier come out and say he's not going to tolerate bigotry within his own party," she said.