Embattled Toronto Mayor Rob Ford, seemingly chastened on Friday after a week of headline-grabbing scandal, appeared defiant and in good spirits as council looks to further reduce his mayoral powers on Monday.

Despite urging that he not attend, Ford sat in the stands at the Argos East Division championship game at the Rogers Centre Sunday. Appearing relaxed, Ford shook hands in the stands, where he also posed for pictures with spectators.

Not everyone was happy to see him. Just a few feet away, a woman wearing a Hamilton Tiger-Cats jersey held a sign in this direction that read, “Our mayor’s better than your mayor.”

Flanked by his security guard and police officers, Ford was mobbed as he made his exit near the end of game.

CFL commissioner Mark Cohon had suggested that Ford not attend the playoff game in an official capacity last Thursday, shortly after the mayor, while wearing an Argos jersey, made lewd comments while speaking to reporters.

On Friday, council unanimously passed two motions to strip Ford of some of his responsibilities after the mayor admitted on the floor of council to purchasing illegal drugs in the past two years.

On Monday, councillors plan to introduce a new motion that would scale back Ford’s office budget to that of a city councillor’s budget and remove all powers that were statutorily conferred to him. This would, among other things, make Deputy Mayor Norm Kelly chair of the mayor’s executive committee.

Ford’s lawyer George Rust-D’eye had said Ford was considering an injunction to put Monday's vote on hold, but told CP24 that as of Sunday evening he had received no instructions to seek the court order.

Ford was a no-show at the Santa Claus Parade, after organizers asked him not to attend, but did speak briefly with reporters as he and his brother, Coun. Doug Ford arrived at Sun News Network TV studio to film a new show earlier Sunday.

“I feel great, just talked to my lawyers,” Ford said.

Doug Ford said he “can’t wait” for the next municipal election.

“The people … not 43 councillors, are going to determine who’s mayor,” Doug Ford said. “So they’ve trampled on his rights, people have seen that, trampled on their rights too -- we’ll go from there.”

Ford wasn’t saying much else to local media Sunday, but did appear in a one-on-one interview with U.S. broadcaster FOX News.

In the interview, which aired Sunday, Ford repeated his earlier statement that he has sought help from health-care professionals in light of his recent revelations. He remained steadfast that he would not resign.

With a report from CTV Toronto's Scott Lightfoot 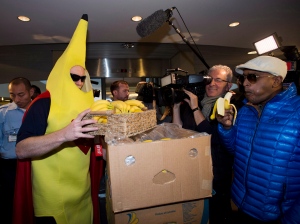 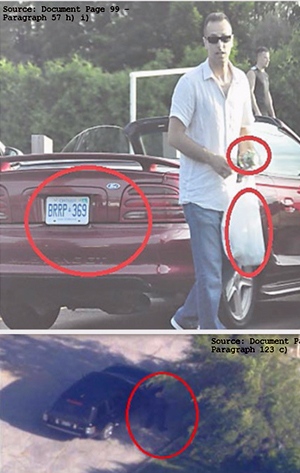