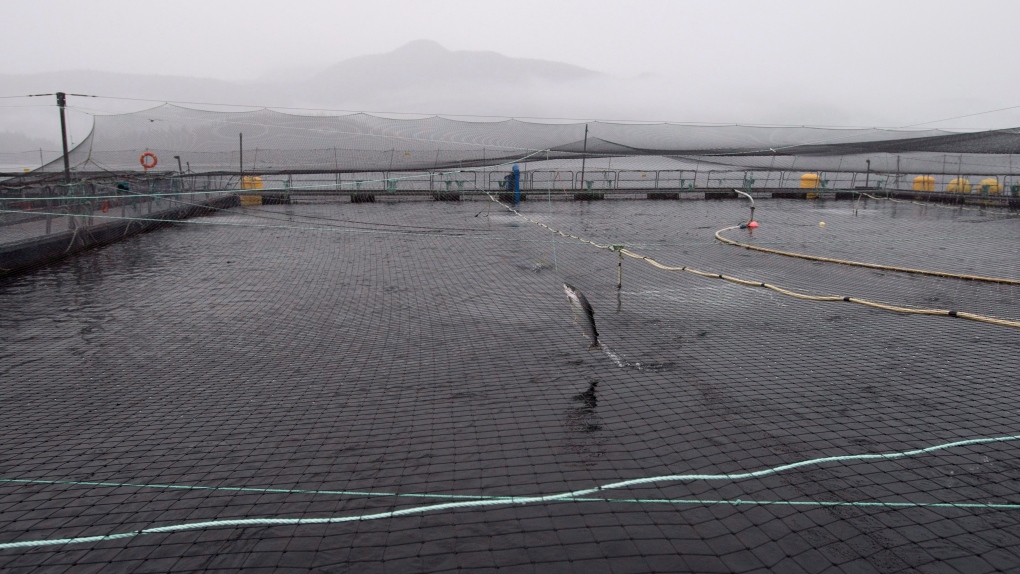 An Atlantic salmon is seen jumping inside its tank at a fish farm B.C. in this Wednesday, Oct. 31, 2018 file photo. THE CANADIAN PRESS/Jonathan Hayward

JUNEAU, ALASKA -- JUNEAU, Alaska -- The owners of a Canadian facility where thousands of Atlantic salmon escaped following a fire said it is likely predators ate most of the fish.

Mowi Canada West downplayed threats to wild salmon stocks because of the number of sea lions feeding on the 21,000 non-native salmon held in pens there, CoastAlaska reported Thursday.

"Judging by the number of sea lions congregating near the involved farm it is likely many have already been eaten by predators," the company said in a statement. "That said, we take our responsibility to prevent any impacts seriously, and will take every reasonable action to do so."

"Farmed fish can harbour parasites and viruses that can be spread to wild fish," Proboszcz said. "So that's one of the big risks that we see with an escape like this."

Fish farming is outlawed in Alaska.

In 2017, hundreds of thousands of Atlantic salmon escaped from a fish farm in Puget Sound. The following year, Washington state passed a law ordering the state's salmon farms to shut down by 2022.