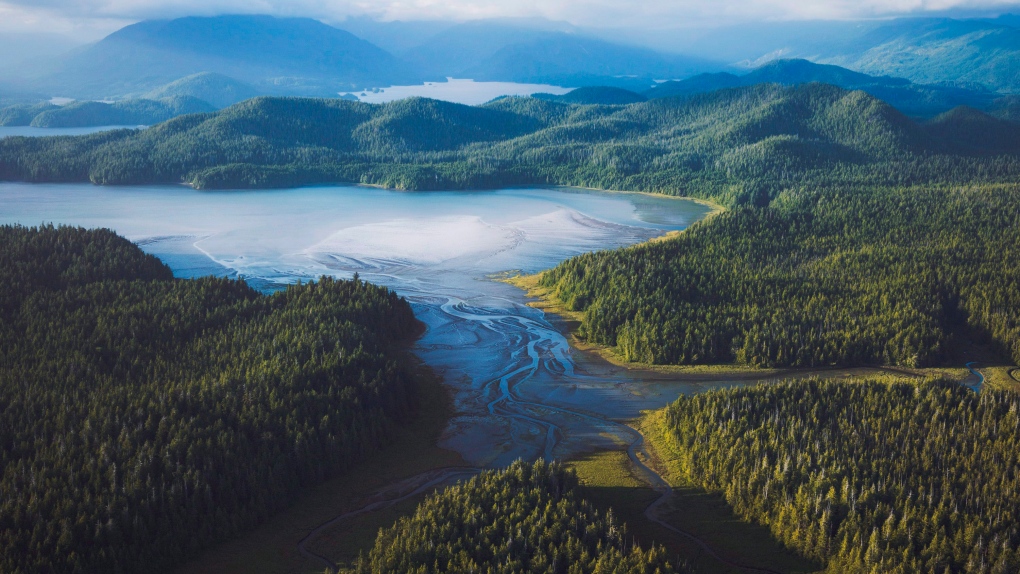 An aerial view of Clayoquot Sound, just north of Tofino, B.C., is shown this a handout photo. The Ahousaht First Nation are protesting an open-net salmon farm in the area. (THE CANADIAN PRESS/HO-Destination BC)

TOFINO, B.C. -- Members of a Vancouver Island First Nation are vowing to risk arrest rather than allow an international fish farming company to anchor an open-net salmon farm north of Tofino.

Members of the Ahousaht First Nation say they set up a boat blockade Wednesday at the site of the new farm, owned by Norwegian-based Cermaq.

The First Nation believes the applications signal a new round of fish farm expansion on the West Coast, with the Ahousaht Fish Farm Committee predicting a four-fold increase in the industry over the next 15 years.

Protesters oppose any new fish farms in the area.