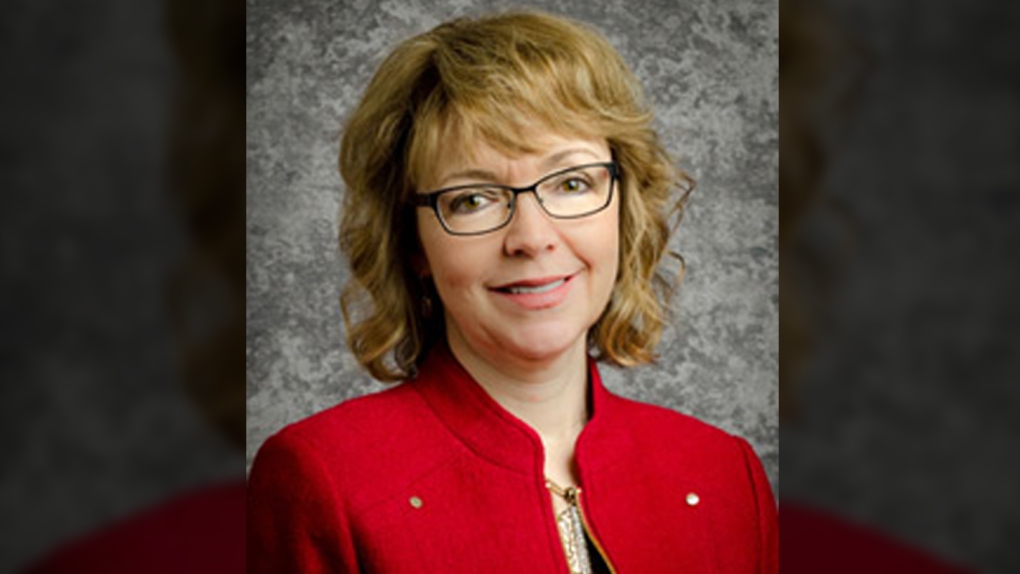 Lisa Dempster, Newfoundland and Labrador's minister of children, seniors and social development, is seen in this file photo.

ST. JOHN'S, N.L. - A provincial cabinet minister who says water is her "greatest fear" had to be rescued from her car Tuesday after being stranded on a flooded street in St. John's, N.L.

Lisa Dempster says she drove into what she thought was "a bit of water buildup" that turned into a "huge pond" during flooding in the city.

She posted a photo on Facebook of a nearby car almost up to its headlights in water, saying her own car was actually in deeper water.

Dempster, the minister of children's, seniors and social development in Newfoundland and Labrador, called 911 and says she was stranded for 45 minutes as cold water slowly seeped in.

But, she says three firefighters kept her calm and then got her out through the window, onto a ladder and then on the fire truck.

In her Facebook post, she effusively praised the firefighters for rescuing her and the other stranded motorist.