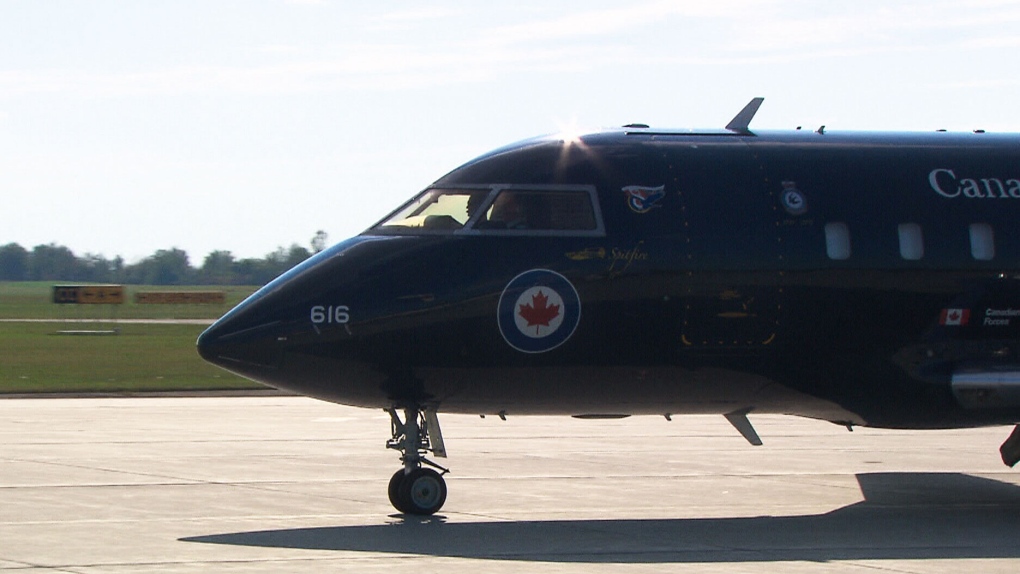 One of the federal government's Challenger jets is seen in this file image.

The $105-million contract follows recent warnings from defence officials that two of the military's four existing aircraft would no longer be allowed to fly in many countries within a few years because of outdated technology.

It also comes after Bombardier announced Friday that it was slashing 2,500 jobs from its aviation division as demand for private jets has plummeted due to the economic impacts of the COVID-19 pandemic.

Yet the decision to purchase the two new Challenger 650s could stoke criticism as governors general, prime ministers and cabinet ministers have been routinely accused in the past of using the small private jets as personal flying taxis.

The Department of National Defence announced the deal with Bombardier on Saturday, saying the new planes along with a supply of spare parts and initial training for military personnel will be delivered this summer.

"We are really pleased to be able to announce that we're going to purchase two new Challenger 650s from Bombardier," said the Defence Department's deputy minister, Jody Thomas.

"It was an excellent confluence of timing. We needed the planes with the regulatory changes."

Due to more congested airspace and the incorporation of newer digital technology such as GPS in air-traffic control, countries around the world are phasing in new standards requiring modern navigation systems on all aircraft.

Ottawa bought itself some time when it inked an agreement in December that lets the two older jets continue to fly in the U.S., but other countries are starting to bring in the same standards. Canada will implement the standards between 2021 and 2023.

Thomas defended the decision to purchase the planes from Bombardier without a competition. The new planes are similar to the military's existing Challengers, she said, which will allow them to be seamlessly integrated into the Royal Canadian Air Force.

"It made sense to buy Canadian capability when there is an innate Canadian capability," she said. "And these planes actually will fit into the fleet very easily. The same technicians. The pilots will be able to fly both types of planes."

Thomas denied the purchase amounted to a handout to Bombardier as it faces massive layoffs. Rather, she said the government saw an opportunity as the two planes were "on the line" and ready to be snapped up.

While online searches suggest the going rate for a Challenger 650 is around $40 million, Thomas said the full $105-million contract includes spare parts and training.

"We are not overpaying," she said. "It is more than just the purchase of the plane. ... And so it's too easy to just Google a number. This is the in-totality price."

The Challengers, which can carry nine passengers, have long been attached to controversy, with opposition parties of all stripes painting any use of the jets as inappropriate and wasteful.

Stephen Harper's Conservative government, which was accused of excessive use of the Challengers, made a point of retiring two of the aircraft in 2014 as a cost-cutting measure. The Tories said at the time that the move would save $1.5 million per year.

Previous governments have said the aircraft are needed because the prime minister and governor general are not allowed, for security reasons, to use commercial aircraft. Defence officials note the Challengers are also used by the military to transport senior officers and troops in some circumstances, as well as for medical evacuations.

The aircraft have also been used to carry supplies and personal protective equipment around the country during the COVID-19 crisis, Thomas said. They also ferried military personnel to Europe after a helicopter crashed off the coast of Greece in April.

"The Air Force uses these planes every day on behalf of the Canadian Armed Forces," she said. "Taking members of the Royal Canadian Navy after the Cyclone crash, that's not political. That's work. And these are the right planes to do that kind of work."