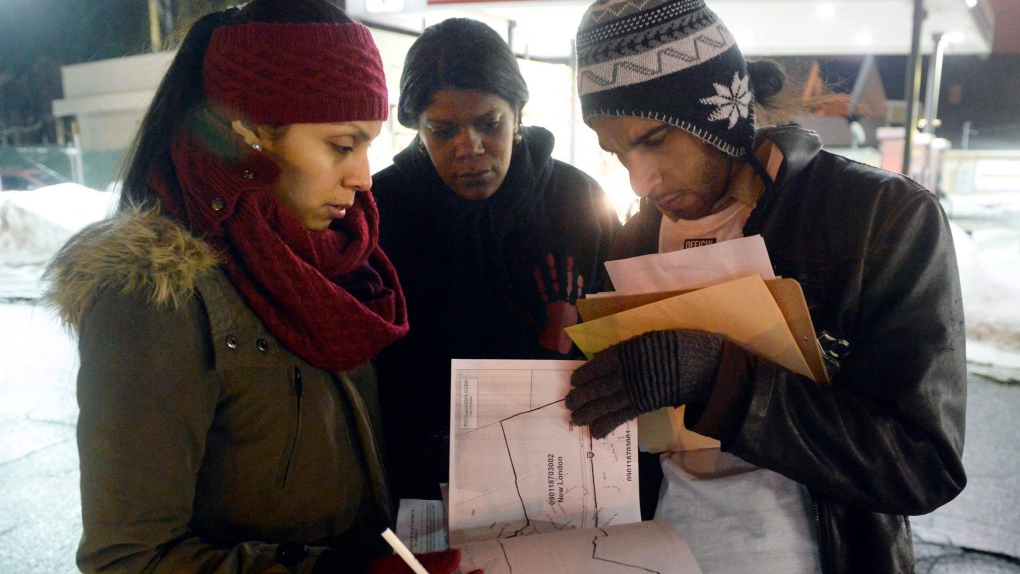 Don’t be surprised if someone with a clipboard approaches you in the next few months and asks whether you have a place to sleep.

The federal government said Wednesday that it will conduct a landmark “Point-in-Time” count of homelessness in 30 Canadian communities during a single 24-hour period, sometime before April 30.

The purpose of a PiT count is to identify nearly all individuals who are sleeping in emergency shelters or outdoors, and to survey the homeless population to determine risk factors, demographics and local needs.

PiT surveyors, who are often volunteers, will ask everyone they see outside a small number of questions to determine whether they fit the definition of homelessness.

Those who do may be asked their age, gender, aboriginal identity, and whether they are veterans.

They will also be asked whether they’re sleeping in bus shelters, vehicles, tents, abandoned buildings or emergency shelters.

And they may answer questions about what might have caused them to lose their home. For example, did they have an illness or addiction, face eviction from an apartment, experience a job loss or flee domestic abuse?

Jesse Donaldson, the PiT count coordinator for the Canadian Observatory on Homelessness at York University in Toronto, said the establishment of a federal count will allow those working to end homelessness learn more about the population they’re trying to help and measure whether particular interventions are working.

“It allows communities to make adjustments (and) try different solutions,” Donaldson said. “To know: ‘Is what we’re doing working?’”

Minister of Families, Children and Social Development Jean-Yves Duclos said in a statement that the count will give communities “a better understanding of homelessness and will develop the necessary supports where they are most needed.”

The federal government’s Homelessness Partnering Strategy (HPS) is providing $600 million over five years (from 2014-19), according to the statement.

The HPS pivoted to a “Housing First” approach in 2013. “This primarily involves moving individuals who are chronically or episodically homeless from the streets or homeless shelters directly into permanent housing,” according to Employment and Social Development Canada.

Donaldson said the federal PiT count will increase the number of communities where quality data is available, and improve estimates of the scope of the problem.

According to the Homeless Hub’s 2014 State of Homelessness in Canada report: