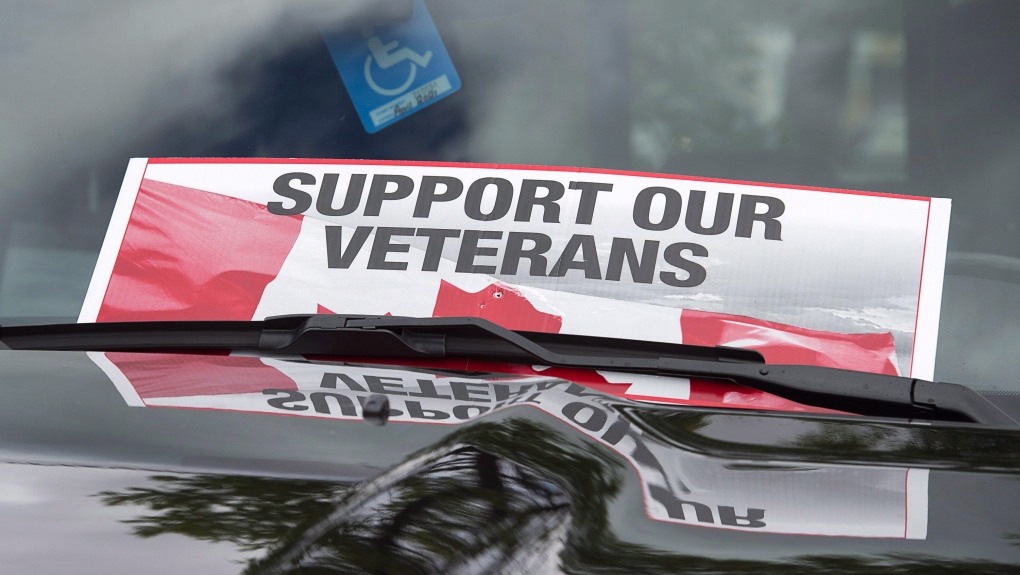 It wasn't the phone call Robert Nordlund's family had been expecting but one that dozens of other families across the country receive each year: Veterans Affairs Canada was tossing the deceased Mountie's application for disability benefits because he didn't have a surviving spouse or dependant child.

That was despite the fact that his application had sat in a backlog for two years, during which time both he and his wife died.

Nordlund had spent 36 years in uniform before retiring about nine years ago as a sergeant in the RCMP. A former rugby player for Team Canada in the 1970s, he was a tough, quiet Mountie who had loved nothing more than being in his cruiser patrolling the roads of British Columbia.

Following his retirement, however, Nordlund had started to experience mood swings and depression. There was also growing hip pain, which doctors later traced to either one of the two car accidents he'd had as a Mountie or from sitting in his car for years with a holstered gun.

"He was not sort of the type to make (disability) claims," Scott Nordlund recalls of his father. "He was kind of a tough old guy. So we always thought his hip was hurting but it got really evident about five years ago and he was like: 'Oh, it's fine. Don't worry about it."'

Nordlund did eventually submit a claim to Veterans Affairs Canada for assistance and compensation for post-traumatic stress disorder, which was approved. Then, more than two years ago, he submitted a claim for the hip.

And then he waited. And waited.

When Nordlund died of lung cancer in November at the age of 72, his application was still waiting to be assessed by Veterans Affairs. Initially, his family was told that it would continue to be processed. But then came the call on April 21: the claim was being tossed out.

"When my sister got the phone call, she said: 'I guess they were just waiting for him to die off before they put the claim through,"' Scott Nordlund says. "It's a unique situation obviously, but at the same time, you just have to wonder."

However, it confirmed that 95 applications for disability benefits were withdrawn in the last fiscal year with similar circumstances to Nordlund's claim: the military veteran or retired RCMP officer had died without an eligible surviving spouse or dependant child.

"If a veteran or RCMP member with an eligible survivor or dependant applied before their death, the application would continue and a decision would be rendered," Veterans Affairs spokesman Marc Lescoutre said in an email.

"If the applicant dies before a decision is made and there is no eligible survivor or dependant, the estate is not entitled to be paid and VAC stops processing the application."

The rule, which Lescoutre said is contained in legislation, applies even if the application has been sitting in the queue for longer than 16 weeks, which is the standard by which Veterans Affairs is supposed to complete 80 per cent of all applications.

Forty-one of the 95 applications that were withdrawn last year had been waiting more than 16 weeks to be processed. The department had a total backlog of 44,000 applications for disability benefits at the end of September, a number that has continued to increase every year.

Scott Nordlund questions why claims that have been waiting years to be processed are treated the same as those only recently submitted.

"Obviously it makes sense if the person is on their death bed and they decide to put a claim in at the last second," he says. "But not if the person has been sitting in the queue for X number of years, right?

"When my dad put the claim in, he had stage 1 cancer. So between the claim and his death obviously from cancer, you had a full cancer illness that went through its entire course before they even touched (the application) and it was still in the queue. So it's like, 'Come on, give me a break."'

The fact that his mother Elizabeth Nordlund was alive when his father initially applied for compensation for his bad hip also raises questions and concerns. She died of cancer in July.

"So if she was still alive and had held on, they still would have processed that claim," says Scott Nordlund. "So it's seems a little bit arbitrary."

Lescoutre said when the department learns a veteran is facing medical risks, their claim can be fast-tracked.

Scott Nordlund, who can appreciate the difficult task Veterans Affairs staff face in assessing claims, says his family did not expect much money from his father's claim for a bad hip. Perhaps enough to help with the funeral costs. But at this point, it's a matter of principle.

"Our situation is a little bit easier where it wasn't going to be probably a significant amount of money," he says. "I feel more bad for a situation where the person dies suddenly and their kids just turned 18 and entered university and are no longer a dependant."

This report by The Canadian Press was first published May 16, 2020.