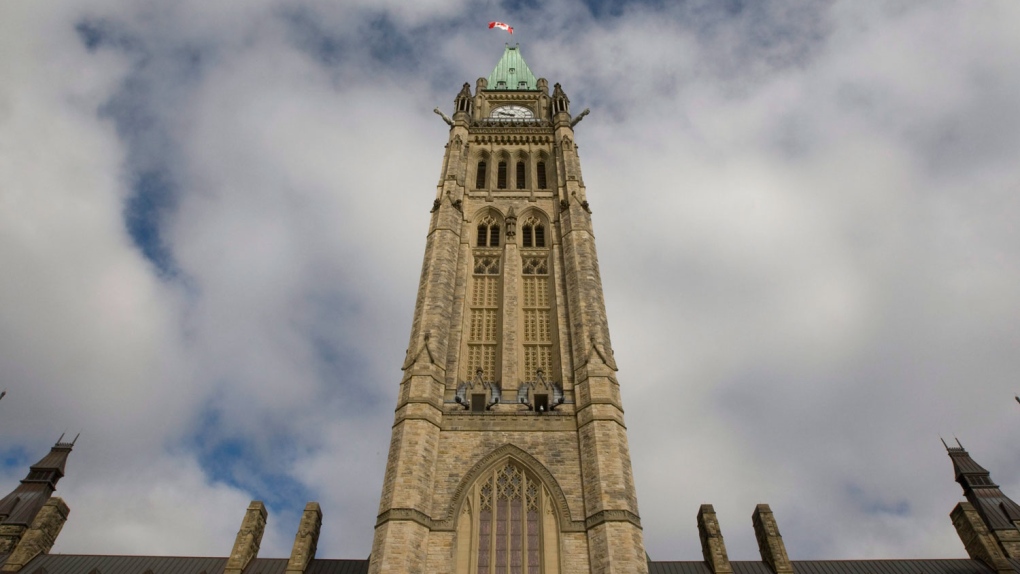 OTTAWA -- Ottawa's financial position isn't quite as sound as previously thought, with the government reporting Friday it missed its deficit target for the just completed fiscal year by $1.3 billion.

The Finance Department's final accounting on the 2011-12 year shows the federal deficit will officially be recorded at $26.2 billion, above the $24.9 billion estimate of last March's budget.

But in a statement, Finance Minister Jim Flaherty put a positive spin on the numbers. He noted the government continues to make steady progress from the previous year's $33.4-billion deficit, and the even higher $55.6-billion shortfall of 2009-10 -- an all-time high.

"This positive performance is encouraging and reflects Canada's sound economic and fiscal fundamentals," he said in a news release.

The minister points out that program spending fell 0.6 percentage points as a share of the economy in the year -- an indication austerity measures are taking a bite out of expenditures, and that at 33.8 per cent of gross domestic product, the national debt is by far the lowest in the G7.

The government will indicate whether it expects to meet this year's $21.1-billion deficit target in a few weeks with the release of the fall update, but Flaherty cautioned there remain very real risks to the economy.

"The global economic environment is still fragile and uncertain, and recent economic developments suggest that there are downside risks to the fiscal outlook contained in the economic action plan 2012," he said.

The government got some good news Friday, with Statistics Canada reporting 52,000 new jobs were added in September.

The fiscal reports for the first four months of the current fiscal year have also been surprisingly strong given the soft conditions and, until last month, weak jobs growth.

Ottawa has so far posted a deficit of $3 billion in the first third of the year, well on pace to meet that annual target.

Economists say it is not unusual for the government's final results to differ from the monthly numbers, or even the budget estimates.

For the year, the government said revenues increased $8.1 billion, or 3.4 per cent, while program expenses rose only by about $800 million, or 0.3 per cent.

Public debt charges were about $200 million higher than the previous year, reflecting the higher national debt.

The federal debt for the year increased by $31.8 billion and stood at $582.2 billion at year's end. Even so, the debt to GDP ratio inched down one-tenth of a point, meaning that the economy grew at a faster pace than the debt.