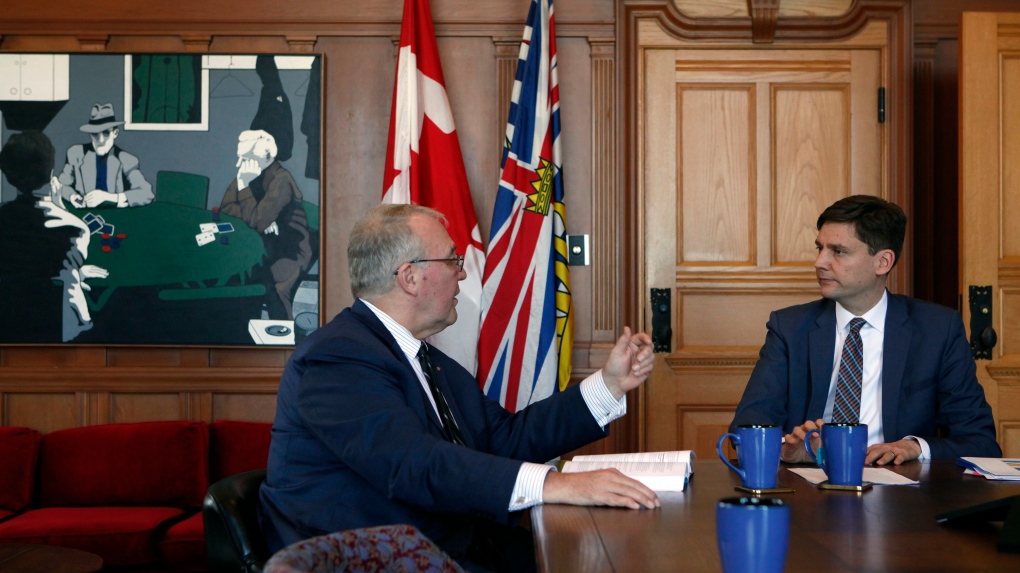 VICTORIA -- The amount of money laundered annually by organized criminals in Canada is difficult to estimate, but heightened efforts are underway to halt the flow of dirty money, Organized Crime Reduction Minister Bill Blair said Wednesday.

The former Toronto police chief said the federal government pledged to create a multi-agency task force in its budget to fight money laundering.

"I worked in organized crime for very many years and it's always been difficult because organized crime doesn't share their spread sheets with us," said Blair. "In knowing the full scope of it, we have to really rely on intelligence and the analysis of that intelligence."

Last year, an international anti-money laundering agency said organized criminals used an underground banking system in B.C. to funnel up to $1 billion annually from the proceeds of crime through casinos.

A report last June by former RCMP officer Peter German on money laundering in B.C. concluded the province's gaming industry was not prepared for the onslaught of illegal cash at the facilities and estimated more than $100 million was funnelled through them.

"There are a number of estimates that have been made, but I can say with absolute certainty money laundering is a serious criminal offence that does take place in this country," said Blair.

The federal minister and B.C. Attorney General David Eby attended a news conference at the B.C. legislature to reinforce their commitments to join forces to fight money laundering.

Eby said B.C. should be in line for the bulk of federal money and resources available to attack money laundering, regardless of how big the problem is in the province.

"Whether it's $100 million dollars or a billion dollars, whatever it is, it's very hard to know what the actual number it is," said Eby. "What we need to do is close the loopholes and ensure we're addressing the systematic issues that are leading to a lack of prosecutions, a lack of convictions in B.C. on this issue."

Eby said B.C. is waiting for the delivery of two government commissioned reports before deciding whether to call a public inquiry into money laundering at some Metro Vancouver-area casinos.

Maureen Maloney, a former B.C. deputy attorney general, was appointed last fall by Finance Minister Carole James to head an expert panel to identify and close regulatory gaps in the real estate and financial sectors that could be exploited by organized crime groups.

Eby also appointed German to conduct a second review to dig into possible links to money laundering in B.C.'s real estate sector, horse racing and the sale of luxury vehicles.