Families of ex-soldiers struggle with lack of help, resources: ombudsman 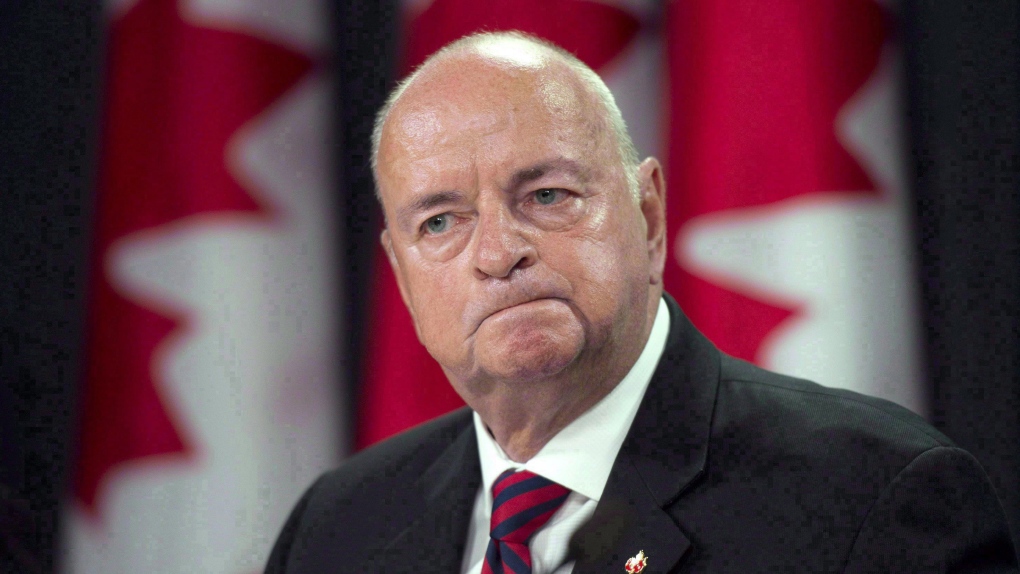 OTTAWA -- The families of ex-soldiers are often left in the dark about available programs and no one is following up to make sure they get help, says the veterans ombudsman.

A new report, released Thursday, says families of serving members get much more support now than at any other point in history, but substantial gaps remain for veterans who have left the system or are about to leave.

Ombudsman Guy Parent says there's a lack of "direct and proactive communication with families" by Veterans Affairs to explain what programs and services might be of benefit.

But more starkly, Parent says the department conducts no outreach or follow-up with families to determine not only if their needs are being met, but whether there is a crisis that may require intervention.

Many of those who shed their uniforms face a number of challenges, including finding a job and perhaps new housing in the civilian world, but those circumstances can strain families to the breaking point when the soldiers are also dealing with physical or emotional wounds.

The report, written in collaboration with the Canadian Forces ombudsman, paints a portrait of a system that appears indifferent to families who are often the primary caregivers.

"Living with a transitioning member who suffers from an (operational stress injury) can put significant stress on the family," said the analysis. "Due to stigma, families often face these stressful situations alone."

There is some relief, notably voluntary, confidential short-term counselling services. There also are provisions to reimburse travel costs for family members under certain circumstances and for respite care for caregivers, but Parent's report says the Veterans Department does a poor job of telling people what is available.

"Families need to be made aware of available programs, of how to access help and of how to identify support for mental-health issues," the ombudsman wrote. "In the absence of good communication, important programs and services, such as respite care, may go unnoticed."

Veterans Affairs Minister Kent Hehr thanked Parent for the report on Thursday, saying the government "recognizes the important role that families play as caregivers" for veterans struggling with physical or mental health issues.

"As stated in my mandate letter from the prime minister, I am working with the minister of national defence to reduce complexity, overhaul service delivery and strengthen partnerships between Veterans Affairs and National Defence," Hehr said in a statement.

During the last federal election, the Liberals promised greater education, counselling and training for families of former soldiers.

Specifically, Prime Minister Justin Trudeau's government said it would increase "support to veterans living with physical and/or mental health issues as a result of their service."

All told, the pledge to support military families was pegged at about $100 million a year.

Last week's federal budget included increases in support payments to the most seriously injured, but was largely silent on the issue of families -- except for a promise to explore "the best way to streamline and simplify the system" of financial support.

Hehr's statement did not reference those promises, but said the department is developing a veterans' families strategy in consultation with stakeholders -- something that appears to be a work in progress.

"The strategy aims to propose measures that ensure veterans' families receive the recognition, information, and support they require for their overall well-being," he said.

Transition -- where a military member has either elected to go voluntarily or been told to leave for medical reasons -- is becoming a major focus of study for defence officials and federal bureaucrats, who have increasingly realized it's period of extreme vulnerability.

Soldiers who are used to a steady pay cheque and a regimented life, can sometimes find themselves lost and unable to cope, particularly when they find themselves competing for jobs and they believe they have a limited military skill set.

The ombudsman's report warns that military families, especially among the wounded, can be "challenged in achieving both short-term and long-term financial well-being."

Reservists, many of whom were called up full-time during the Afghan war, have it harder than regular members of the Forces, and their transition out is "not as well-structured, co-ordinated and consistent."