Facts about entrapment in relation to a B.C. terrorism trial 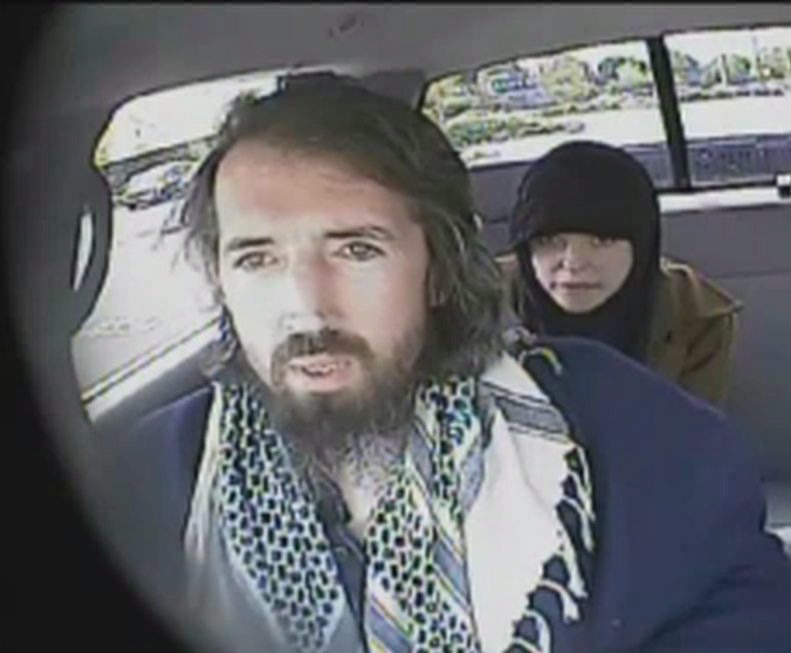 John Nuttall and Amanda Korody are shown in a still image taken from RCMP undercover video. (RCMP / THE CANADIAN PRESS)

VANCOUVER -- A ruling is expected Friday into whether a British Columbia couple found guilty of plotting to blow up the provincial legislature on Canada Day three years ago were manipulated by police. Lawyers for John Nuttall and Amanda Korody have argued their clients were entrapped by the RCMP into committing the terrorist acts. Here are some facts about entrapment:

The Supreme Court of Canada says entrapment occurs when authorities coax someone to carry out a criminal offence they would otherwise have been unlikely to commit. It can happen in one of two ways. Firstly, entrapment occurs if police provide an opportunity for someone to break the law without having reasonable grounds that this person is already engaged in or likely to engage in criminal activity. Secondly, entrapment happens if police go beyond providing an opportunity for a suspect to commit a crime and actually induce them to break the law. In Canada, entrapment is an argument against criminal liability.

How does entrapment work?

What needs to be proven?

There are two ways defence can prove entrapment. The first is by showing that law enforcement agents targeted someone randomly, without any reasonable suspicion. The second is making the case that, despite having reasonable grounds for suspicion, police went a step further and induced someone to commit an offence.

How often is entrapment argued?

Entrapment is rarely heard in court, even less so in relation to a terrorism trial. There have been only three instances in Canada where entrapment was argued in a terrorism case. None was successful. Two involved people connected to the Toronto 18 case, where police arrest 18 people accused of plotting attacks around southern Ontario in 2006. The third was in the case of Mohamed Hersi, who was sentenced to 10 years in prison after being convicted of attempting to join a terrorist group.

What are the results of an entrapment ruling?

If a judge rules that entrapment took place, a stay of proceedings is entered, which in this case means a permanent halt to the court proceedings. Although different than an acquittal, also known as a finding of not guilty, it has the same end result of allowing the accused to walk free without a criminal record. However, if a judge rules that a person wasn't entrapped, they will then register the conviction before moving on to sentencing.