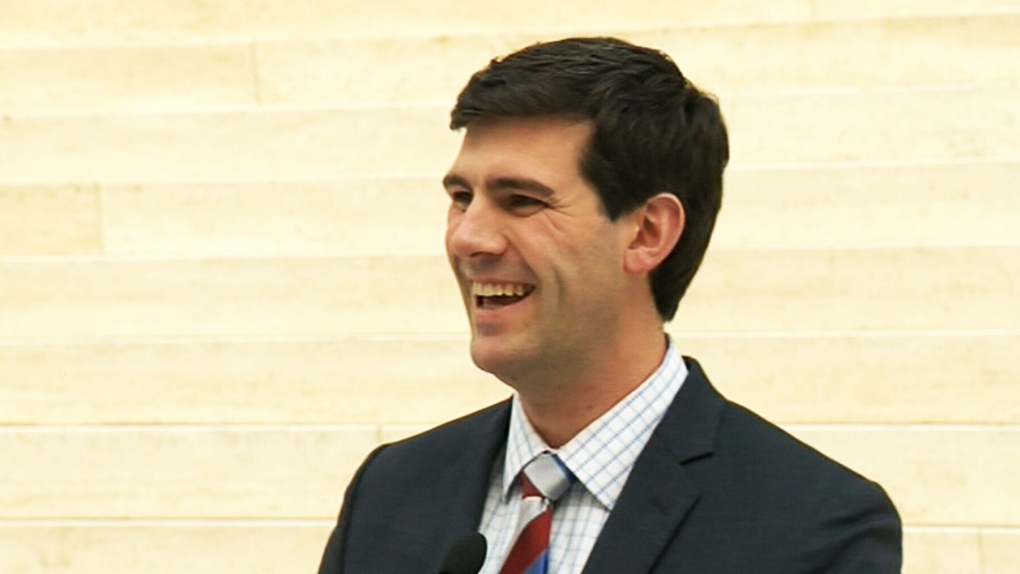 Fighting on behalf of grammar enthusiasts everywhere, Edmonton Mayor Don Iveson triumphed in his battle to add an apostrophe to the name of a new neighbourhood.

Originally on Tuesday, the Edmonton city council sided with developers who put forward the names “Stillwater,” “The Uplands” and “Rivers Edge” for three new neighbourhoods being built in the Southwest part of the city.

Iveson was the lone member of the council’s executive committee to vote against the names the developers chose.

His gripe, he said, was with the grammatically unsound “Rivers Edge.”

The development is being built near only one river, so the plural “Rivers” wouldn’t be an accurate way to describe the area. And if the name was supposed to describe the edge of a single river, there should have been an apostrophe in the name: “River’s Edge.”

On Thursday, Iveson got his way. In a Twitter post, he declared that his committee successfully passed a motion to add the missing piece of punctuation.

Small victories: the apostrophe (for River's Edge) is back after a quick cleanup motion at #yegcc's Exec Cttee this morning. #apostrophegate