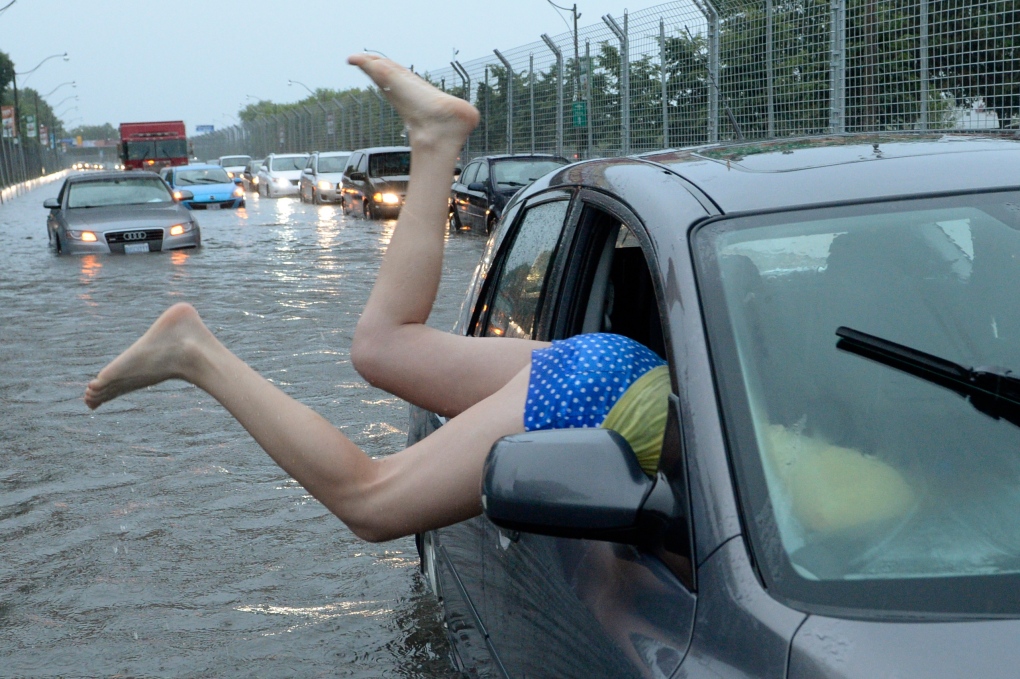 A woman gets gets back in her car in flood water on Lakeshore West during a storm in Toronto on Monday, July 8, 2013. (Frank Gunn / THE CANADIAN PRESS)

Bad news for Torontonians still reeling after Monday's record downpour: it's not over yet. Environment Canada warns that another powerful system could move over the area on Tuesday night. These dramatic Twitter and Instagram photos offer a look at what the city has been facing so far.

Trouble viewing these images? Take a look on Storify.com/CTVNews