Dozens of eagles electrocuted by power pole perch in B.C. 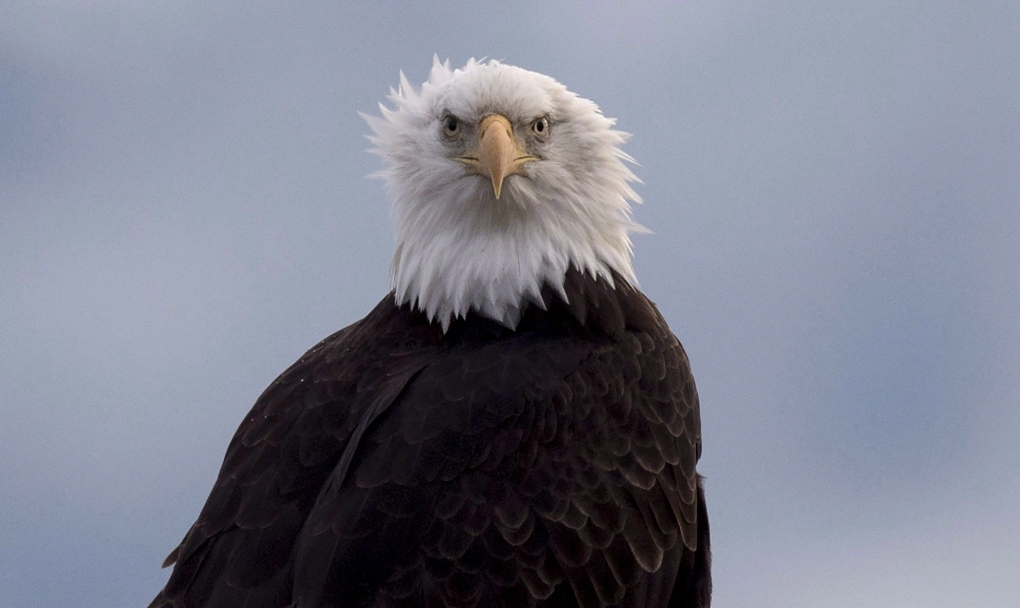 A bald eagle is seen along the Harrison River in Harrison Mills, B.C. Wednesday, Nov. 23, 2016. (THE CANADIAN PRESS/Jonathan Hayward)

DELTA, B.C. -- Dozens of bald eagles that have flocked to British Columbia's Lower Mainland this year have been killed after they perched on power poles instead of trees.

A wildlife rescue group is sounding the alarm about the electrocution deaths and is suggesting a solution.

Rob Hope, raptor care manager at the Orphaned Wildlife Rehabilitation Society, said in an interview Wednesday that almost four dozen eagles have been killed while looking for a safe place to land in the south Delta area.

The eagle numbers peak in the area between December and March as the birds look for a secondary food source after the fish runs are finished, Hope said.

The nearby Vancouver landfill and an abundance of ducks in the area on the Pacific flyway attracts the birds of prey.

"There is often a steady food source here," said Hope. "So anything migrating will stay in the local area for a while until they disperse for breeding."

He said they have noticed a large increase in eagle deaths in a small area of south Delta.

"There aren't enough trees for them to perch in, so they turn to the next best thing which is hydro poles. It's high, they can observe everything and they're safe up there."

The society has counted 47 eagles electrocuted in the area and just two of those birds survived. Hope said it's unclear if the surviving eagles will ever recover enough to be freed to the wild.

Hope said most of the birds are killed immediately when their wings connect to the two wires on the polls.

Several eagles have been carrying their prey with them when they were shocked, he said.

"Sometimes those guys can get lucky and some of them will survive because the electricity has entered the body, but the quickest way to ground is through their prey."

Hope said the solution could be relatively inexpensive and as easy as building another perch made of two-by-fours above the power lines on the pole.

BC Hydro spokeswoman Mora Scott said the utility has noticed a steady increase in power line contacts involving eagles in certain sections of the Lower Mainland and on Vancouver Island, but she didn't know how many birds are electrocuted each year.

Scott said crews are always working on ways to keep birds away from the lines, both for their safety and to stop the power from going out.

"We build perches and guards and line-under builds, basically like platforms for them to safely rest on. We also install these things called bird diverters."

The diverters are similar to reflectors and increase the visibility of the power line, she explained.

"This allows the bird to see the obstruction ahead of time and helps to prevent collisions with the power lines."

For new projects or pole renewals where they know that birds perch, the utility makes design changes to install platforms and spread the lines apart, reducing the risk of the birds making contact with both lines at the same time, she said.

The utility works with wildlife groups year-round and Scott said the information they supply helps save many animals.