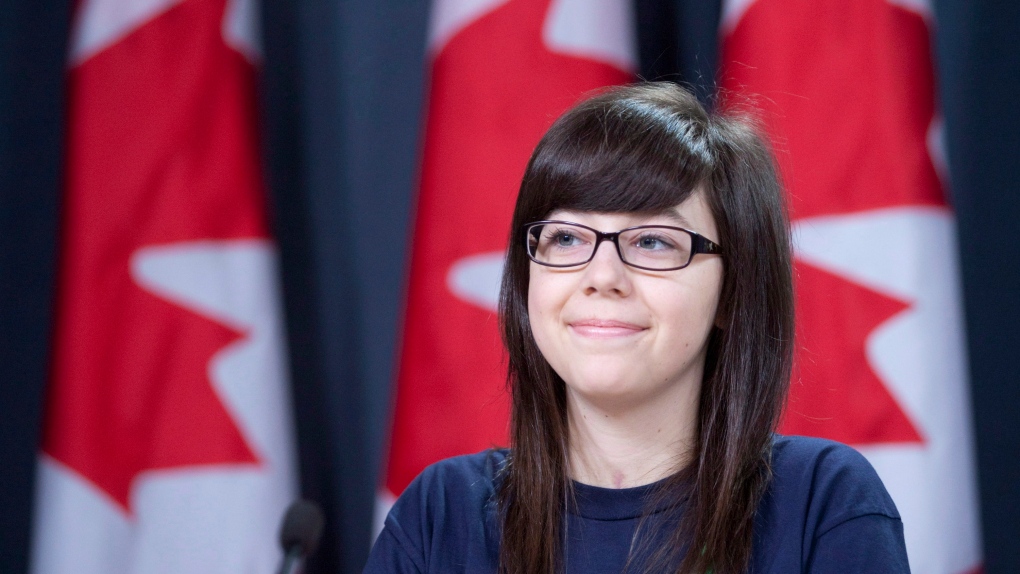 OTTAWA -- Double-lung transplant recipient Helene Campbell says she her recovery is going "fairly well" except for a problem with blood circulation.

The 21-year-old Ottawa native says on her blog that though her lungs are producing the right amount of oxygen, her red blood cells aren't properly circulating the oxygen around her body.

Campbell wrote in a post earlier this week that doctors suspect the problem lies with her kidneys.

She tweeted that her kidneys need some "pep talks" and called on the Twitterverse to cheer her organs up.

She says her recovery is otherwise progressing well, and that her lungs have not contracted any infections or been rejected by her body -- common issues for transplant recipients.

Campbell says she's getting lots of rest and drinking plenty of juice and water, and is also doing daily gym workouts to keep her strength up.

Since Campbell sent out the Twitter pep-talk call Thursday responses have flooded in from well-wishers.

"Hey kidneys, get going, do your workout," wrote another.

Campbell wrote on her blog that she's started writing a book about getting her new lungs since she returned home to Ottawa in July.

"Writing a book is a whole new experience for me and it has its challenges," she wrote.

"I'll promise to do my best to deliver a story that will express grrrrattitude (attitude with a little 'grrrr')."

She started a social media campaign in January to raise awareness about organ donation.

Since then she's gained international attention from the likes of television host Ellen DeGeneres and pop idol Justin Bieber, and has more than 16,000 Twitter followers.