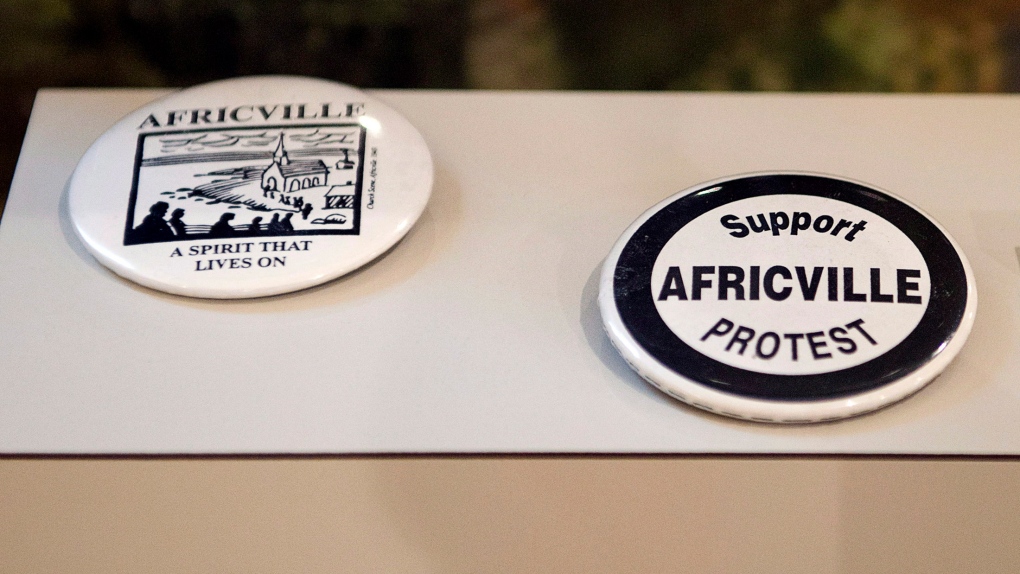 HALIFAX -- Halifax's refusal to immediately close an off-leash dog park in Africville has stirred up indignation among some members of the black community who say the decision reflects the city's continuing struggles to make amends with African-Nova Scotians.

This spring, the Africville Heritage Trust petitioned the city to decommission Africville Park as an area for locals to walk their dogs off-leash. The city council agreed last month to shut down the off-leash dog park, but not until another off-leash dog area can be found nearby.

"They don't seem to get it," said Irvine Carvery, who was relocated along with his relatives from Africville when he was 13, a move that split up his extended family.

"You have to understand the history of Africville. There's a history of promises made to the community but never kept."

Blacks first settled in Africville on the southern shore of the Bedford Basin around the mid-1800s. In the 1940s, the city began eyeing the community for development.

Despite collecting municipal taxes from Africville residents and approving the necessary funding, the city failed to provide water and sewer services to Africville.

In the 1960s, the city evicted Africville residents and demolished the settlement in the name of urban renewal. In 2010, in a bid towards reconciliation, then-mayor Peter Kelly apologized for the destruction of the community and announced $3 million to rebuild a church.

April Howe, chairwoman of the Africville Heritage Trust, said there is a disconnect between how the public space is used now and it's intended purpose.

"It just does not jive that a national historic site is also a site for dogs to be able to relieve themselves," Howe said.

But her group's request incensed some local dog owners who said it would deprive them of a unique space in the city where their pets can play and socialize in a safe environment.

Coun. Barry Dalrymple questioned what the harm would be in waiting until an alternative site can be found.

"Doing it within months jumps the queue for all kinds of other sports fields, recreation projects and everything else in all other areas of the (city)."

Howe said the Africville Heritage Trust had hoped the off-leash dog park would be decommissioned in time for the annual Africville reunion, scheduled for this Friday.

Carvery said he would have preferred to see a firm deadline for the closure of the off-leash dog park.

"We need to have some kind of assurance that it's actually going to happen," he said. "It just causes me those concerns, given the history of the relationship between Africville and the city."

Coun. Jennifer Watts, whose district encompasses Africville, said the decommissioning of the dog park will mark a step forward in the city's efforts towards reconciliation with its black community.

"We still have a lot of work to do in working around issues of racism and about looking at how we support diversity and inclusion," Watts said.

"(This) is continuously ongoing work that we need to continue to be engaged in as a municipality. ... This is sort of the next step in furthering and continuing this relationship."

The City of Halifax will host a public meeting July 23 to discuss establishing an alternative off-leash dog site.

"It's been a long struggle (but) this is definitely not the end," said Carvery. "There can never be an end. Africville was there for as long as it was and we need to ensure that Africville remains in the future."