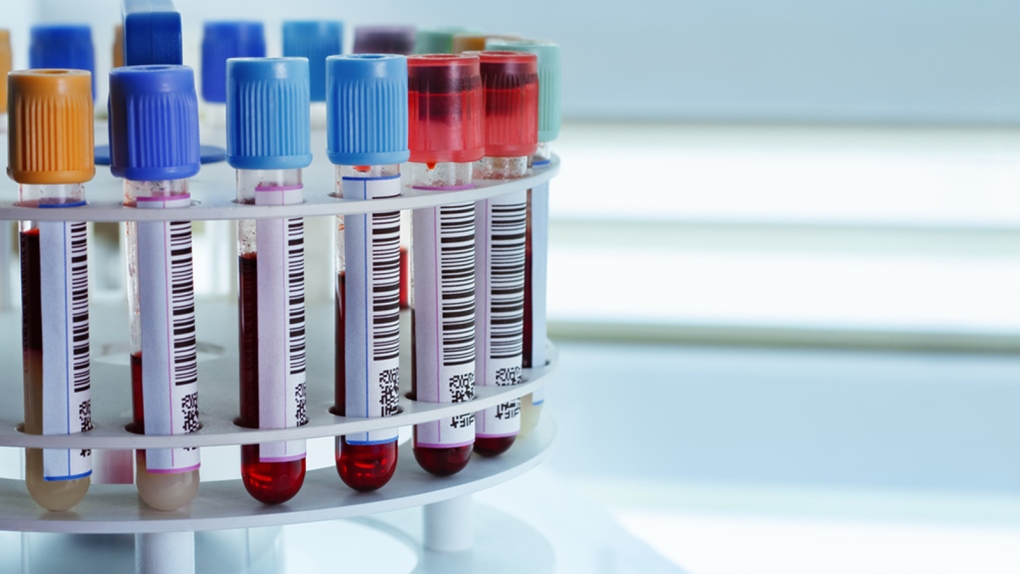 Vials of blood are pictured. (angellodeco/shutterstock.com)

TORONTO -- A police watchdog has found that provincial officers were not racially profiling when they asked more than 100 migrant workers of colour to provide DNA samples following a sexual assault in an Ontario farming community.

But the province's chief human rights commissioner says the head of the Office of the Independent Police Review Director got the definition of racial profiling wrong, and the officers' actions in this case were discriminatory.

Gerry McNeilly, the OIRPD head who looked into the incident, released his report at a news conference Tuesday morning, in which he called the officers' conduct "professional," evoking cries of "shame" from the crowd.

The incident took place in the small farming town of Bayham, Ont., in 2013. In mid-October, a woman reported to police that she had been sexually assaulted by a black migrant worker. She said the man approached her from behind while she was on her front porch, dragged her into her home and sexually assaulted her at knifepoint. She told police that the man was between 1.78 and 1.8 metres tall and looked to be in his mid- to late-20s.

Henry Cooper, a migrant worker from Trinidad, was eventually caught after refusing a DNA test. He pleaded guilty to sexual assault with a weapon, forcible confinement and uttering death threats. He was sentenced to seven years in prison.

McNeilly said that during the investigation, police requested DNA samples from every local migrant worker of colour regardless of whether their physical characteristics matched the description provided by the victim.

The perpetrator was ultimately apprehended after he refused to provide police with a DNA sample.

He later pleaded guilty and was sentenced to seven years in prison.

McNeilly's report, titled Casting The Net, came out of a complaint filed by Justicia for Migrant Workers, which alleged that police engaged in racial profiling and that the canvassing perpetuated stereotypes about racialized migrant workers.

McNeilly said the incident wasn't racial profiling because officers didn't collect the DNA based on presumptions or stereotypes about the "targeted community."

"They were motivated by concerns about what they thought was a potential unreliable description of the perpetrator, they were faced with time pressures as the workers were scheduled to leave Canada within days or weeks," he said. "Based on all the evidence I had before me, I concluded that DNA samples from migrant workers in order to find a perpetrator, although overly broad, did not rise to the level of racial profiling."

But Renu Mandhane, chief commissioner of the Ontario Human Rights Commission, said actions don't need to be motivated by stereotypes to be racial profiling.

"The director placed too much reliance on intention and on stereotypes, and those are not required for a finding of racial discrimination," she said. "There was no regard for the very specific description that the complainant gave.

"That is extremely problematic when race is the only factor tied to the DNA sweep," she said.

McNeilly's report addressed this in its recommendations for a canvassing policy.

He wrote that DNA should only be collected from individuals who "share the characteristics of the perpetrator, as determined by the investigation." But he said "reasonable allowance" can be made for the "imprecision of eyewitness descriptions of the perpetrator."

He also recommended that DNA samples of people cleared of a crime should be destroyed, and noted that all DNA canvassing has to abide by human rights laws.