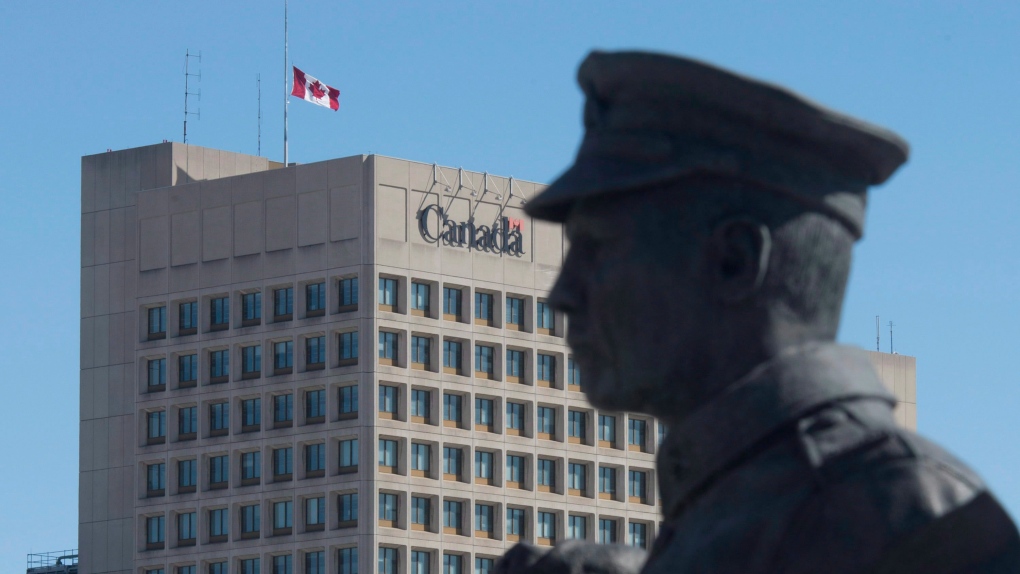 OTTAWA -- National Defence is struggling to recruit staff -- both uniformed and civilian -- at oft-maligned support units for ill and injured soldiers, as well as considering a name change for the organization following a sobering internal review.

Gen. Jonathan Vance, the country's top officer, ordered an assessment of the Joint Personnel Support Unit system last July. The Canadian Press has obtained a copy of the action plan that seeks to address the many problems identified by the review led by Brig.-Gen. David Anderson.

The plan deals with over 50 recommendations made by the team, including an urgent policy debate on how to deal with soldiers -- many of them with post-traumatic stress disorder -- who are being prescribed "non-traditional care" for their injuries.

The military's health and legal branches need to "provide policy guidance on the use of medicinal marijuana" and service dogs, the plan says.

The most critical issue, however, is chronic under-staffing, which has led to significant turnover and burn-out among those trying to deal with a flood of medically unfit soldiers assigned to 24 support centres and eight satellite locations across the country. The report noted there are approximately 1,400 clients in the system and nearly 50 of the existing 297 staff positions are vacant.

Anderson's assessment is stark, pointing out that on one base of 8,000 personnel there is only one person manning the support centre where 160 injured soldiers are posted.

Getting civilian staff hired has been an exercise in frustration, the action plan noted.

"Several critical positions have been vacant for months even though suitable candidates have been interviewed and selected," said the report, which sets a goal of dealing with the shortfall by June.

But the military is at the mercy of the public service hiring process and can only urge the Defence Department to make recruiting a priority, in much the same way it grappled with the glacial pace of filling mental-health staff positions in the medical branch two years ago.

At that time, despite having the money, the backing of the then-Conservative government and complaints from the military ombudsman, bureaucrats at Defence did not recruit a full slate of psychiatrists, psychologists and social workers until a suicide crisis gripped returning soldiers in late 2013 and early 2014.

The action plan also noted that "several critical military positions have been vacant for months because of the inability to recruit suitable reservists and delays in filling regular force positions."

Retired master warrant officer Barry Westholm, who quit the Eastern Ontario service unit in 2013 over a lack of staffing and care, says the military has only itself to blame for that. Since 2010, roughly 100 qualified ex-military members, who had been clients of the units, were released when they could have been retained even as civilians to help with the staff crunch.

The support centres, created in 2008 as fighting raged in Afghanistan, are designed to help wounded soldiers either recover, or prepare for release into the civilian world. One of the biggest complaints, initially, was that assigning injured soldiers to the centres took them away from their home units and their social support system.

Just before Christmas, Vance directed that troops on such imposed restrictions, who were not located close to their homes, be moved immediately to the centre nearest their family and friends.

"All members who are ill, injured, or transitioning to the next phase of their life should be treated with honour," said a Nov. 15 written directive to everyone in the Forces which was obtained by The Canadian Press.

The notion that Vance would have to remind soldiers to treat injured comrades with dignity speaks to the view that the service units have a bad reputation, one that the action plan described bluntly.

"Derogatory terms are used by clients themselves to describe other clients who they perceive as being lazy or playing the system," said the document.

This is something that the committee charged with the overhaul says must be dealt with immediately by staff, but will also require a long-term cultural change. Changing the name of the organization might help accomplish that, the plan suggests.