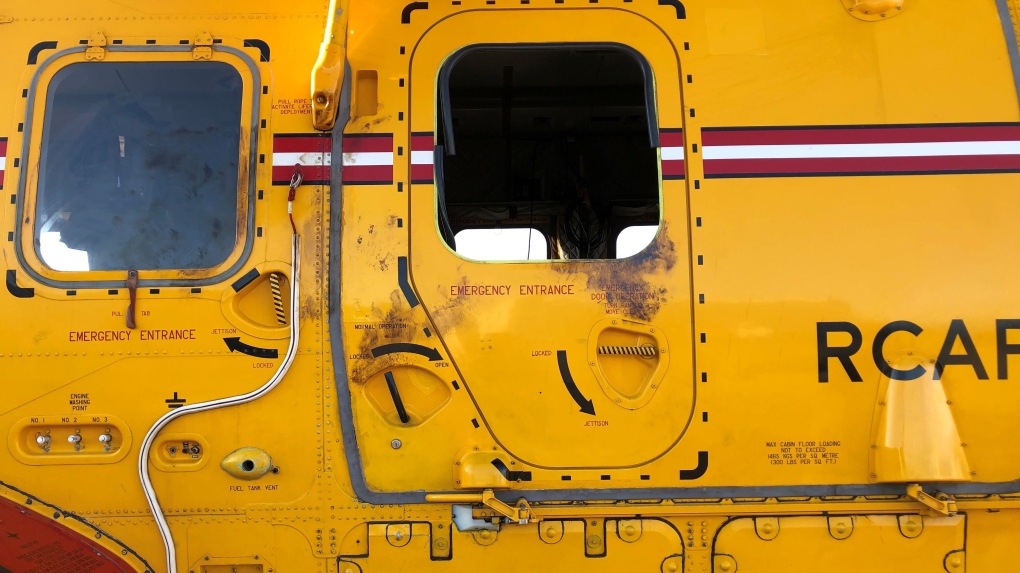 TORONTO -- The Royal Canadian Air Force says a polar bear got into a scuffle with one of its helicopters while the aircraft was parked in Newfoundland and Labrador earlier this month.

The Air Force detailed the incident in a series of tweets on Wednesday, saying a "curious polar bear came by to investigate" the CH-149 Cormorant after crew had parked the chopper at the Saglek, N.L. airfield.

The RCAF said poor weather had prevented the crew with 413 Squadron at 14 Wing Greenwood from landing at their preferred location. The crew was on a planned two-week mountain flying search-and-rescue exercise.

The polar bear caused some "superficial damage," according to the tweets with pictures showing claw markings from the bear on parts of the helicopter. The Air Force said the bear reportedly "pushed on a side door, popped out an emergency exit window and removed a small cover panel on the nose" of the chopper.

According to the RCAF, the polar bear did not get inside the helicopter and there were no crew members in the vicinity at the time of the incident.

Following the scuffle, the Air Force said crew inspected and aircraft and completed repairs before resuming flights on their training exercise.

2/3
Sometime overnight, a curious polar bear came by to investigate the helicopter, causing some superficial damage as it pushed on a side door, popped out an emergency exit window and removed a small cover panel on the nose. pic.twitter.com/5pzpl404mx