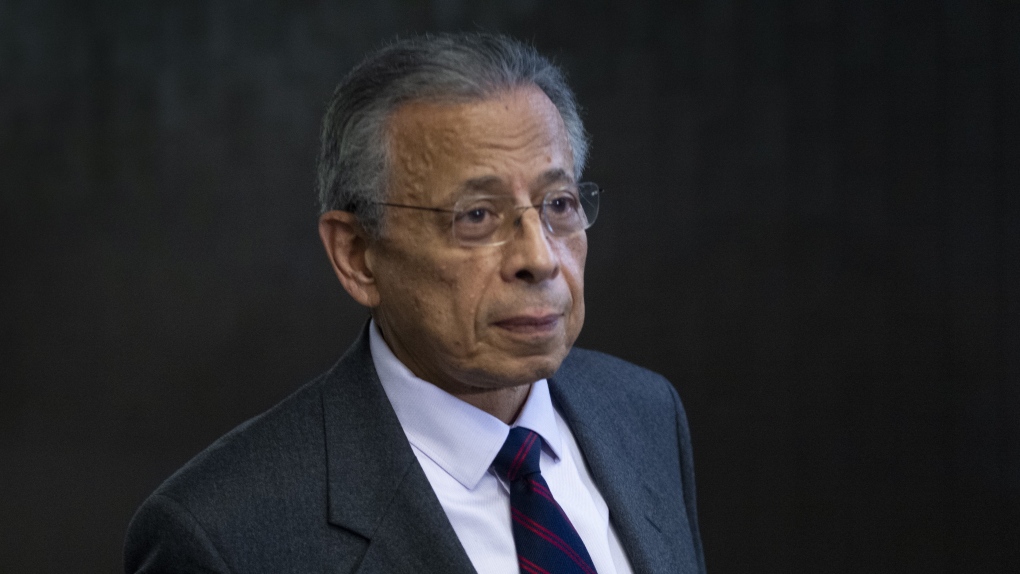 MONTREAL -- The trial of a former SNC-Lavalin executive heard Friday that the accused told an RCMP officer the gift of a luxury yacht to the son of late Libyan dictator Moammar Gadhafi was approved by the company president at the time.

RCMP investigator Alexandre Beaulieu was the prosecution's final witness in the fraud and corruption case against Sami Bebawi, accused in connection with construction contracts tied to the Gadhafi dictatorship during the late 1990s.

Bebawi, 73, faces eight charges including fraud, corruption, laundering proceeds of crime, possession of stolen goods and bribery of foreign officials. He has pleaded not guilty.

The Crown alleges Bebawi pocketed $26 million in kickbacks from contracts SNC-Lavalin secured in Libya with the help of Gadhafi's son, Saadi, whose ties made doing business in that country easier.

Beaulieu told jurors he and Bebawi had a short conversation outside a Montreal courtroom in April, during which the accused said former SNC-Lavalin president Jacques Lamarre approved the purchase of the yacht for Saadi Gadhafi.

The RCMP officer said Bebawi was frustrated that Lamarre had publicly denied any knowledge of the offer of the $25-million custom-made craft.

The jury heard that Bebawi told the officer: "He knew! He approved it!"

Beaulieu also told jurors he took a statement from one of Bebawi's subordinates that would become central to the case against the accused. He said the accused's former employee, Riadh Ben Aissa, told him Bebawi had offered him $10 million to corroborate his boss's version of events about their financial dealings.

Ben Aissa testified that Bebawi maintained pressure on him to do what was needed to keep the contracts. He became an SNC executive himself in 2007, replacing Bebawi, and he remained in that role until February 2012 when he resigned from the company.

He was arrested by authorities in Switzerland in April 2012 and subsequently signed an agreement to co-operate with the RCMP and was extradited to Canada.

Ben Aissa testified in early November that Bebawi had said the purchase of the luxury yacht for the younger Gadhafi was approved by Lamarre.

Prosecutors are trying to prove SNC-Lavalin transferred about $113 million to shell companies used to pay people who helped the company collect money and secure contracts.

It is alleged that what was left in those accounts was split between Ben Aissa and Bebawi.

This report by The Canadian Press was first published on Nov. 29, 2019.