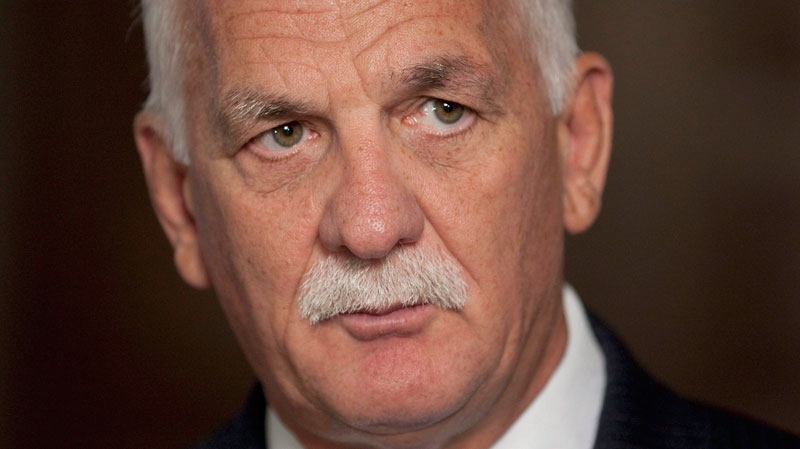 Statistics released to The Canadian Press under the federal access-to-information law show 15,871 applicants between March 2012 and this past December, down more than 40 per cent on an annualized basis compared with 2009-10.

A relatively small portion of those applications -- 8,631 -- even got through the door for processing by the Parole Board of Canada.

The board used to send back about 25 per cent of applications for various reasons, but the "error rate" in 2012 was more than 45 per cent.

The end result is a dramatic drop in the number of former convicts who are able to put their criminal past behind them and start anew.

Another 431 applications were still at screening on Dec. 6, while 4,800 had been accepted but no investigation started.

Just 66 applications that made it into the screening process were refused.

But getting through the door is now the challenge.

One private pardon service -- the equivalent of tax preparation professionals -- complains the parole board has become "almost obstructive" towards pardon applicants.

And sharply restricting the number of former offenders who are able to bury their past has ramifications: a record suspension can help the recipient get a better job or travel abroad, and is considered a powerful incentive not to reoffend.

"If you're burdened with mistakes of the past on an ongoing basis, that in itself can contribute significantly towards further problems as you go through life," Dennis Fentie, Yukon premier from 2002 to 2011, said in an interview.

"It becomes a real challenge for individuals. They're shunned. Certain doors aren't open to them."

Fentie speaks from experience. In 1975 he was convicted for his involvement in a heroin trafficking ring in Edmonton and sentenced to three years in prison. He served 17 months before being released on parole. Two decades later he received a pardon.

"In my case, I went from the penitentiary to the premier's office," said Fentie, who rose to power as leader of the conservative Yukon Party.

"And the reason I got there was because I was able to achieve that full pardon and have a clean slate in my life."

Changes to the federal pardons system all stem from the 2010 revelation by The Canadian Press that serial predator Graham James, a former junior hockey coach, was quietly granted a routine pardon in 2007.

James has since been convicted of historic assaults on two other young hockey prospects under his influence, and his pardon galvanized public opinion behind changes to the pardons system.

Parliament quickly and unanimously agreed in June 2010 to more thorough investigations of applicants to ensure a pardon would not "bring the administration of justice into disrepute."

But critics say the pendulum swung too far as the Harper government has continued exploiting the horrific James case to bolster its "tough on crime" credentials.

The Canadian Bar Association has called the changes "both unnecessary and counterproductive," while advocacy groups such as the John Howard Society say Ottawa is further punishing people who have fully paid their debt to society.

An omnibus crime bill passed last spring by the majority government put pardons out of reach for many former offenders. The measures included:

-- Doubling the crime-free waiting period to 10 years before a serious offender could apply to suspend indictable convictions, and to five years from three for summary offences.

-- Disqualifying anyone with more than three convictions for indictable offences from ever being able to apply.

-- Disqualifying convicts of child sex offences from ever being able to apply.

-- Formally changing the name of the process to a "record suspension" from a "pardon," although the practical impact is the same.

The government also quadrupled the application fee to $631 -- "ensuring that criminals pay their own way," in the words of a spokeswoman for Public Safety Minister Vic Toews.

Processing times for applications that do make it past the front gate are falling after some early problems with the increased scrutiny. The Parole Board says the average processing time in 2012 was less than half the mandated six months for summary offences and 12 months for indictable offences.

But commercial services that help pardon applicants -- for a fee -- and wade through the maze of paperwork, say adjudicators continue to set up unnecessarily clerical hurdles.

"In our 23 years of operations we have not experienced this level of scrutiny of basic forms," said Azmairnin Jadavji of Pardon Services Canada, a Vancouver-based company.

Jadavji said the Parole Board "is almost obstructive of persons trying to exercise their rights under the Criminal Records Act to seal their records."

And he said the new rules are simply driving applicants into the arms of commercial services, because they can't navigate the system without professional help.

"I don't think that was the intent of the Parole Board," said Jadavji.

There's also the matter of pardon applications filed under the old fee structure prior to March 2012. According to the Parole Board, there are 22,300 applications sitting in that backlog.