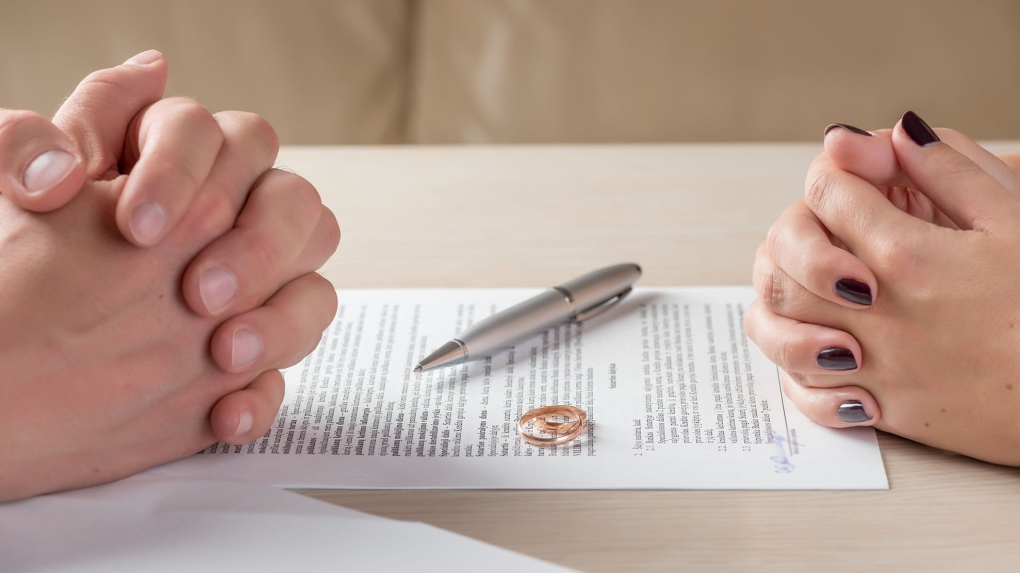 Divorced parents are turning to the court system to help settle custody disputes involving COVID-19 and their children.

TORONTO -- Divorced parents at odds over arrangements for their child’s safety during COVID-19 have been turning to Canadian courts to settle custody disputes, sometimes in an attempt to limit one parent’s access to a child.

In one case, a father temporarily lost physical access to his daughter after taking her shopping in April without a mask. The child has asthma, putting her at higher risk of complications from the virus, and the judge expressed worry that the father would continue to dismiss safety guidelines.

In another case, a judge prevented a child from visiting a cottage with his father and a group of extended family members after the child’s mother shared concerns about the size of the group. The judge acknowledged that, in normal circumstances, the summer holiday would be perfectly fine, but that in this case, considering Ontario’s guidelines on social bubbles, the risks of the trip outweighed the benefits.

Family lawyer Russell Alexander said he’s seen a “significant” number of virus-related custody disputes. A judge who recently settled a dispute between divorced parents split over their son’s back-to-school plans noted a number of similar cases since mid-August and said “without a doubt” she anticipates more.

​Resource-strapped courts are working hard to keep up with virtual hearings, but a steady stream of urgent motions, submitted by parents worried about their children’s safety, has only added to the courts' challenges. For months, judges have been urging parents and their lawyers to settle custody disputes outside of court.

But the issue is bigger than just the cases that end up before a judge, Alexander said.

“There are lots of families who cannot afford to litigate these issues,” Alexander told CTVNews.ca in a phone interview Friday, pointing out that many parents have been laid off or are relying on government aid. “So I think it’s a lot more common out there, but parents don’t have the resources to argue these cases.”

Earlier this year, the Law Society of Ontario launched a hotline for callers to discuss their matter with a family lawyer to determine whether or not their situation was urgent enough to be heard by a judge.

Cases where a parent loses access to a child are “extreme,” Alexander said, noting that restricting a parent’s physical access to their child is unusual under most circumstances.

Judges have also made it clear in their rulings that, after months of court closures, they have little time for cases without merit.

“When parents are operating for nefarious motives or reasons such as to try to change the parenting order or to change the status quo, the courts will step in and prevent the parent from doing that.”

Early on in the pandemic, some parents with joint custody expressed confusion about how they should handle shared time with their children as government officials urged everyone to stay home.

A father in Ontario tried to keep his two-year-old son quarantined in his home, without visits to his mother, until the pandemic is over or a vaccine is made available. The child has several medical issues that his doctor and parents agreed put him at higher risk of complications. However, the father argued that the mother was not taking the child’s health concerns seriously enough.

In her ruling, Justice Deborah Chappel cited testimony from the child’s doctor, who did not agree that the boy needed to be quarantined long-term, but that he should instead wear a mask during outings and limit social contacts. Chappel sided with the mother, calling her “a loving, capable and responsible parent who has demonstrated that she is complying with all COVID-19-related directions and appropriate safety measures.”

Custody issues have also emerged among essential workers. In one case, an emergency room doctor had their custody challenged by their ex-partner over concerns about exposure to COVID-19 in the hospital. In that case, the judge determined that, so long as the doctor exercised proper safety protocol, visits with their child should not change.

Nicholas Bala, a family law professor at Queen’s University, said judges have generally been quite careful in trying to maintain whatever visitation arrangements existed before the pandemic.

“Judges were saying there are risks for all of us, and as long as people are minimizing risks in a reasonable way, they’re going to continue to have parenting rights,” he said.

He added that the pandemic has been an incredibly stressful time for everyone, and that parents dealing with a fraught relationship with their ex may be feeling stressed. However, he said it’s important to consider the child’s best interests when dealing with custody disputes.

“Judges are explicitly saying, ‘Think about you children and the long-term relationship you’re both going to have.’”

Overall, Alexander says he’s worked with many parents who are considerate of court delays and tried to work things out through mediation.

"For families that are genuinely approaching this from a reasonable perspective, they are more willing to make certain compromises to settle their case whereas before … some people would get locked in a certain position and can’t agree on the time of day,” he said.