Covering the commemoration of Canada's war sacrifice was an absolute honour

That conversation can happen anywhere in the world -- and does it ever -- but to this day, it is unlikely citizens of Normandy, or any French or Belgian town liberated by the Canadians by 1918 or 1945, would fail to make that distinction.

Perhaps not enough time has gone by, or maybe they’ve just chosen never to forget. To be honest, even if they wanted to, it would be practically impossible.

In parts of Flanders and Northern France, you will come across a cemetery as often as you would a billboard on a highway. Really. If you’re not overcome by goose bumps when walking through the perfectly groomed burial sites of thousands of young men, you will be when you spot the boy soldiers who lied about their age so they could join the fight. 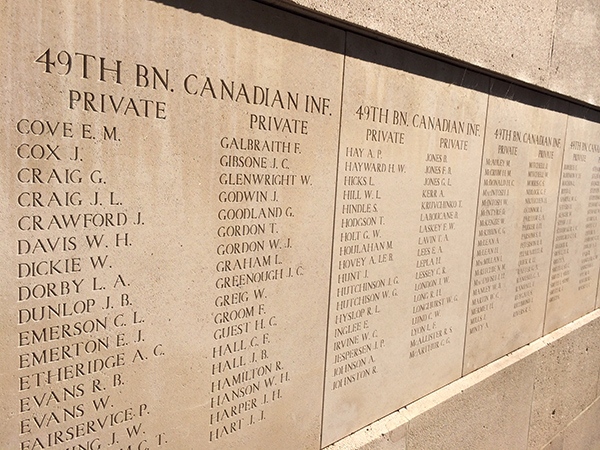 Names of Canadian soldiers who lost their lives in the First World War, on the walls of Menin Gate Memorial in Ypres, Belgium

Everywhere you look, there is something: a bunker; a memorial; a museum; or a farmer who, after plowing season, has once again found more bullets, handguns, undetonated grenades and God knows what on his land.

Between 1914 and 1918, an estimated 1.45 billion shells were fired, meaning that under this picturesque countryside, remains a battlefield full of weapons and the skeletons of tens of thousands of missing soldiers. 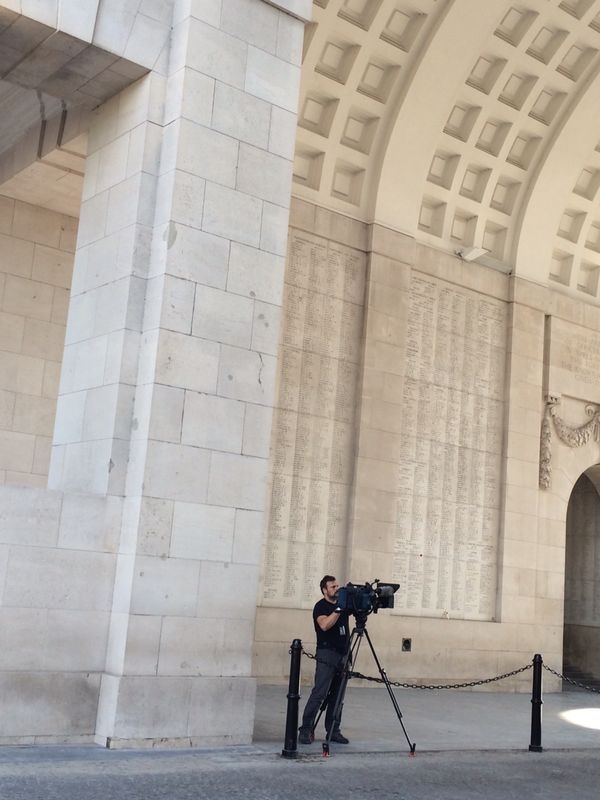 Cameraman David Iacolucci and I travelled through the region by car in early August, just as we did in June for the D-day anniversary. To get to the mainland, we drove on to a train which crosses the English Channel in roughly 30 minutes through a tunnel that still allows for 3G coverage. 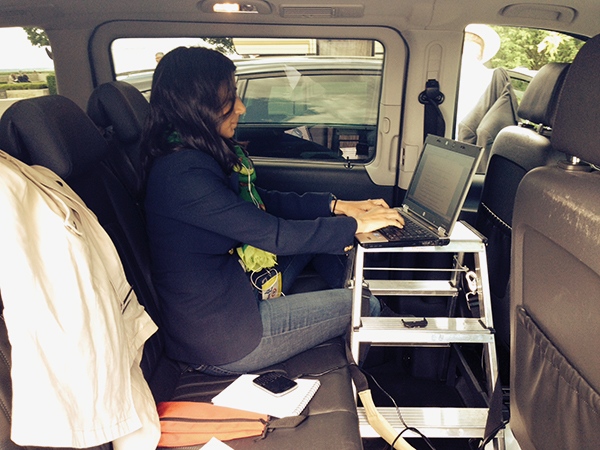 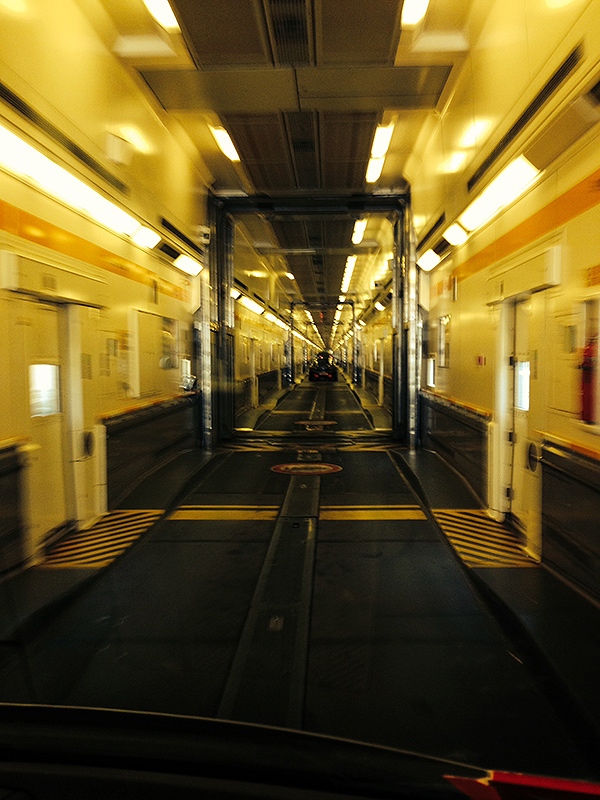 In the Channel Tunnel, a 50 km-long undersea rail tunnel below the Strait of Dover in the English Channel. It is the longest undersea tunnel in the world

Just think of the endless hours it took, just 70 years ago, to ship 160,000 Allied forces across the Channel. Men who had been given too much to eat before embarking were seasick, vomiting and praying as they crossed. They knew they’d either have to kill, or be killed.

The Canadian men were so well trained that the British military would jump at the chance to borrow them.

On the very beaches they stormed 70 years ago, where they saw and experienced slaughter, they were now in wheelchairs, with walkers or a helping hand, retracing their steps. Every veteran you speak with becomes a history lesson. 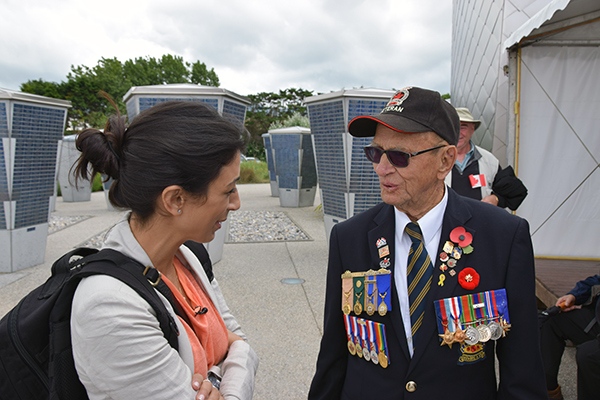 I'm speaking here with Canadian World War Two veteran Daniel Galipeau of Huntington, Quebec. Mr. Galipeau was a sapper with the 16 Field Engineers. He landed on Juno Beach on the morning of D-Day. UPDATE on November 19, 2014: Mr. Galipeau has received notice from the French embassy that he has been named 'Chevalier de la Legion d'Honneur de la Republique francaise' -- the highest decoration in France which is normally restricted to French nationals.  (Photo courtesy Marc Richer) 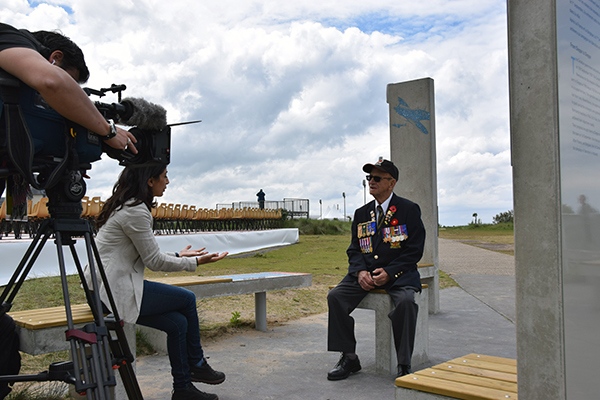 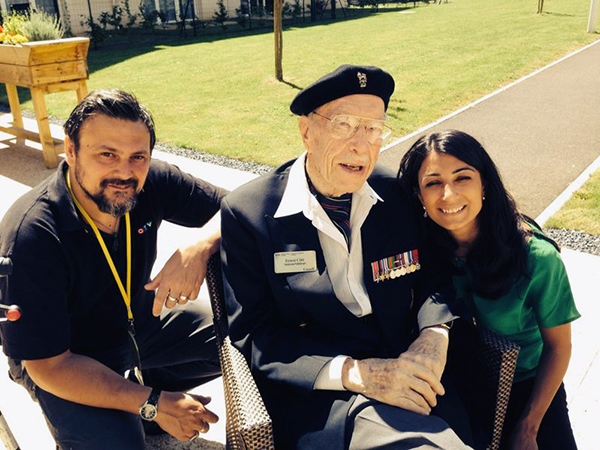 I'm here on Juno Beach with cameraman David Iacolucci and Ernest Cote, centre, who is now 101 years old. Following the war, Mr. Cote was promoted to the rank of colonel before holding other high level jobs in government – eventually becoming Canada’s ambassador to Finland. A fascinating story. He was one of the only Canadians who knew, as of January 1944, where the D-Day landings were going to take place 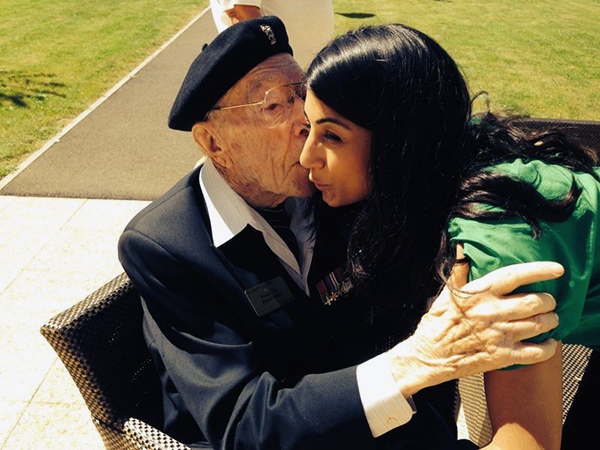 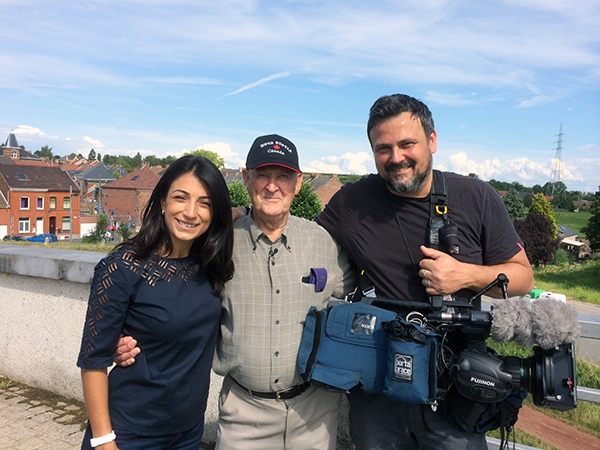 Here we are with 84-year-old Nova Scotian George Barkhouse, nephew of Private George Lawrence Price who was the last Commonwealth soldier to be killed in the First World War. Click here to watch the story I did on Barkhouse's journey on CTV National News 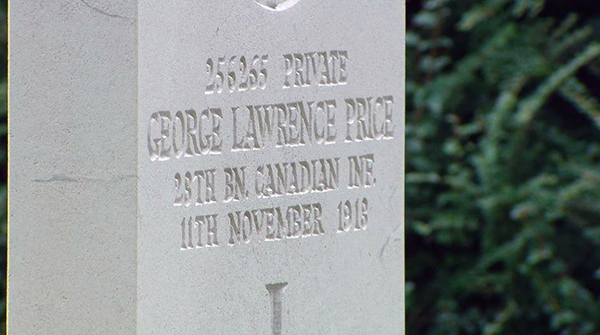 The tombstone of Private George Lawrence Price at the St. Symphorien Military Cemetery in Mons, Belgium. Price was 25 when he died on Nov. 11, 1918. He was shot by a German sniper at 10:57 a.m. and died at 10:58 a.m. He served with 'A' Company of the 28th Battalion, Canadian Expeditionary Force.

These men, who in my book are the definition of humility, are often angered by the same topic: a younger generation that generally cannot even name the Allied countries or point the enemy on a map.

"That is criminal," one said to me.

That week, we met a Canadian man who brought his grandson to see his great grandfather’s grave. But hours of texting and video games at night in their small hotel room meant he was too tired for what grandpa had planned during their once in a lifetime trip.

This job sometimes feels like a ridiculous privilege. I’m a first generation immigrant who gets to tell stories to an audience in her adoptive country. There is no a hint of exaggeration when I say covering this story, was an absolute honour. 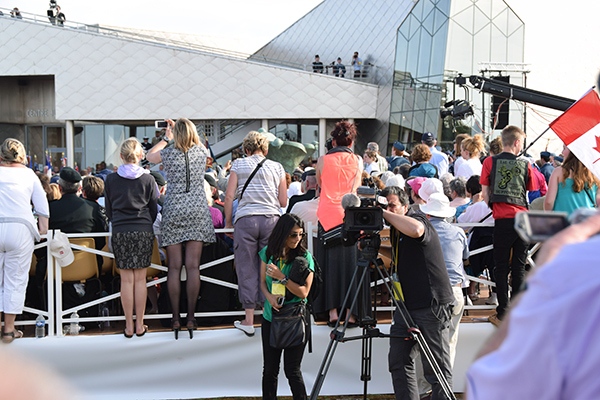 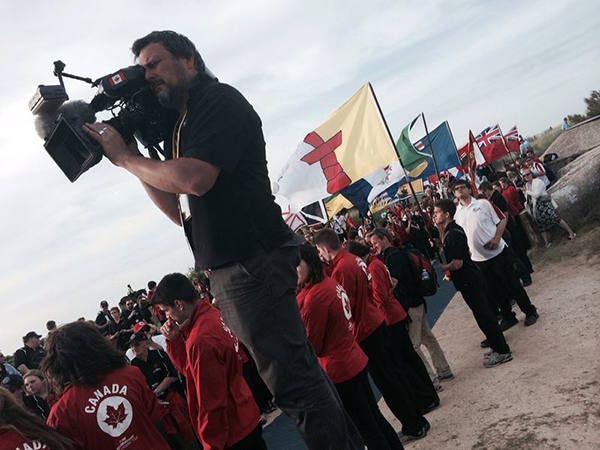 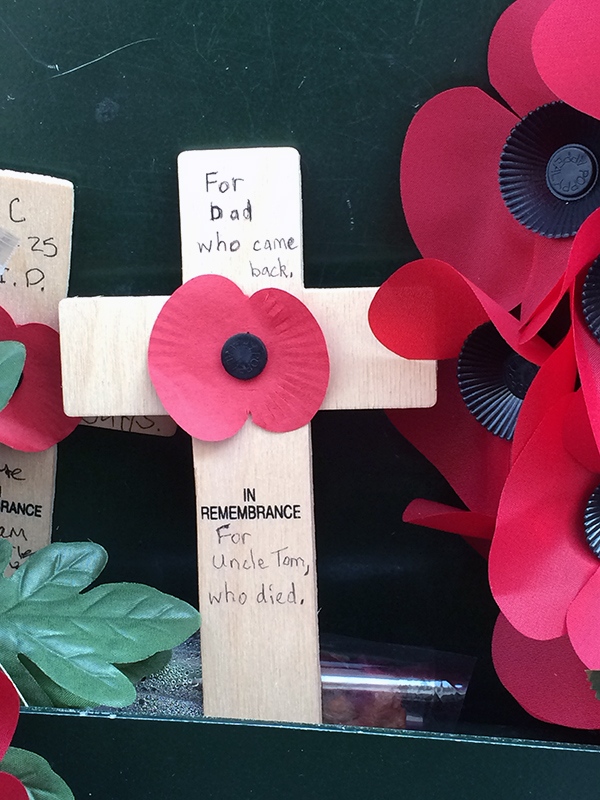 Back to the Remembrance Day main page