Couple learns their $3,000 vacation is a sham just one day before flight 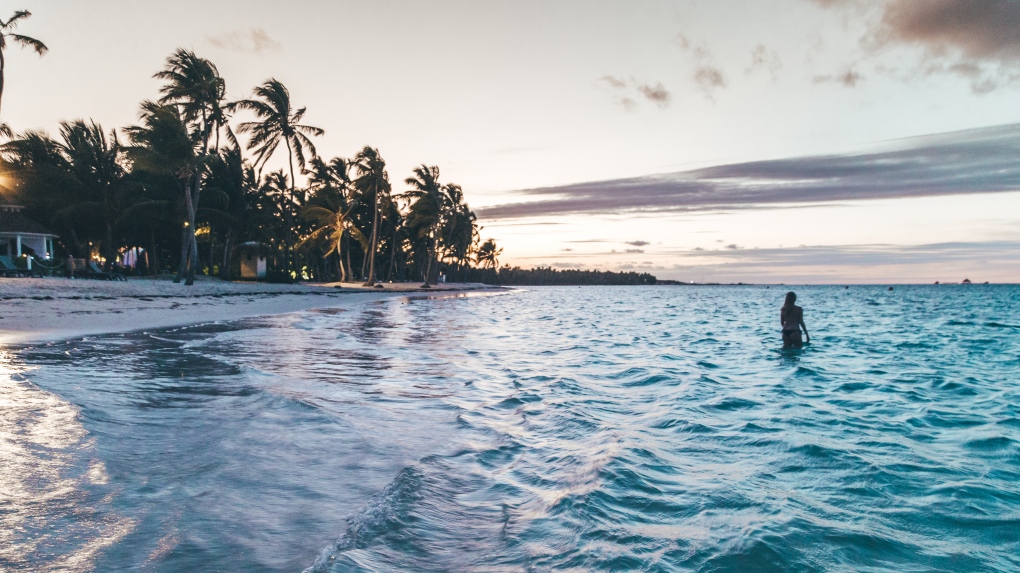 A swimmer relaxing in Punta Cana is seen in this image. (Pexels)

TORONTO -- An Ontario couple discovered their $3,000 vacation was a sham the day before they were supposed to fly out -- and they’re blaming the airline company for not alerting them sooner.

Luciano Tersigni, a teacher from Oshawa, had booked a trip to Punta Cana, Dominican Republic for him and his wife over the holidays through a fraudulent travel agent that an acquaintance had referred them to.

The travel agent told them the trip had to be paid cash because they were getting a deal through Air Transat’s corporate program, but that he would send them a booking confirmation number before they would send the money over.

“They booked something for us, Punta Cana, sent us the booking email,” Tersigni told CTVNews.ca in a phone interview. “Everything was there. It was legitimate.”

“Until we tried to check in on the 26th of December -- 24 hours before our flight -- everything seemed normal. All the information was there, we were getting information about our flight time, about baggage, about passports, all that kind of stuff.”

What Tersigni didn’t know was that on Dec. 23, Air Transat noticed fraudulent activity on the credit card that had been used to book the trip and subsequently cancelled the vacation without telling them, even though he said they had changed the primary email to their own a day prior.

“We could’ve showed up to the airport of the 27th of December when our flight was about to take off and found out then,” he said.

“Air Transat hasn’t been fraudulent at all in our opinion, but there’s a window that they recognized what needs to be closed, where for three days it legitimately looks like it’s been booked.”

Air Transat said the couple hadn’t been contacted because the scammer can make it challenging to reach customers.

“When these situations arise, we follow a well-established protocol, which includes attempting to alert affected customers,” Marie-Christine Pouliot, a spokesperson for Air Transat, said in a statement. “Unfortunately, this can be difficult since the fraudster who makes the reservation on our website does not provide the true phone number and email of the passengers.”

Tersigni said he and his wife were also receiving notifications of the weather conditions and baggage limits, even though Air Transat had already cancelled the trip. Later on, they were sent notifications about the return flight and they were asked to fill out a survey about their experience.

“You sent us so many bloody notifications, but that one, that the trip was actually cancelled, that trumps everything,” he said.

Pouliot said the couple had been receiving messages because users can sign up for notifications regarding a flight, even if they are not flying on it.

“The app kept sending him notifications, because anyone can download our app and opt to receive notifications on a specific flight without having a confirmation or reservation,” she added. “This explains why the ‘24-hour prior departure’ notification appeared on the app.”

Tersigni said he was told that the fraud department and the booking department aren’t capable of communicating fast enough to advise them about the fraudulent activity before their flight was scheduled to depart.

“They seem to refuse to take ownership that their platform is flawed,” Tersigni said.

Air Transat said this incident has prompted the company to begin working on a section on their website to help passengers avoid being defrauded, though the section is not yet ready. The airline has also been in contact with the police and the Canadian Anti-Fraud Centre about the scam.