Convicted murderer who has escaped before at large in New Brunswick 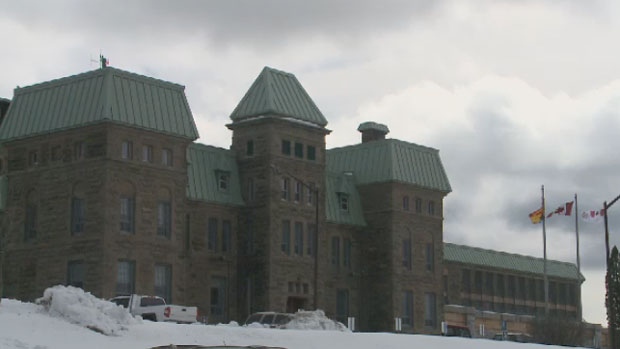 Jack Woods was on a temporary absence from the minimum-security unit at Dorchester Penitentiary when he failed to return to a community-based residential facility in Moncton on Thursday.

DORCHESTER, N.B. -- Police in New Brunswick are looking for a convicted murderer from Dorchester Penitentiary who failed to return to a minimum-security unit after he was granted an unescorted temporary absence.

The Correctional Service of Canada says 66-year-old Jack Woods is serving an indeterminate sentence for manslaughter and second-degree murder.

The agency says Woods was staying at a community-based residential facility in Moncton when he left and didn't come back Thursday.

Woods stands 5-7, weighs 223 pounds and has a fair complexion, blue eyes, brown hair and is missing both of his little fingers.

He also has a leopard tattoo on his right upper arm and skull tattoos on his left forearm and upper arm. A warrant has been issued for his arrest and the RCMP have been called in.

Dan Melanson with the Dorchester Penitentiary said Friday that Woods was serving a life sentence, but could not confirm when his sentence was classified as indeterminate.

Melanson said an offender with a life sentence can be deemed indeterminate after demonstrating progress, but said people should still be cautious.

"Is he dangerous? I don't know," Melanson said. "Possibly (with) the rehabilitation that we gave him over the years, maybe he's not, but then again, he's done it once."

The Canadian Press reported in 1994 that Woods and another man were to stand trial on first-degree murder after the bodies of two Alberta men were found. The bodies of David Rosamond and Harvey Bernard were found in 1993, buried in shallow graves in Alberta.

Woods has escaped before. In 2011, a Canada-wide warrant was issued for him after he fled to Nanaimo, B.C. from an Ontario halfway house.

Police cautioned at the time that Woods was an experienced outdoorsman who had let it be known that he was not prepared to go back to jail.

At the time, Woods was described as potentially dangerous.