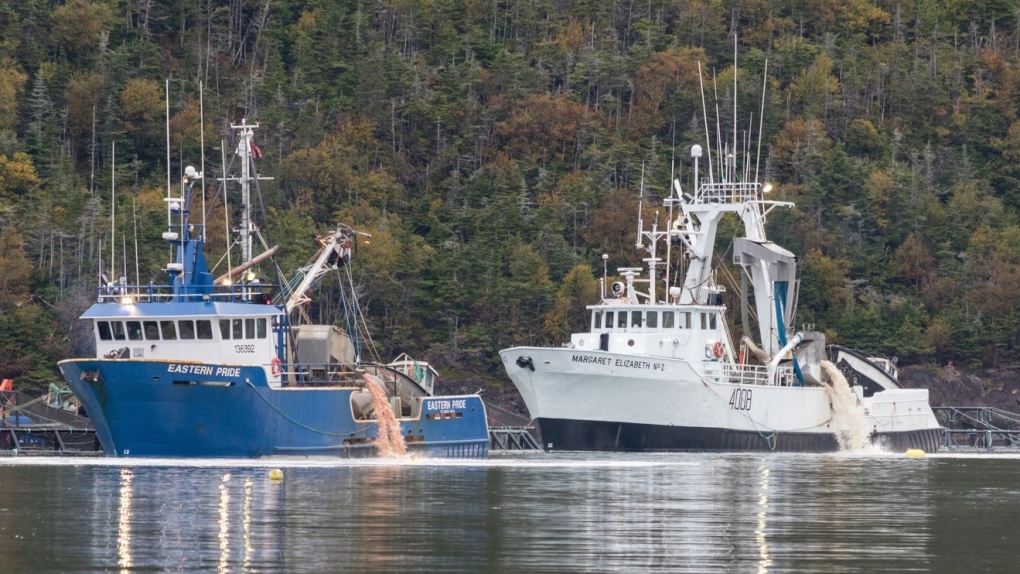 Pink residue is disposed into Fortune Bay in southern Newfoundland on Oct. 2 as part of a cleanup following salmon deaths at a fish farm last month. The company said Friday that it estimates 2.6 million salmon, just under half the fish in its pens, have died. (THE CANADIAN PRESS/HO-Atlantic Salmon Federation)

ST. JOHN'S, N.L. -- A company that reported a mass die-off of farmed salmon more than a month ago says the death toll rings in at an estimated 2.6 million -- just under half of all its fish.

The Norwegian-owned Northern Harvest Sea Farms made the announcement yesterday, after the provincial government announced it was suspending licences at the company's affected sites.

Jamie Gaskill says the company accepts the licence suspensions and is focusing on cleaning up its pens.

The company says two million fish died from a prolonged period of high water temperatures that it reported to government on Sept. 3, and another 600,000 fish that may have been "weakened by the temperature event" died later.

This report by The Canadian Press was first published Oct. 12, 2019.