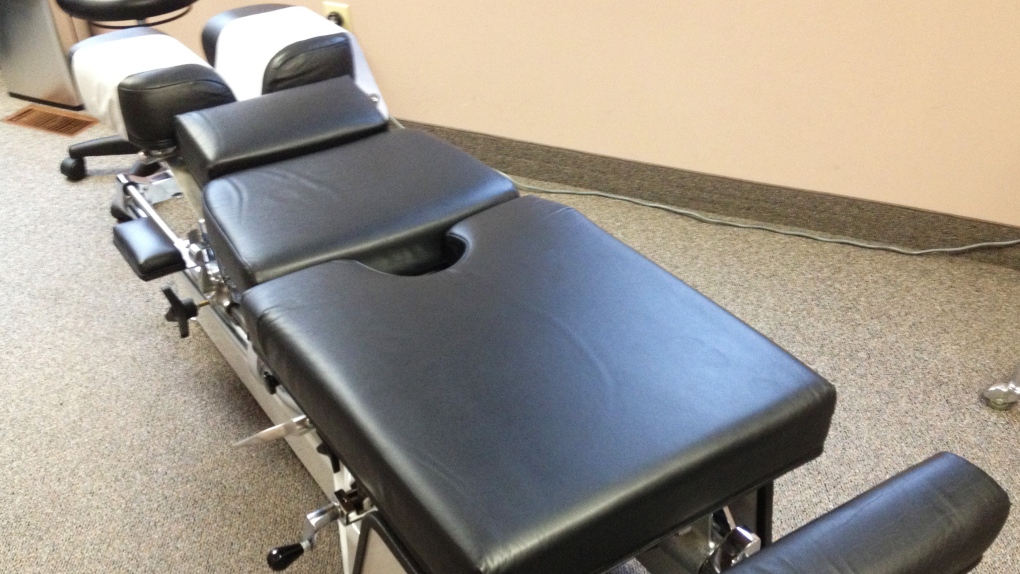 A chiropractor's table is seen in Kitchener, Ont., in this file photo. (David Imrie / CTV Kitchener)

HALIFAX -- A Halifax-based chiropractor under investigation for online posts questioning vaccinations has admitted to being professionally incompetent and has surrendered her professional licence.

The agreement says Churchill admitted to being "professionally incompetent as a result of incompetence arising out of mental incapacity."

It says Churchill will not reapply for a licence until a doctor approved by the college determines that she is competent and fit to practise.

Churchill underwent a "fitness to practise assessment" in October 2018. That process prompted the college's investigation committee to suspend her licence.

According to the college, the allegations stemmed from online posts considered outside the scope of her practice between May and September of last year.

A notice on the college's website alleges the online content constituted "marketing activities that were not professional, truthful, verifiable (or) clear."

Churchill bills herself as an "innovator in women's health and wellness" who has written about vaccinations in a blog entitled Dr. Sexy Mom.

The blog has not been updated since last June, but there are regular updates on a Facebook page titled "Dr. Dena Churchill -- Innovator in Women's Health and Wellness," including a post on March 1 about vaccines.

Last year, she posted online videos including one that alleged the U.S. Centers for Disease Control has a financial bias related to vaccines. She also pointed out that she was not representing chiropractors.