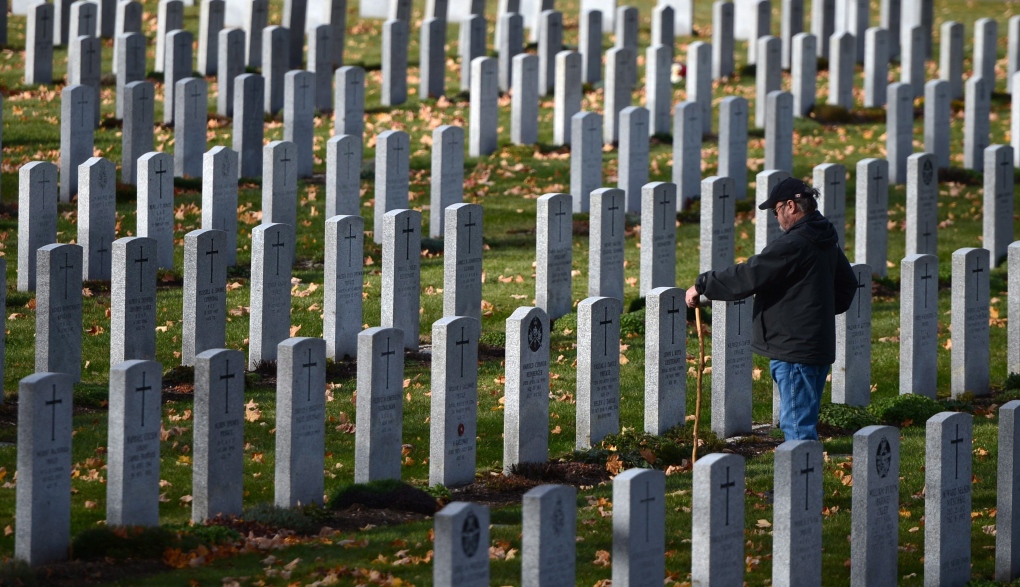 VANCOUVER - Giant monkeys in the jungle are what Ronald Lee remembers most about his Second World War "adventure" in Burma as part of a dangerous and secret British-led operation.

"They'd come and steal your food!" he says laughing. "We had to shoot them for meat, for food."

At 98, the dapper Vancouver-born resident with a gleaming smile says little about the hardships his unit of eight commandos faced far from their home on Canada's West Coast.

Greg Lee fills in parts of the story he heard as a teenager, the ones his father now chooses to bury.

"They weren't fed well because the British didn't treat them as first-class soldiers. Dad said it was like they forgot them."

Lee was in his early 20s when he tried to enlist in the army to fight for his country. He was shown the door.

"When I wanted to enter the army in Canada I was refused. At that time they did not take any Chinese-Canadians in the armed forces. We were second-class citizens. We were not allowed to go to university or take special training. We were only allowed to work in grocery stores, restaurants, things like that."

In 1944, Lee was accepted into Force 136, and many of its members from Canada were Chinese-Canadians recruited in British Columbia for deployment in Southeast Asia, including Burma, now called Myanmar, to support resistance fighters against the Japanese.

About 150 Chinese-Canadians were provided basic training in B.C.'s Okanagan region and then split into units of about eight members each. He is among four who are still alive.

"When we were down there training we never thought of coming back home because we knew once we went into Burma either we surrender or the Japanese would take us prisoner or we'd be dead," says Lee, who trained as a radio operator.

The story of that successful mission and Canada's racist policies is told in "Force 136: Chinese-Canadian Heroes," a mini-documentary available online on the Storyhive YouTube channel and on Telus Optik TV starting Friday.

A photo of recruits who completed basic training in the Okanagan, including a bespectacled Lee, is featured prominently in his living room.

"We were told we wouldn't let them take us alive. If we were captured we had to take our cyanide pills."

Everyone in his unit returned home after their mission ended in the summer of 1945 when Japan surrendered.

Lee, who had six children and now lives with his two youngest daughters, was among those who were part of a quiet civil rights movement back at home in Canada. They called for Chinese-Canadians to have the right to vote while still facing "White Canada forever" sentiments.

"It was the sacrifice," Greg Lee says, his voice cracking. "There was no guarantee that when they came back they would get the vote."

It wasn't until two years after the war, in 1947, that Canada allowed Chinese-Canadians to vote and repealed the Chinese Exclusion Act, which had banned almost all immigration from China since 1923. Chinese immigrants had also been singled out to pay a head tax.

"I think it was after we got our citizenship and our right to vote that they realized we did our duty," Lee says of the general population in Vancouver, where the return of Caucasian soldiers was widely celebrated while minorities who'd also risked their lives in war were mostly ignored.

Henry Yu, a professor in the history department at the University of British Columbia, says the federal government did not want Chinese-Canadians fighting in the war because of fears they'd demand the vote.

"They'd seen it already because several hundred Chinese and Japanese had fought for Canada in World War I and when those veterans returned they asked for the vote. So they knew from experience in World War I that this was going to be a problem," Yu says. "They wanted to maintain white supremacy."

Chinese-Canadians were recruited into Force 136 with the belief they'd blend in behind enemy lines, he says.

Catherine Clement, curator of the Chinese Canadian Military Museum in Vancouver's Chinatown, says the little-known story of Force 136 has been mostly forgotten and there are few records of the clandestine group of spies that was part of Britain's Special Executive Operations.

"They created this double victory," she says of Lee and the Chinese-Canadian veterans. "They helped the Allies win the war and they also helped to win the rights for all Chinese living in Canada."

Canadians mark Remembrance Day across the nation and abroad

Canadians mark 100 years since Battle of Passchendaele in Belgium

When was Battle of Passchendaele? Most Canadians don't know: poll