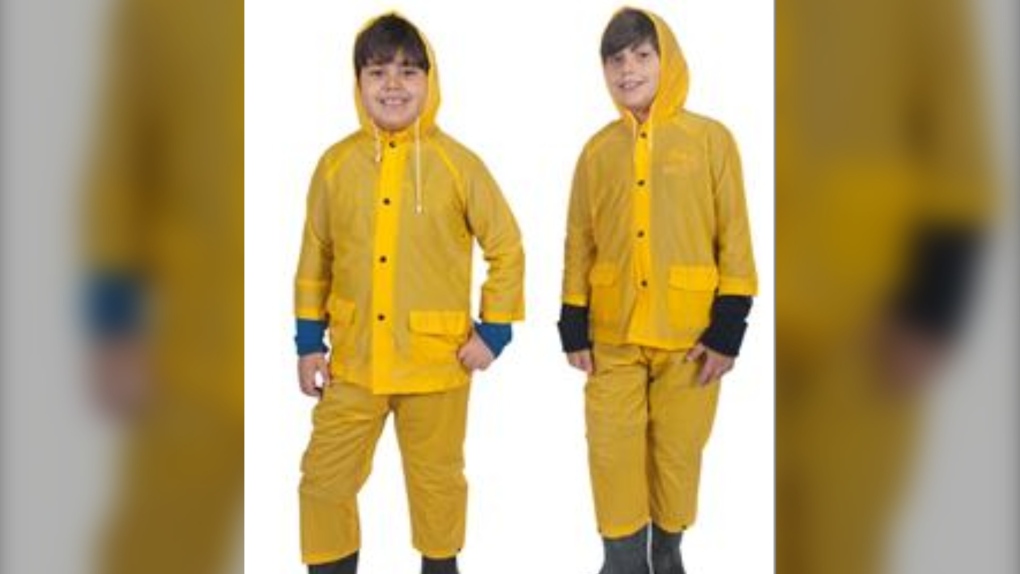 Health Canada is recalling children’s rain jacket and pants sets due to a strangulation and entanglement risk from drawstrings.

Health Canada has expanded its recall for “Wetskins” and “Freshwater” children’s rainsuits, advising consumers to immediately remove the drawstring.

The federal agency said the drawstring "can become caught on playground equipment, fences, or other objects and result in strangulation, or in the case of a vehicle, the child being dragged."

The “Wetskins” rainsuit is available in yellow or red and in small, medium and large sizes.

The “Freshwater” version is yellow or blue and available in small, medium, large and extra-large.

The sets were distributed to stores by World Famous Sales of Canada, based in Concord, Ont.

As of October 3, the company has received no reports of incidents or injuries in Canada, Health Canada said in its recall notice.

This recall is an “expansion” of a similar one issued August 22, which only mentioned the “Wetskins” sets. Since August 1,000 more suits have been sold.