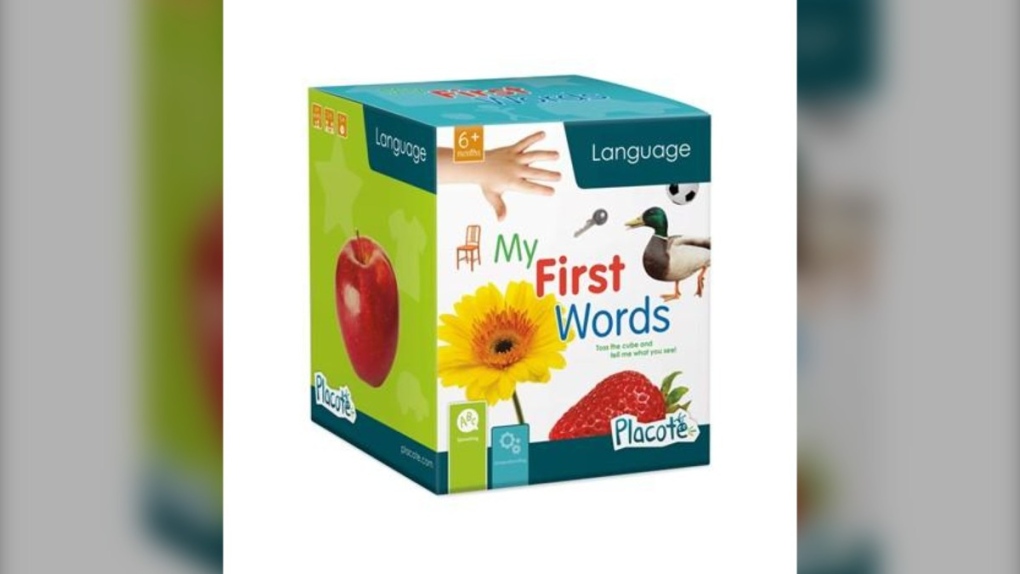 Health Canada has issued a recall for the toy, My First Words, for possibly containing amounts of lead above Canada's legal limit. (Health Canada)

Consumers are asked to immediately stop using the die included in the product, My First Words from Placote, and to contact the manufacturer, Les Editions Passe-Temps Inc., about compensation.

Health Canada said on Friday that the playing cards included with the toy are not hazardous and may be kept.

"Lead is highly toxic, especially to children," the recall notice says, adding it can lead to serious health effects such as the blood disorder anemia, vomiting, diarrhea, heart and immune system issues, and death in extreme cases.

Approximately 4,000 units of the affected product were sold in Canada from March to September 2022.

As of Nov. 17, Health Canada says the company has received no reports of incidents or injuries in the country.

Placote also lists the toy as out of stock on its website, saying it will not be back until spring 2023.

Ryan Reynolds went from joy to despair, and punch-the-air ecstasy to desolation.

A Missouri mother who reported that her infant twins were stillborn has been convicted of manslaughter. Maya Caston, 28, was convicted of second-degree involuntary manslaughter and two counts of child endangerment.