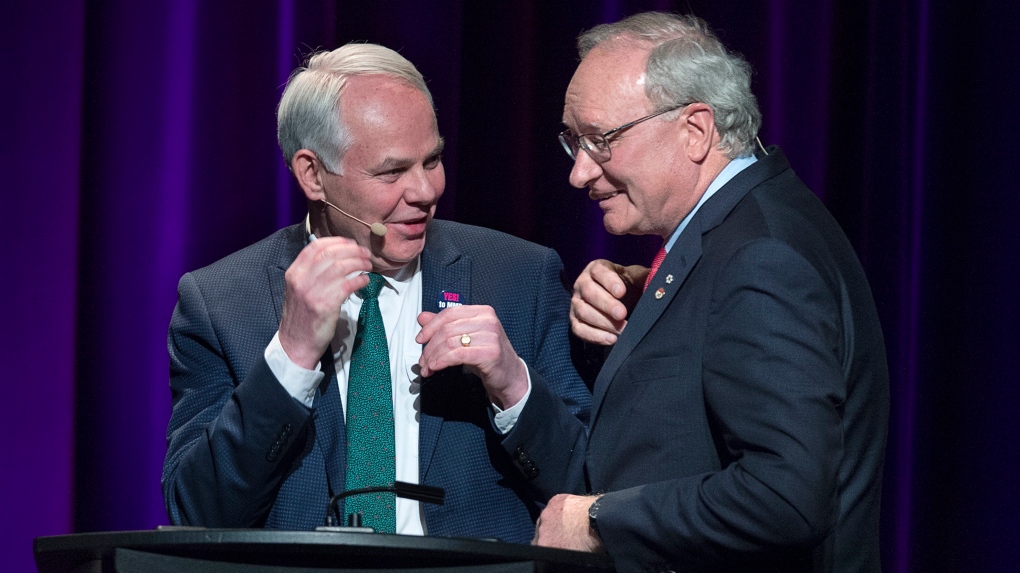 Green Leader Peter Bevan-Baker, left, and Liberal Leader Wade MacLauchlan chat at the end of the provincial leaders debate at the Harbourfront Theatre in Summerside, P.E.I. on Tuesday, April 16, 2019. THE CANADIAN PRESS/Andrew Vaughan

CHARLOTTETOWN -- With the provincial election in P.E.I. only days away, election officials are reporting a good turnout at advance polls.

That's 36.4 per cent of the Island's eligible voters.

Premier Wade MacLauchlan's Liberals are seeking a fourth consecutive term in office, but the Greens, led by Peter Bevan-Baker, have been leading in the opinion polls since last August.