Census data shows linguistic diversity on the rise in Canada

Census data shows linguistic diversity on the rise in Canada 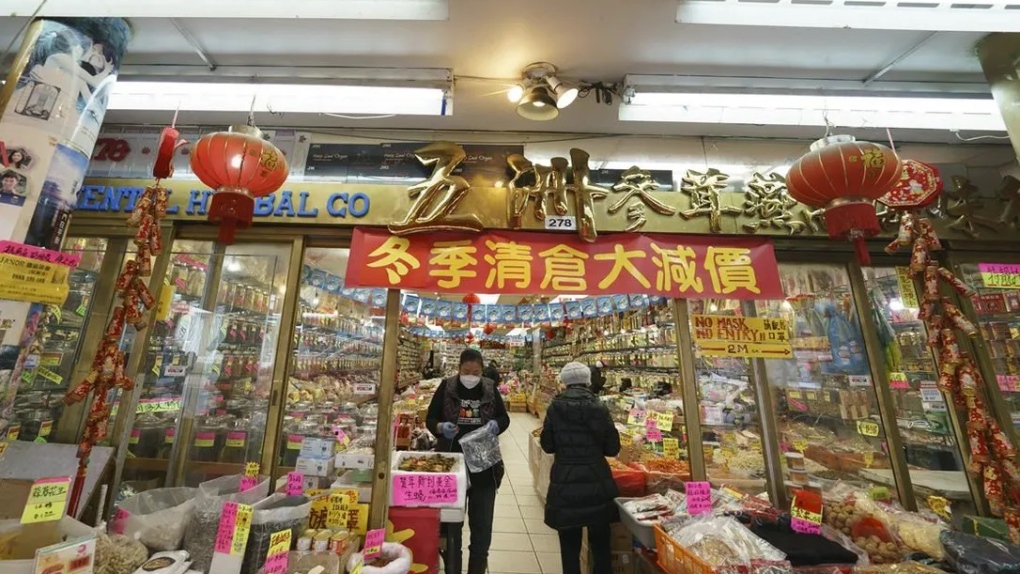 A growing number of new immigrants to Canada are bringing with them increasingly diverse languages, setting a record for the number of Canadians whose mother tongue is neither English nor French, new 2021 census data reveals.

One in four people in Canada have a mother tongue other than English or French, and about 12 per cent of people predominantly speak a non-official language at home as of last year.

Proficiency in those languages tends to fade after a generation or two, however, Statistics Canada's deputy head of the Centre for Demography said Wednesday.

"From 2016 to 2021, the number of Canadians who predominantly speak languages other than English and French at home grew significantly," said Eric Caron-Malenfant at a media briefing.

The trend is mainly driven by immigration, and continued even during the pandemic when immigration slowed considerably due to COVID-19 health restrictions and related backlogs, Caron-Malenfant said.

The average age of new immigrants is typically between 25 and 35, he said.

"After that, when you have children in Canada, often more and more English and French will be spoken at home," he said.

British Columbia speech-language pathologist June Cheung noticed that phenomenon play out in her own Cantonese-speaking family and community when she was growing up in Edmonton.

"My parents were the ones who originally immigrated here from Hong Kong whereas my siblings and I, we were all born here," Cheung said in an interview.

"My parents would speak to my older brothers and myself in Chinese but often we would reply in English."

The generational language shift inspired her masters thesis, which further showed how "heritage" language proficiency fades with each generation.

"By the time the second generation has kids, it's very unlikely that they'll choose to use a heritage language," she said.

The trend was also true for French-speaking families outside of Quebec in most provinces, the census data shows.

The proportion of Canadians living outside Quebec whose first official language spoken is French was down to 3.3 per cent in 2021 from 3.6 per cent in 2016.

Statistics Canada attributes the decline to the fact that people whose first official language is French tend to be older, and haven't consistently passed the language on to the next generation. Sometimes other languages can take over inside the home.

"I can ask you where the bathroom is, versus being able to talk about your hopes and fears, your dreams," she said. "It's a lot harder to have those conversations sometimes if there is that language barrier."

Mandarin and Punjabi are the most common non-official languages, with more than a million people predominantly speaking one of the two languages.

Statistics Canada noted a large increase in the growth of the number of Canadians who predominantly speak South Asian languages such as Punjabi, Gujarati, Hindi or Malayalam since the last census in 2016, a rise which was fuelled by immigration.

The growth rate of the population speaking South Asian languages was at least eight times greater than that of the overall Canadian population during the same period.

The massive increase in the growth of South Asian languages closely aligns with immigration trends from those countries.

At the same time, European languages like Italian, Polish and Greek are fading in Canada.

"This decline is primarily linked to the speakers of these languages aging, a significant proportion of whom emigrated to Canada before 1980," Caron-Malenfant said.

Relatively few recent immigrants from those countries have recently landed in Canada, he said.

Regardless of their mother tongue, most people in Canada access services in one of the two official languages.

English and French are still by far the most common languages spoken in Canada and 90 per cent of Canadians speak at least one of the official languages.

This report by The Canadian Press was first published Aug. 17, 2022.

A total of 23 people taken to hospital in St. Catharines following a hazardous workplace incident on Tuesday have been discharged.

Ukraine's former ambassador to Canada says Russia could use so-called referendums in his country to conscript Ukrainians.