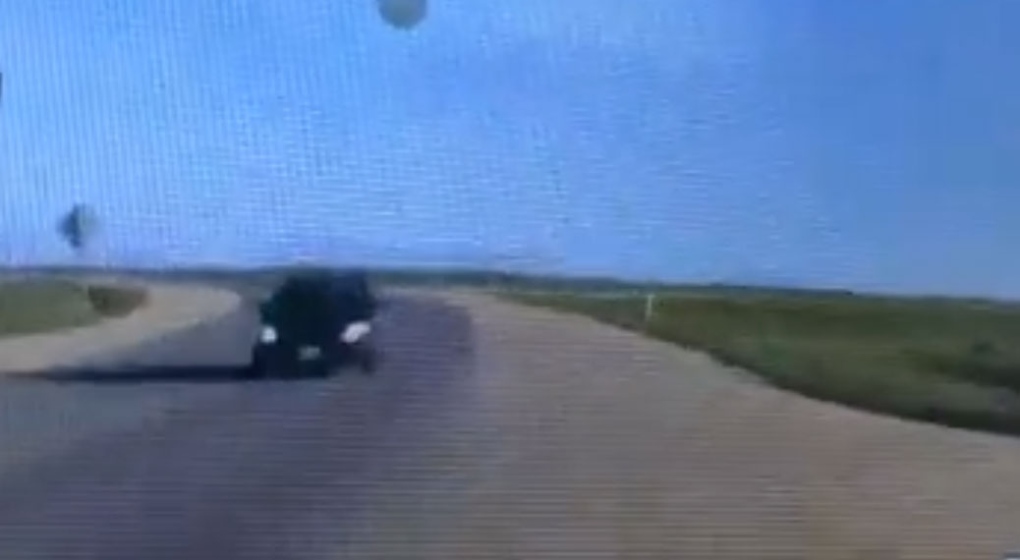 A 66-year-old man was caught driving in the wrong lane by RCMP Manitoba.

A dashcam video released by RCMP Manitoba shows how an officer’s quick thinking prevented a head-on collision with a driver who was in the wrong lane.

On Sunday, an RCMP officer pulled over a 66-year-old man for driving in the wrong direction on Highway 200, approaching South Perimeter Highway in Manitoba.

The driver told the officer he was “looking at the field.”

“He didn’t believe he was driving in the wrong lane, which is clearly evident in the video,” Sgt. Paul Manaigre, media relations officer with RCMP Manitoba, told CTVNews.ca.

The 66-year-old was fined $672 for driving carelessly and issued a serious offence notice.

“This officer was clearly in the right place at the right time and possibly prevented a tragic collision from occurring at this corner,” said Manaigre.

Just out for a Sunday drive…in the wrong lane? Our officer was forced to hit the shoulder to avoid a collision with this 66yo driver, who claimed he was “looking at the field”. Fined $672 for Driving Carelessly. #noexcuses #rcmpmb pic.twitter.com/siLmmWf0gc