Case of accused in Fredericton shooting spree delayed another month 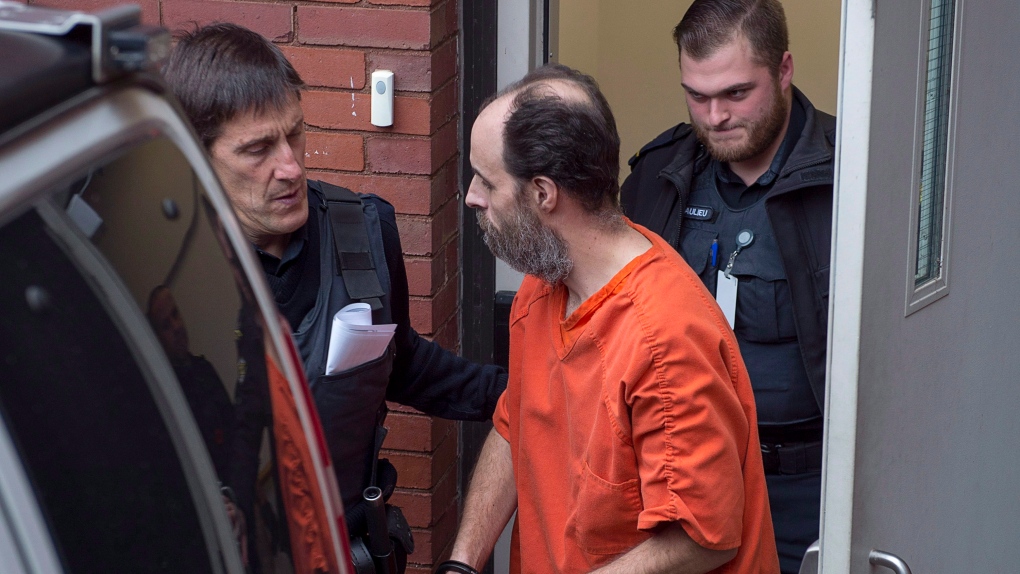 FREDERICTON -- The Fredericton man accused of murdering four people in an August shooting spree returned to court today, but his case was delayed because his psychiatric assessment is taking longer than planned.

The 60-day assessment was ordered to determine if Matthew Raymond can be found criminally responsible for the crimes he has been accused of.

Because it was delayed, Raymond was ordered to return to court in 30 days.

The case was adjourned until March 8.

He is charged with four counts of first-degree murder in the deaths of Fredericton police constables Sara Burns and Robb Costello, and civilians Donnie Robichaud and Bobbie Lee Wright.

Raymond, who is in his late 40s, was previously found fit to stand trial after a shorter assessment, although details of the arguments seeking the assessments are under a publication ban.

He is alleged to have fired a long gun from his apartment window, killing the two civilians as they loaded a car for a trip on Aug. 10, and the two police officers as they responded to the scene.

Raymond has previously told a judge there is evidence that would allow him to be "exonerated" immediately because of temporary insanity.

Defence Lawyer Gilles Lemieux said it's not uncommon to require extra time for the completion of psychiatric assessments.

"The assessment that was ordered by the court was incomplete and the court ordered a further extension of time for the doctor to complete the evaluation," he said.

"This one has to do with his mental state at the time of the offence and whether or not he was responsible for his actions."

Nicole O'Byrne, a law professor at the University of New Brunswick, said in certain circumstances, people can be found not criminally responsible because they are lacking the intent element of the offence because of a mental disorder.

"A mental disorder as legally defined says that the person lacked the capacity to make a choice at the relevant time period to choose the bad act and to have planned it, such to incur criminal liability," she said in an interview.

O'Byrne said no matter what the outcome of the psychiatric assessment, it is still up to the judge to determine if there was no criminal responsibility due to a mental disability.

Raymond has not entered a plea to the charges.