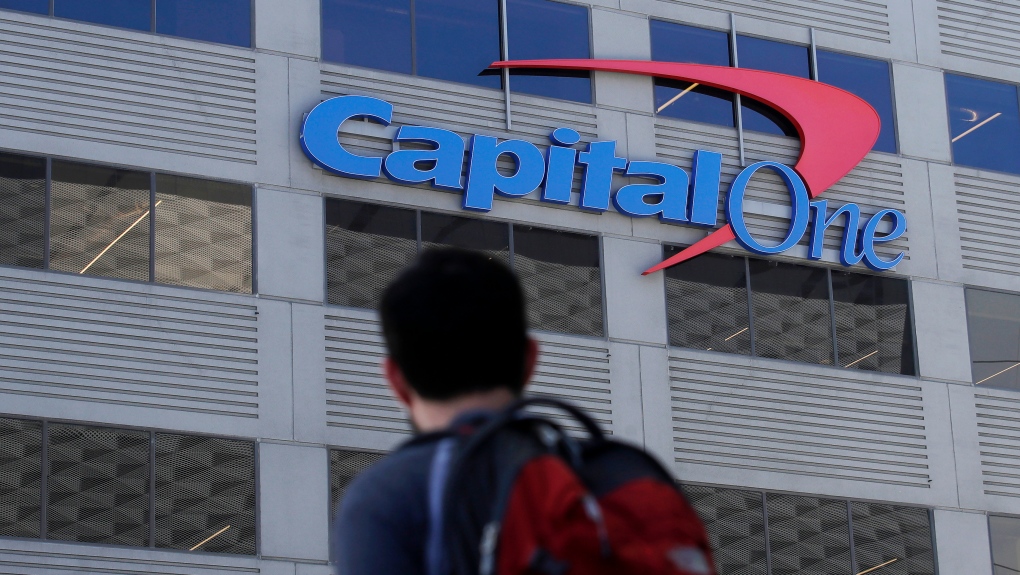 In this July 16, 2019, photo, a man walks across the street from a Capital One location in San Francisco. Federal prosecutors say a woman charged in a massive data breach at Capital One may have hacked more than 30 other organizations. (AP Photo/Jeff Chiu)

Capital One has started contacting approximately six million Canadians who were affected by a massive data breach.

The large bank holding company began emailing and sending letters by mail on Wednesday. People are expected to be contacted over the next several weeks.

Capital One said affected people won’t be contacted by phone or text.

Some of the leaked sensitive information of the data breach, which was disclosed on July 30, included one million compromised social insurance numbers in Canada.

According to an email from a Capital One spokesperson, their emails and letters will “contain details on how to access the two years of free credit monitoring and identity theft insurance with TransUnion myTrueIdentity being offered by the company.”

Last week, the Office of the Privacy Commissioner of Canada said it was launching an investigation into the data breach.

And on Wednesday, Ontario personal injury law firm Diamond & Diamond filed a class action on behalf of some of the Canadian victims.

Capital One is advising people concerned with the data breach to visit their English or French websites.