Cannabis vs. alcohol: How the law differs

Cannabis and alcohol are very different drugs. But as both highly regulated substances, comparisons will be drawn between how and where they can legally be used in Canada.

Here’s an overview of the differences between cannabis and alcohol laws.

Note: there may be more specific variations depending on your province. We also have a map that breaks down the rules across the country.

Alcohol: You can drink and store as much alcohol as you want in the comfort of your own home.

Cannabis: You can smoke or use as much cannabis as you want at home, but you can only grow up to four plants per private residence (not per person) in some provinces.

Cannabis: It’s unlikely you’ll be allowed to consume cannabis while at work, but some Canadian employers have already released policies with varying degrees of flexibility.

Alcohol: You can’t drink it in the car, but you can transport as much as you want as long as all containers are unopened. If open, keep it in the trunk so it’s out of reach.

Cannabis: You can’t use cannabis in any vehicle and it must be sealed in its container and out of reach of the driver in most provinces. 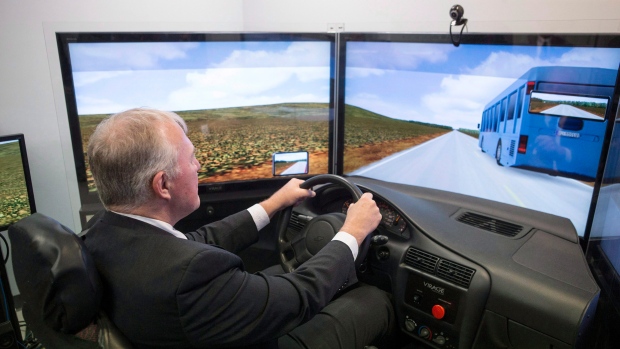 Bill Blair sits in a driving simulator meant to simulate the effects of driving under the influence of cannabis in Toronto on Wednesday, Jan. 24, 2018. (THE CANADIAN PRESS/Chris Young)

Alcohol: You can’t drink alcohol on the street, but you can carry as much sealed alcohol as you want.

Cannabis: You can use it on most sidewalks as long as you are far enough away from cannabis-prohibited spaces (schools, restaurant and bar patios). But you must follow the public possession limits, which is typically about 30 grams in most provinces.

IN A PUBLIC PARK

Alcohol: You can’t legally drink alcohol in most public parks in Canada (except with a meal in some Quebec parks), unless during a licensed event.

Cannabis: Public parks will be one of the few large public areas where cannabis can be used openly, including national parks.

The difference is making some municipalities like Toronto question whether it should be legal to drink in parks.

IN A PUBLIC SPORTING AREA

Alcohol: You can’t consume alcohol in public sporting areas, such as ones used for soccer, football, basketball, beach volleyball and skateboarding, unless during a licensed event.

Cannabis: You can use cannabis at most public golf courses, but not in most other public sporting areas. 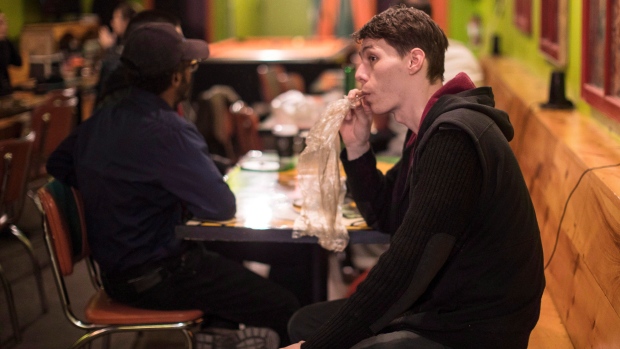 A customer vapes cannabis at the Hotbox Cafe in Toronto on Saturday, January 20, 2018.

AT RESTAURANTS AND BARS

Alcohol: You can purchase and consume alcohol until the bartender cuts you off.

Cannabis: You won’t be able to use cannabis or smoke it even within several metres of an outdoor patio.

AT HOTELS, MOTELS AND INNS

Alcohol: You can purchase alcohol, bring your own and drink as you please.

Cannabis: You may be allowed to use cannabis in some designated rooms.

Alcohol: As with vehicles, you can’t drink or carry open alcohol in a boat but you can transport sealed beverages.

Cannabis: You can use cannabis only on boats used as temporary or permanent living space.