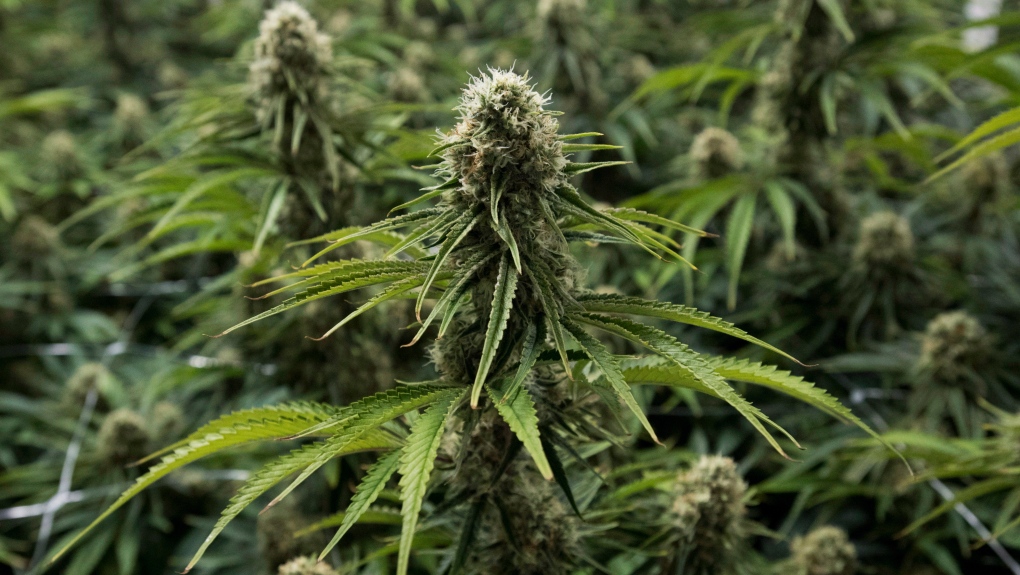 A flowering cannabis plant is seen at Blissco Cannabis Corp. in Langley, B.C., on October 9, 2018. THE CANADIAN PRESS Jonathan Hayward

OTTAWA -- Federal prison guards and other front-line correctional workers will not be allowed to use cannabis in the 24-hour period before reporting to work.

The Correctional Service of Canada's policy on marijuana for employees comes a week before recreational cannabis use is legalized.

The policy, made public Wednesday, says Correctional Service employees must be fit to perform their duties and cannot be intoxicated or impaired by drugs, alcohol or other substances when at work.

In addition, employees in "safety-sensitive" positions -- everyone from correctional officers who patrol the cellblocks up to wardens and the commissioner -- must refrain from cannabis use for a full day before work.

Managers will have to become familiar with signs a person is impaired or has been using pot.

Any breach of the policy may amount to a violation of the Correctional Service code of discipline and could lead to measures up to and including firing.

"Substance use can adversely affect job performance, conduct, the work environment, and the well-being of individuals, and can compromise the safety and security of operations, institutions, offenders, employees and the public," the policy says.

The RCMP confirmed Wednesday it will enact a much more stringent policy -- forbidding officers, and other employees whose jobs involve potential hazards or emergency duty, from using cannabis for 28 days before a shift. There is no time restriction on cannabis consumption for other RCMP employees, but they must report fit for duty.

At a background briefing, an RCMP official said the 28-day limit is based on a consensus that THC, the active ingredient in marijuana, should have left a person's system by that point.

Science shows that the consequences of cannabis can linger beyond initial consumption and that there are no established safe limits or data on how it affects performance, the national police force said in a statement.

"Without established scientific information about cannabis impairment, the RCMP policy is taking a careful approach at this time, to ensure workplace and public safety is maintained at all times," the statement said. "RCMP employees will not be subject to random substance testing."

The Canadian Police Association, which represents thousands of officers across the country, says the 28-day requirement is effectively a prohibition on cannabis use, which is nonsensical and offensive to members.

With a file from Jordan Press