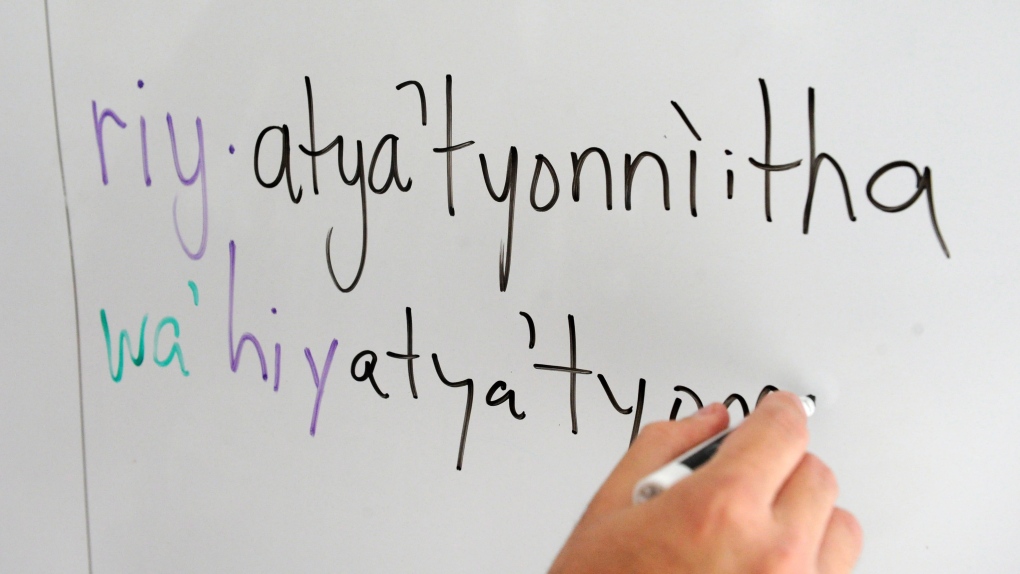 Instructor Nathan Brinklow writes in Mohawk as he teaches a Adult Language Immersion Program on the Tyendinaga Mohawk Territory in Ontario, on Oct. 11, 2012. (Sean Kilpatrick / THE CANADIAN PRESS)

OTTAWA -- Prime Minister Stephen Harper's cancellation of the long-form census has started to take a toll on Statistics Canada's data.

The agency released its final segment of the 2011 census last week, focusing on languages. However it included a big warning that cautions data-users about comparing key facts against censuses of the past. That's because the cancellation of the long-form census forced Statscan to move language questions on to the mandatory short-form.

Statscan's lead analyst says repositioning the questions likely prompted people to answer them differently, especially when it came to questions about mother tongue and languages used at home.

As a result, Jean-Pierre Corbeil says the census is probably not accurately capturing the mother tongue of large numbers of immigrants who came to Canada over the past few years.He also says it's likely overstating the number of people who have English as their mother tongue.

He says the data is reliable in terms of exposing the linguistic landscape of today, but he says comparisons with the past must be taken with a grain of salt.