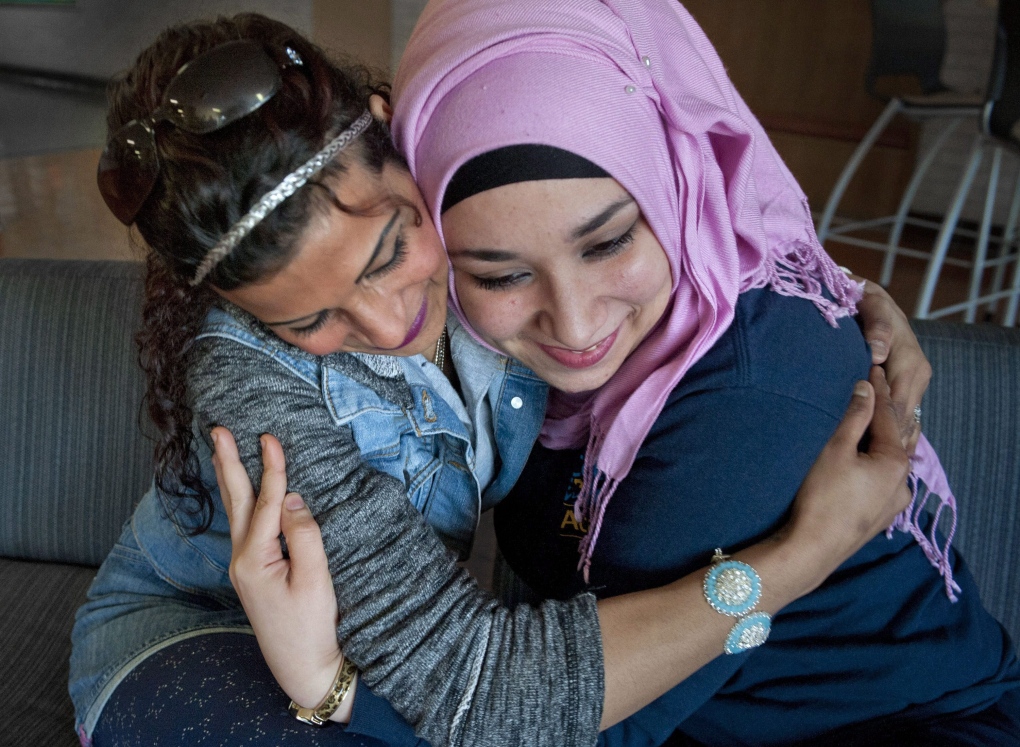 In this Friday, March 27, 2015 photo, Azal "Mary" Saleh, left, and Muna Ahmed, childhood friends, hug one another, in Grand Rapids, Mich. According to a new Statistics Canada report, Canadians have more friends today than they did 10 years ago. (Chris Clark/The Grand Rapids Press via AP)

If your social life has picked up in the last decade, you’re not alone.

According to a new Statistics Canada report, Canadians have more friends today than they did 10 years ago.

In addition to this, the survey found that these growing friend groups are increasingly diverse, and that in 2013, almost 60 per cent of Canadians had spent time with friends "from an ethnic group visibly different from their own."

The impact of social networking

"It was found that Canadians who frequently used social networking sites were more likely to have three or more close friends," the report says. "These findings are not surprising, since the nature and purpose of these sites are to maintain social contacts with many people."

What’s more, these extra relationships aren’t just restricted to the virtual world, the report says. The survey suggested that people who use social networking sites were more likely to frequently see friends in person.

Overall, Canadians did report a decline in how often they see their friends in real life, a trend that the report says may be explained by an increase in other forms of communication, such as text messaging. But, the report said this didn’t seem to bother Canadians.

"The vast majority of people were satisfied with the frequency of the contacts," it said.

"In other words," the report says. "Almost one in six had no close friends they could confide in or call for help."

The General Social Survey is based on responses from 73,047 Canadians aged 15 or older, who responded to surveys in 2003, 2008, and 2013. The survey excludes people living in full-time institutions.