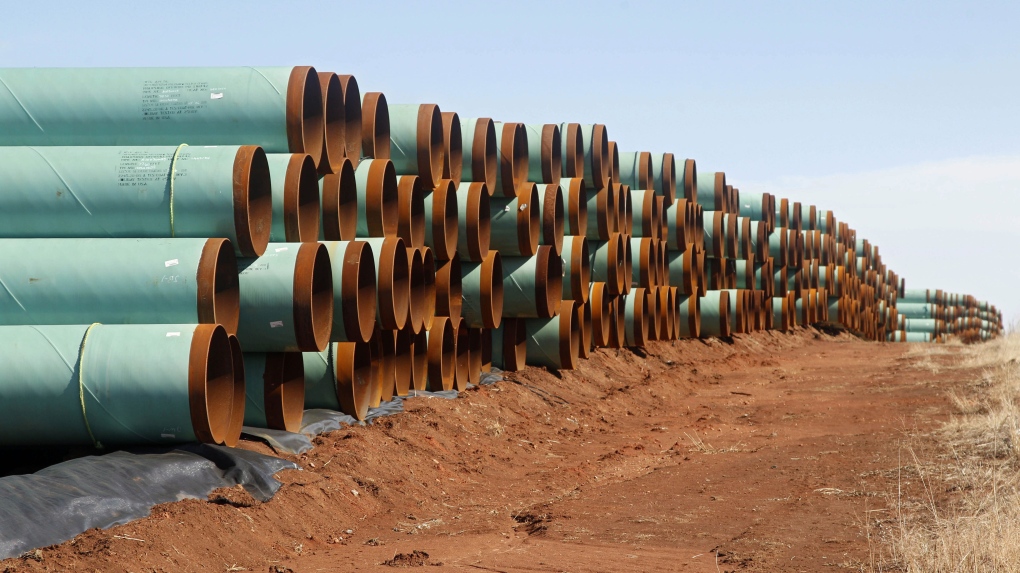 Miles of pipe ready to become part of the Keystone Pipeline are stacked in a field near Ripley, Okla., Wednesday, Feb. 1, 2012. (AP / Sue Ogrocki)

A majority of Canadians say they are “concerned” about potential negative financial impacts on their families if proposed pipeline projects fail to get the go-ahead, a new poll suggests.

The Ipsos Reid/CTV News poll found that six in 10 Canadians “agree” that they are “concerned that if Canada’s government can’t find a way to proceed with some of the oil and gas pipelines that have been proposed, our economy could be hurt in a way that impacts my family’s financial security.”

Separated along gender lines, men were far more likely to be concerned, with 64 per cent agreeing with the statement, while 56 per cent of women agreed.

Broken down by province, those who agreed included:

The online poll was conducted from Sept. 18 to Sept. 20 and included 1,035 Canadians. It is considered accurate to within +/- 3.5 percentage points.

The poll results come as Canada continues to push officials south of the border on the Keystone XL pipeline, which would transport Alberta bitumen to refineries on the U.S. Gulf Coast. U.S. President Barack Obama has delayed his decision on the project, although Prime Minister Stephen Harper said on a recent trip to New York that Canada won’t “take no for an answer.” Harper’s comments suggested Canada would continue to lobby subsequent administrations until the project gets approved.

Harper and other supporters of the project cite potential economic benefits of the project, including thousands of new jobs and greater energy security. Opponents argue the pipeline will lead to devastating environmental impacts, and have turned their attention to two proposed projects in British Columbia: Kinder Morgan’s Trans Mountain and Enbridge’s Northern Gateway pipelines.

A federal panel probing the Northern Gateway project is expected to issue a report to the federal government by the end of the year, while Trans Morgan will likely file an official application within months.