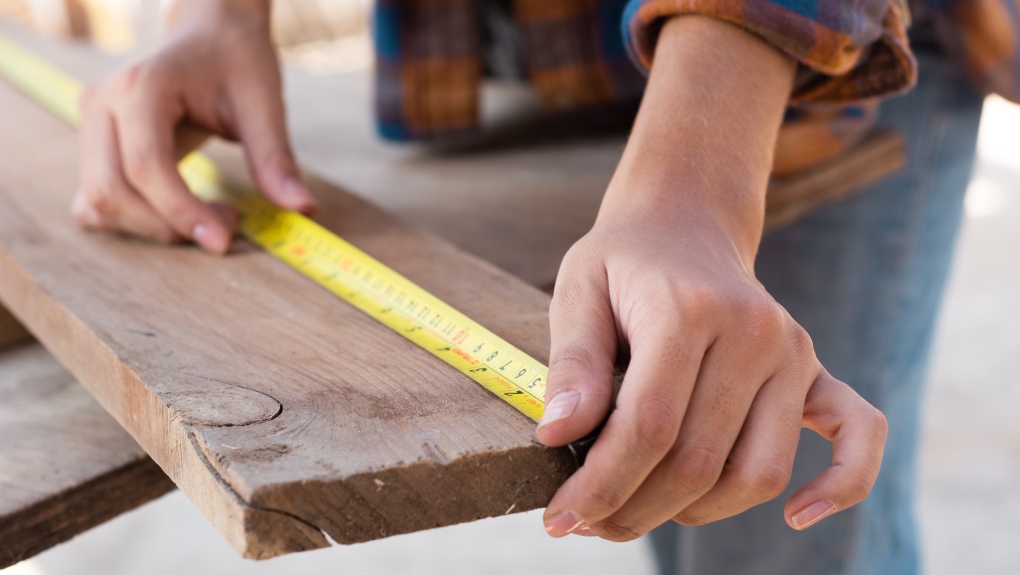 A person seen measuring wood in this file image. (Photo by Los Muertos Crew via Pexels)

While many Canadians don’t support moving away from the metric system of measurement, many continue to use imperial measurements in their daily lives, a new online poll by Research Co. has found

Canada is a "metric" nation, having officially converted in 1970, but there is inconsistency in employing such measurements, the poll published Monday has found, with Canadians gravitating toward imperial measurements for height, weight and oven temperature.

It was found that 80 per cent of Canadians measured a person’s height in feet and inches, while only 20 per cent rely on metres and centimetres.

Seventy-six per cent of Canadians determined a person’s weight in pounds, while only 24 per cent did in kilograms. And finally, 59 per cent measured their oven temperature in Fahrenheit while 41 per cent preferred Celsius.

But for volume, speed and outdoor temperature, Canadians preferred the metric system, the poll found.

Eighty-four per cent of Canadians determined the volume of liquid in a container in litres, whereas 16 percent used quarts and gallons.

There were also discrepancies in who wants to adopt which system across the country, with the preferences greatly differing according to age.

“Practically two-in-five Canadians aged 55 and over (38 per cent) would go back to the imperial system of units,” said Mario Canseco, President of Research Co., in a release.

Overall, the poll found that the metric system was preferred by more than half (56 per cent) of its respondents, compared to 23 per cent against it.

The online poll surveyed 1000 Canadian adults from Aug.1 to Aug. 3, and was “statistically weighted according to Canadian census figures for age, gender and region,” according to the release.

The only countries in the world that still use the imperial system on a daily basis are the United States, Myanmar, and Liberia.

Refugee and human-rights advocates are telling the Supreme Court of Canada that a binational pact 'contracts out' Canada's international obligations to refugee claimants to the United States, without proper followup to ensure Washington is doing the job.

A former policeman killed 34 people including 22 children in a gun rampage at a daycare centre in eastern Thailand on Thursday, later shooting dead his wife and child at their home before turning his weapon on himself, police said.