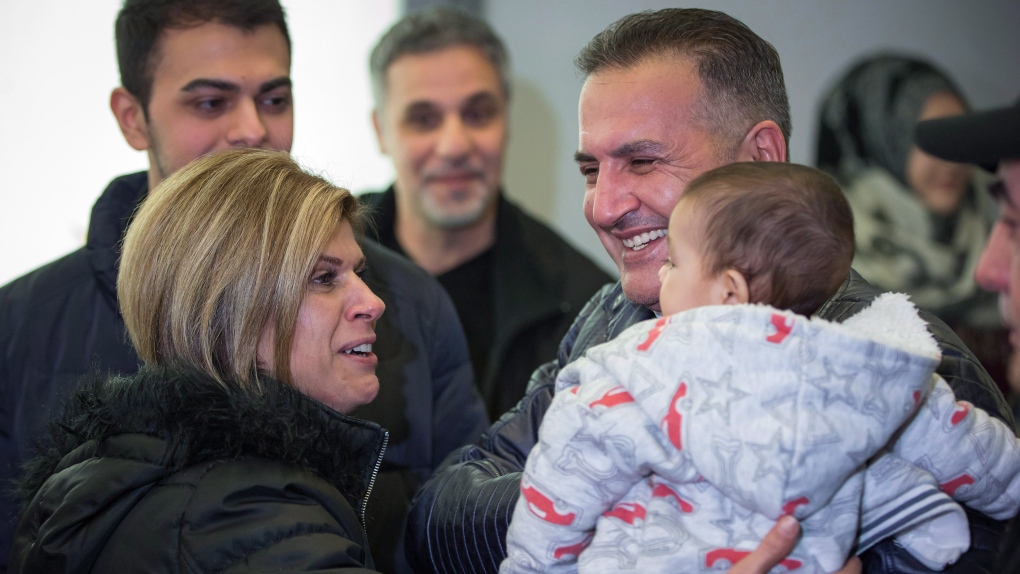 Tima Kurdi, left, who lives in the Vancouver area, embraces her brother Mohammad Kurdi and his 5-month-old son Sherwan Kurdi after her brother and his family, who escaped the war in Syria, arrived at Vancouver International Airport, in Richmond, B.C., on Monday, Dec. 28, 2015. (THE CANADIAN PRESS / Darryl Dyck)

VANCOUVER - A group of newly arrived Syrians is getting a front-row introduction to one of Canada's most quintessential pastimes.

Tima Kurdi and her extended family have been invited to attend a varsity men's hockey game Friday night at the University of British Columbia.

Kurdi says her nephews are excited to take in the game between the UBC Thunderbird's and the Lethbridge Pronghorns.

The boys recently started playing street hockey with neighbourhood kids in a cul-de-sac outside her home.

Kurdi's brother Mohammed arrived with his wife and five children in Canada in late December, three years after fleeing their native Syria.

Kurdi became a spokeswoman for Syrian migrants after her three-year-old nephew, Alan Kurdi, the son of her other brother Abdullah, drowned while crossing the Mediterranean.